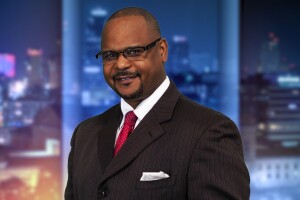 Kansas City is home for Sports Anchor Dee Jackson, which gives him an instant connection to the teams he grew up rooting for. A graduate of Lincoln Prep, Dee set several school and state records on the baseball diamond. He is even in the National High School Record Book for stolen bases, and went on to play Division I baseball at Alabama A&M University, receiving his degree in telecommunications.

Dee's EMMY award winning broadcast career started while still in college, and he's gone on to cover some of the nation's biggest sporting events. As Sports Director for the Alabama News Network in Montgomery, (WAKA-TV) Dee provided nightly content for the ABC, CBS and FOX affiliates. Jackson has been recognized by the Associated Press multiple times, winning awards for Best Sports Story, Best Sports Feature and Best Sports Anchor. Dee has had the distinction of covering four consecutive BCS National Football Championship games, back to back World Series, 4 MLB All Star games and the Final Four.

Before working at the Alabama News Network, Dee was a Sports Anchor/Reporter in Birmingham. He has also served as a Sports Reporter at KHBS/KHOG in Fort Smith, Arkansas.

Somewhat of a "Renaissance Man", Dee enjoys music, philosophy and history. He has been both a high school instructor and college professor by day, while delivering his sportscast in the evening.

Always ready to get back into the KC community, Dee also enjoys lending his name and time by hosting various civic events around town.