As more manufacturers commit to electric vehicles, 41 Action News takes one for a test drive 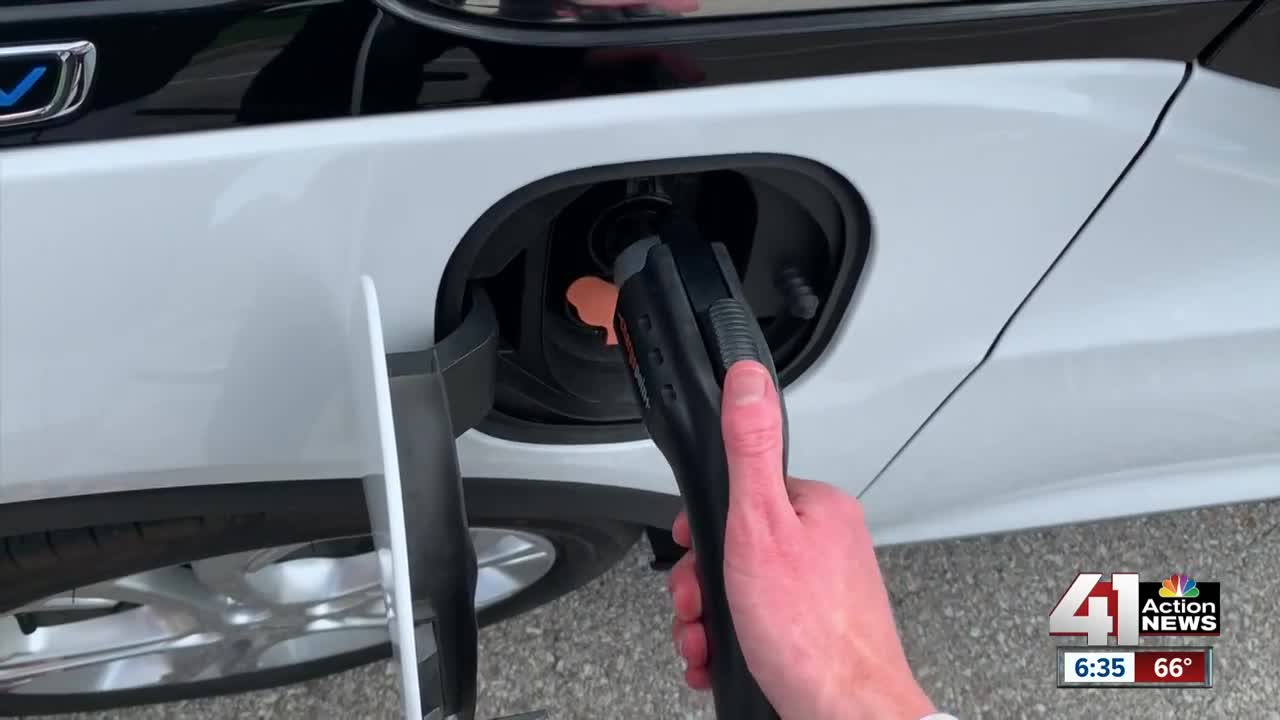 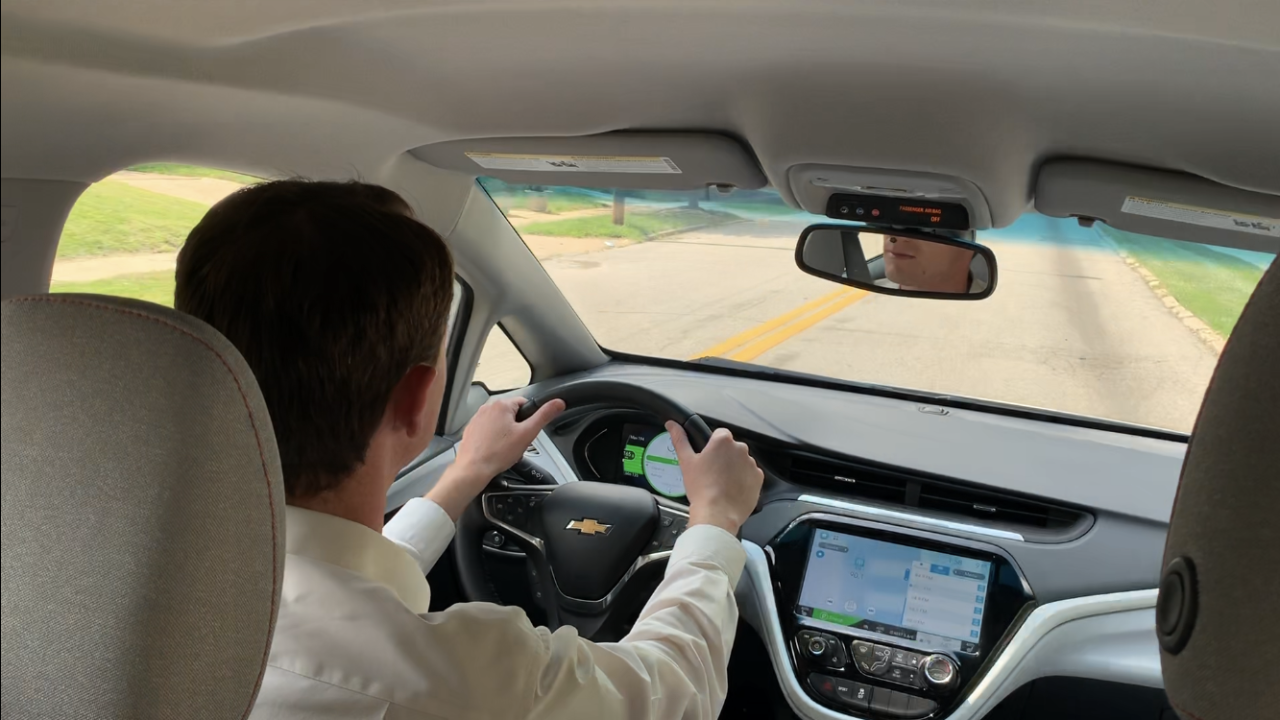 KANSAS CITY, Mo. — From how to charge an electric vehicle, to how they handle compared to their gasoline-powered counterparts, we took a Chevrolet Bolt for a test drive to find out firsthand.

Check out my new ride (temporarily). This is a Chevy Bolt. It’s all electric, no gasoline! @KCPLConnect is letting me test drive it. What questions do you have about electric vehicles??? pic.twitter.com/k6fN9dZPIS

The first thing Keegan noticed was how quiet the car was. Unlike a gasoline-operated cars, you can barely tell when the engine in an electric vehicle is running. And it remains quiet at most speeds.

Check in #1: this car is quiet. The same can be said for most EVs. No rumbling gasoline engine, just a little whir. pic.twitter.com/DKCnMxpCJL

Speed is another factor that took Keegan by surprise. The Bolt had no trouble accelerating and keeping pace with highway traffic.

Check in #2: The Bolt had some get up and go on the highway. Would never have thought the EV was any different than a gasoline-powered car. @KCPLConnect is expanding its clean charge network on interstates like I-70 pic.twitter.com/C4xMgDG7hj

Many people worry about running out of power and steer clear of electric vehicles as a result. Jeff Beeson from Evergy said the company has installed more than 2,000 charging ports from Sedalia to Hayes as part of the Clean Charge Network. So finding a place to charge the vehicle’s batteries isn’t a problem.

“We’ve dominated the in-town driving, so now you can get to work, get to the supermarket. The next step are those long road trips. So we’re focusing on highway 70 and 35, those big corridors in our area,” Beeson described Evergy’s future plans.

Charging at a public station proved to be easy. Downloading a smartphone app made it simple to connect with the port and begin a charge.

Check in #3 with the electic Chevy Bolt. Here are the basics at charging at one of @KCPLConnect’s ChargePoint stations. pic.twitter.com/WhQBNThPFs

Electric vehicles can charge in a standard 120 volt outlet inside a garage or outside a home. That’s considered a trickle charge which loads the batteries with about 4 miles of range every hour. If a person drives 40 miles a day, they can fully recharge overnight.

Most public charging stations in the Clean Charge Network add roughly 30 miles of range for every hour of charging. But Evergy is now installing Level 3 chargers which can fill a vehicle’s battery to about 80 percent full in roughly 20 minutes - perfect for a coffee break on a road trip.

Beeson said plugging your car into your home will increase your electric bill by about the same amount as adding a second refrigerator to your home. Many estimates say charging an electric vehicle is the equivalent of paying 70 cents per gallon of gasoline.

The Bolt has a regenerative braking feature. It basically allows the driver to stop the car without using the brake pedal. The vehicle takes energy from the wheels and turns it into electricity to power the vehicle. The sensation of stopping by simply letting off the accelerator, and not touching the brake pedal was the hardest thing for Keegan to adapt to.

Check in #4. One pedal driving is here. This EV has a setting where you don’t even use the brake! The car recharges as it stops. pic.twitter.com/RZcOGk1ufn

Saturday, August 31, representatives from Evergy will be at KCP&L’s Connect Center at 1710 Dr. Martin Luther King, Jr. Blvd. for an electric vehicle showcase. They will be able to answer questions and even let pre-registered guests test drive a car. The event runs from 9 a.m. to 1 p.m. Click here for more information.

Check in “5: here’s the app to find a public charging station and then monitor your charge via the @KCPLConnect clean charge network. pic.twitter.com/Ir4xJqRedX