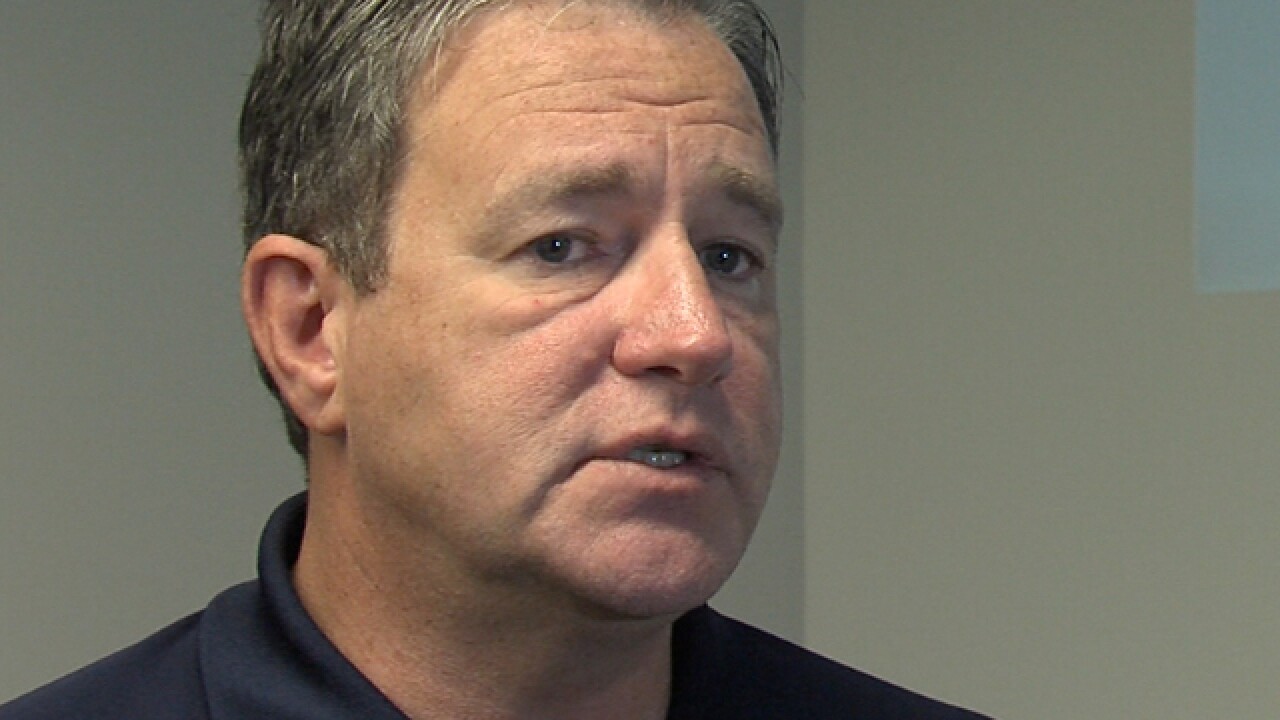 KANSAS CITY, Mo. — The Kansas City Fraternal Order of Police is asking Chiefs players help out with a community program.

This comes after more than 100 NFL players protested for racial injustices over the weekend.

“For me, protest has to mean something. It has to go somewhere, it has to have some substance,” KC FOP President Brad Lemon said.

The FOP recently made public a letter it sent to Chiefs cornerback Marcus Peters earlier this month after he sat during the national anthem.

It reads, in part: “You might expect this letter to contain a litany of criticisms. Instead, it’s an invitation to come work with us to make a difference […]”

They’re talking about a new program at Wendell Phillips Elementary, where police officers would eat with families. They’ll offer forums for parents to talk about concerns and provide resources.

The program starts at 5 p.m. with dinner every second and fourth Tuesday of the month at the school. The first event starts Tuesday evening.

The FOP said they chose Wendell Phillips because it’s in one of the most violent areas of the community. They hope the program will help bridge the gap between the urban community and police.

Chief of Police Rick Smith said the program is one they haven’t tried before.

“To be safe and secure and be able to have that conversation. We all probably think that happens every day, but for some families that doesn’t happen. This is going to be an opportunity to start building that,” Smith said.

Lemon said the thought is if Chiefs players, and dozens of other NFL players, are protesting on behalf of minority communities, then they can help be a solution.

“It’s one thing to sit on the sidelines. It’s one thing to kneel during the anthem. It’s another to actually get up, spend your evening and afternoons with at-risk youth,” Lemon said. “I just wanted them to know that we’re here, we’re ready to start something.”

Lemon said Peters hasn’t responded to his letter yet, but said other Chiefs members expressed interest in participating in the program.

The program is a partnership between KC FOP, KCPD, Parents of Murdered Children, and the Kansas City Public School District.

Wendell Phillips Principal Dolores Brown told 41 Action News she’s not ready to comment on the program until she knows it works.

Ray Weikal, a spokesperson for the school district, said he can’t anticipate the program’s success, but hopes many parents show up. He said the district is thrilled to work with the police to help make a difference.