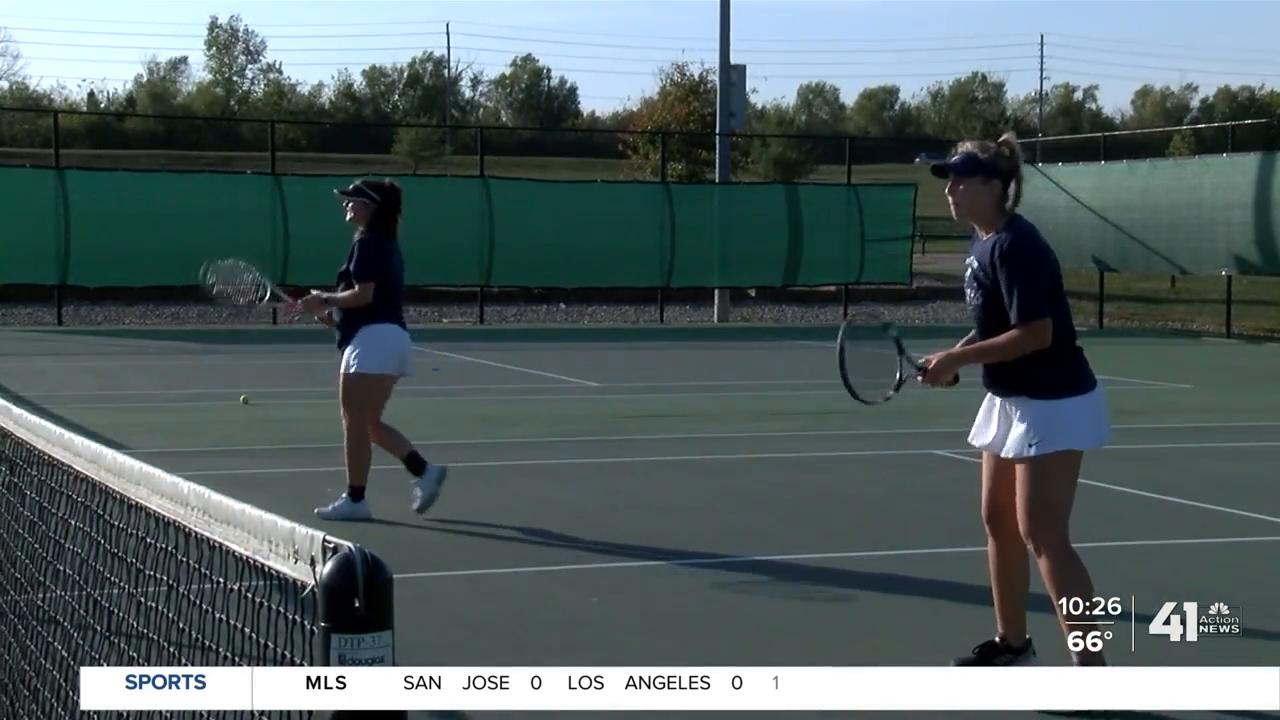 For the first time in school history, St. Michael the Archangel qualified two tennis players for the Missouri Class State Girls Tennis Tournament. The senior doubles duo of Jenna Drake and Emily Rogge also are out Hy-Vee High School Athletes of the Week. 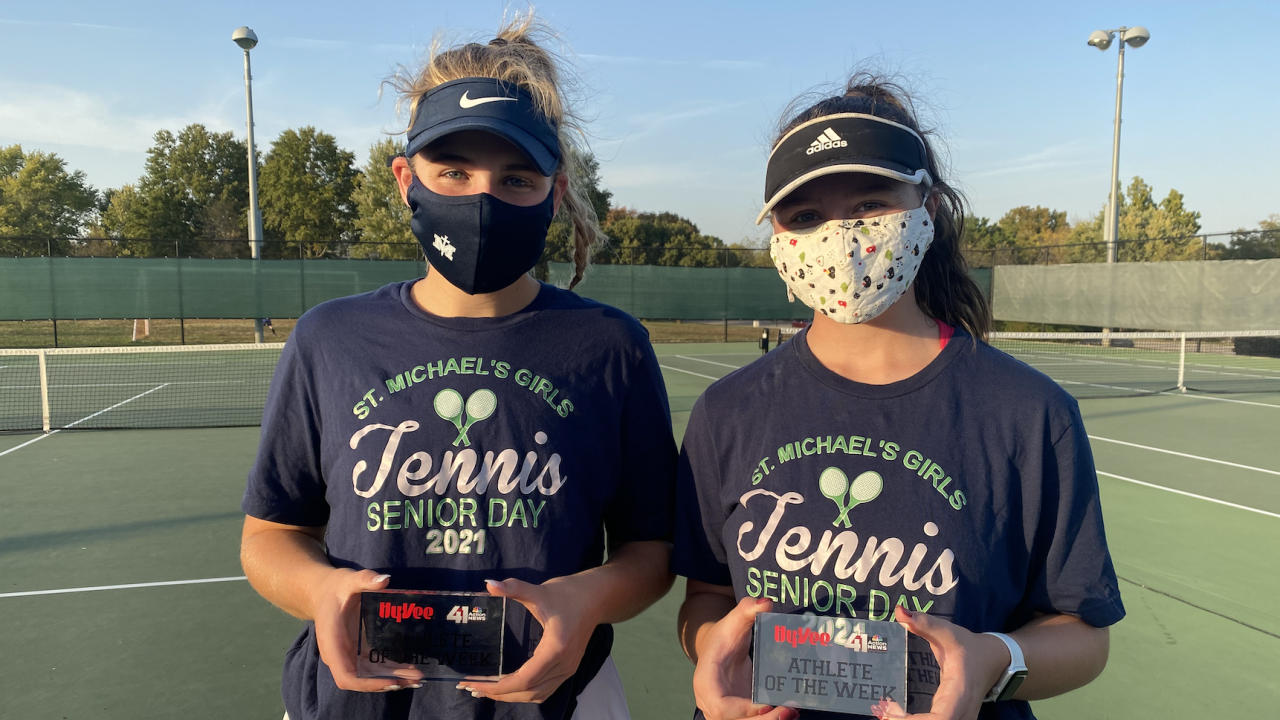 “It feels like all the hard work that I’ve put into tennis these past four years have really just shown right here, so it’s really great," Emily Rogge, who qualified for the state doubles tournament with partner Jenna Drake, said.

Drake and Rogge, both seniors, play Friday in the state tourney's round of 16 at Cooper Tennis Complex in Springfield. The pair switched from laying volleyball to giving tennis a try after getting to high school.

“I started tennis three years ago," Drake said, "and I never thought I would make it this far."

“They’ve worked hard," Hirtzel said. "We put them together as a team early on and we saw early on they gelled and they played a very tough schedule."

With a win in the sectional round, Drake and Rogge would advance to the quarterfinals, which are also Friday. The semifinals and Missouri Class 1 championship match are scheduled for Saturday.

“I’m starting to get a little anxious about it, but I’m really excited," Drake said.