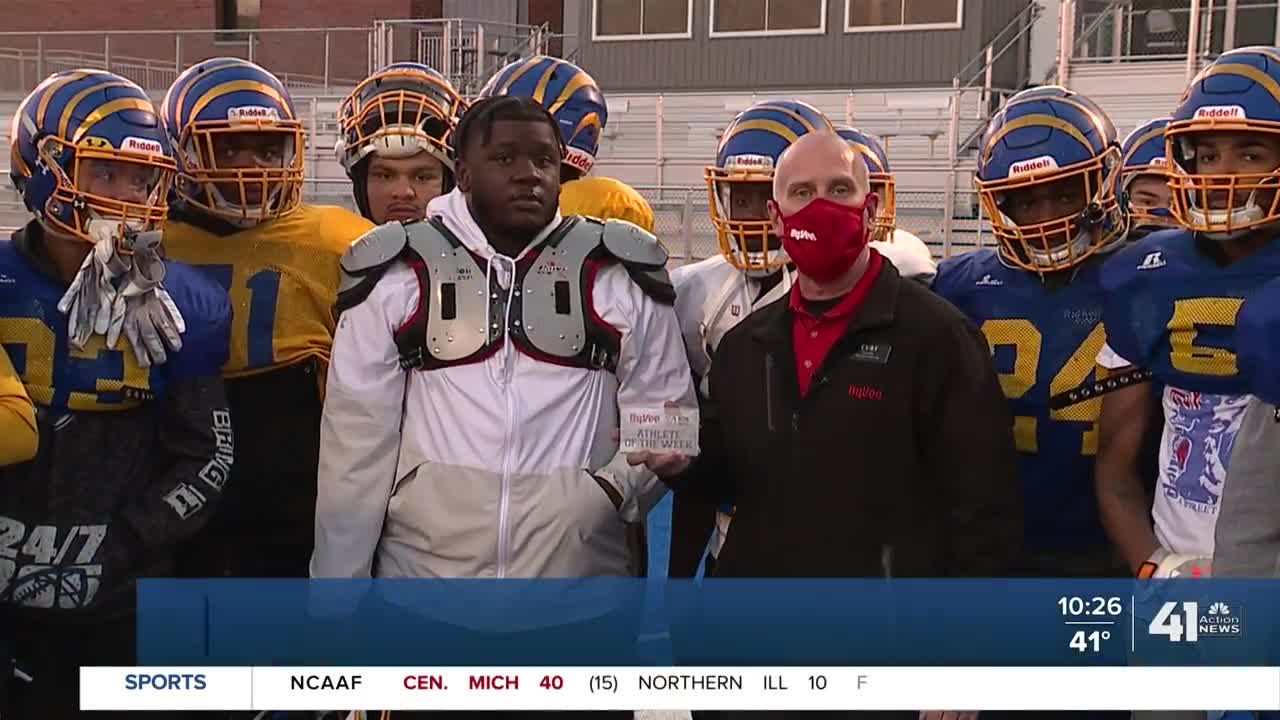 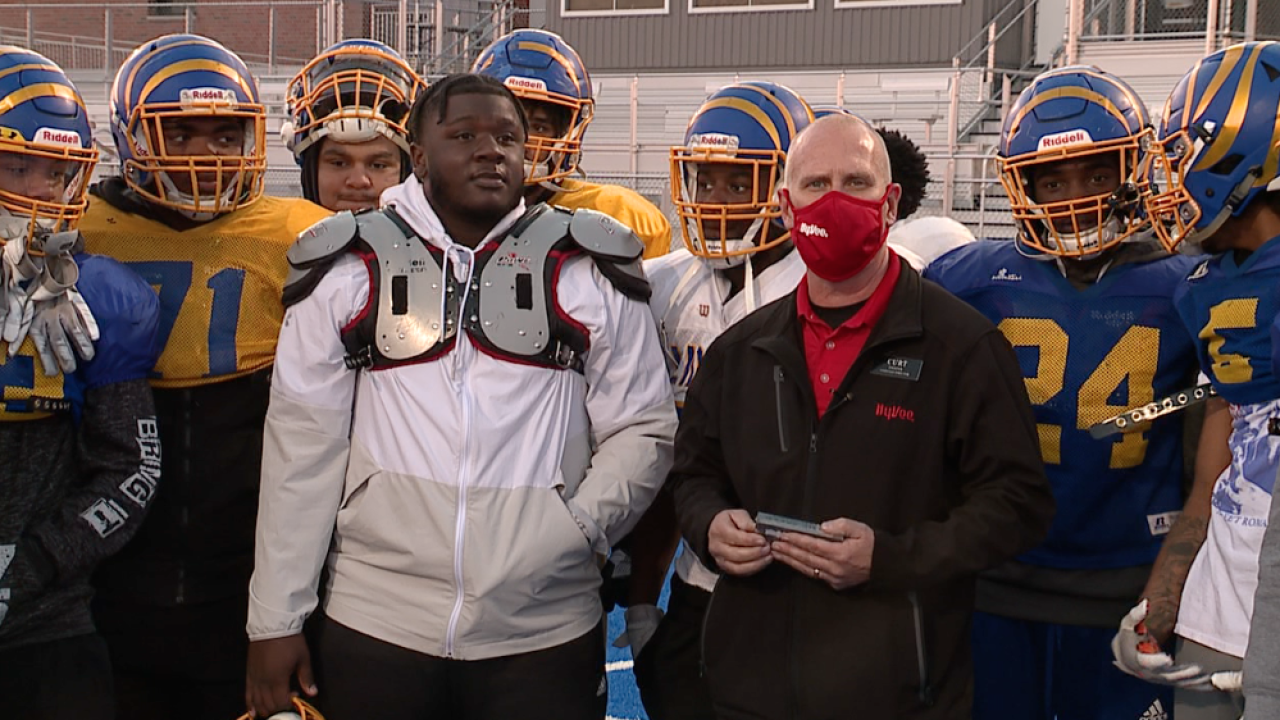 KANSAS CITY, Mo. — Quarterback has been Howard Brown's position for years, but it won't be when he moves on to college.

Standing 6 feet 2 inches tall and weighing more than 300 pounds, Brown told 41 Action News that most people are shocked – or think he's kidding – when he tells them he starts at QB for the Blue Tigers.

"As long as I've been the head coach, Howard's been my quarterback," William Lowe, head football coach, said. "Howard's been a special player in our program for a long time."

After high school, Brown will leave his position at QB behind, and play defensive tackle for the Iowa State Cyclones.

"I'll miss it, just like the running the ball part you know, just because me running over people, it feels good when I do that," Brown said. "I'm not going to get to do that for real anymore."