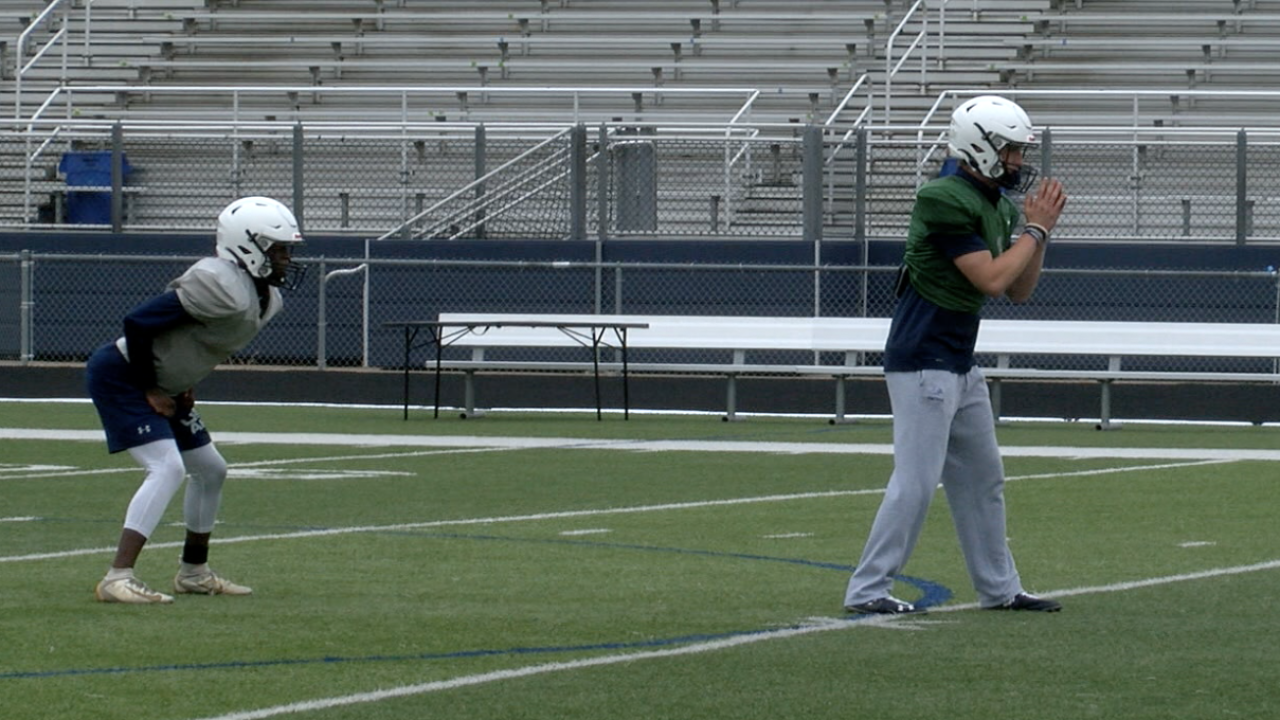 SHAWNEE, Kan. — Friday night's match up between Mill Valley and Derby high schools might have been the biggest game in Kansas since 2017.

Coming off a state title, the Jaguars got the win over Derby, 45-14.

Quarterback Cooper Marsh and running back Quinten Wittenauer rushed for a combined five touchdowns and finished the game with more than 100 yards rushing.

Wednesday, the two were named Hy-Vee Athletes of the Week for their standout play on the field.

“My success comes with other people," Marsh said. "So I’m not scoring my touchdowns if I don’t have the blocking. I’m not throwing any touchdowns if my receivers aren’t catching the football."

“It was super fun," Wittenauer said. "We prepared all week for this team, and I was just very confident with my game coming into it and our offensive line played great."

While football might look different this season due to the COVID-19 pandemic, the expectations for this year's Mill Valley squad remain the same, according to Joel Applebee, Mill Valley High School head football coach.

“Our mindset's a 1-0 mindset, you know?" Applebee said. "When we take the field, each rep's extremely important so, they want to focus on that rep and then it’s on to the next one."

With Marsh and Wittenauer leading the way, the reigning state champions look to take the title once again.