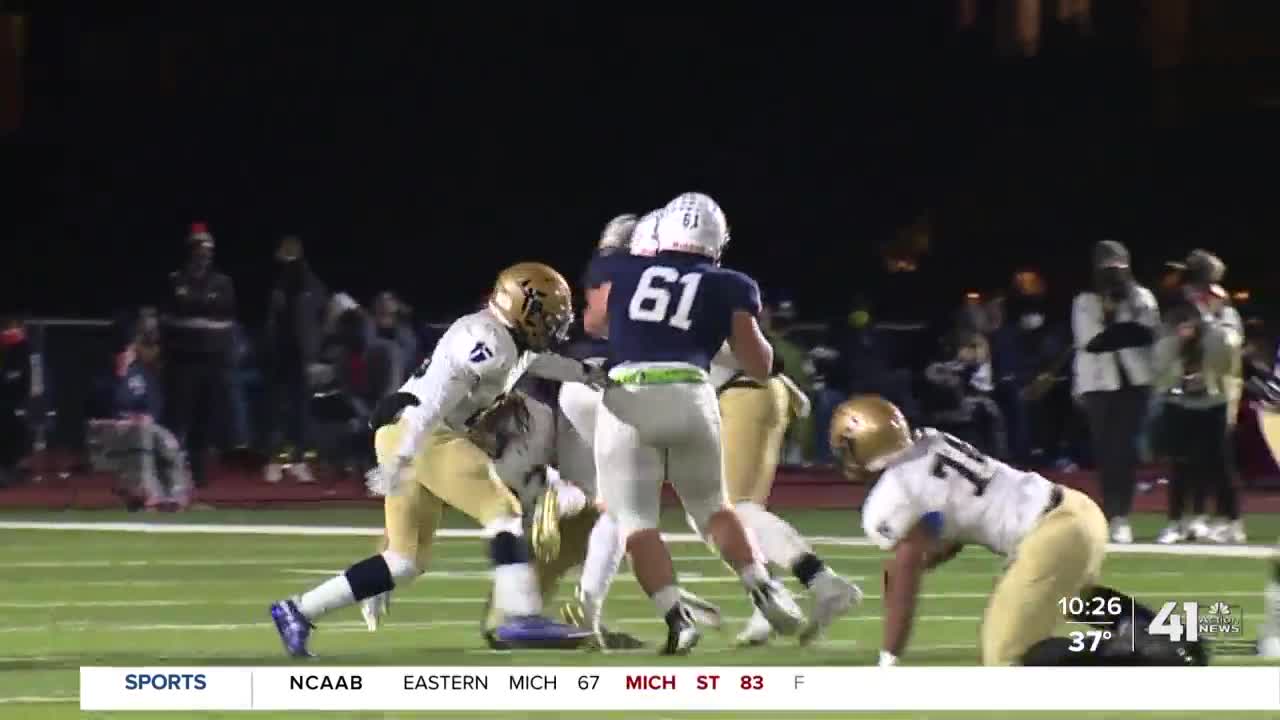 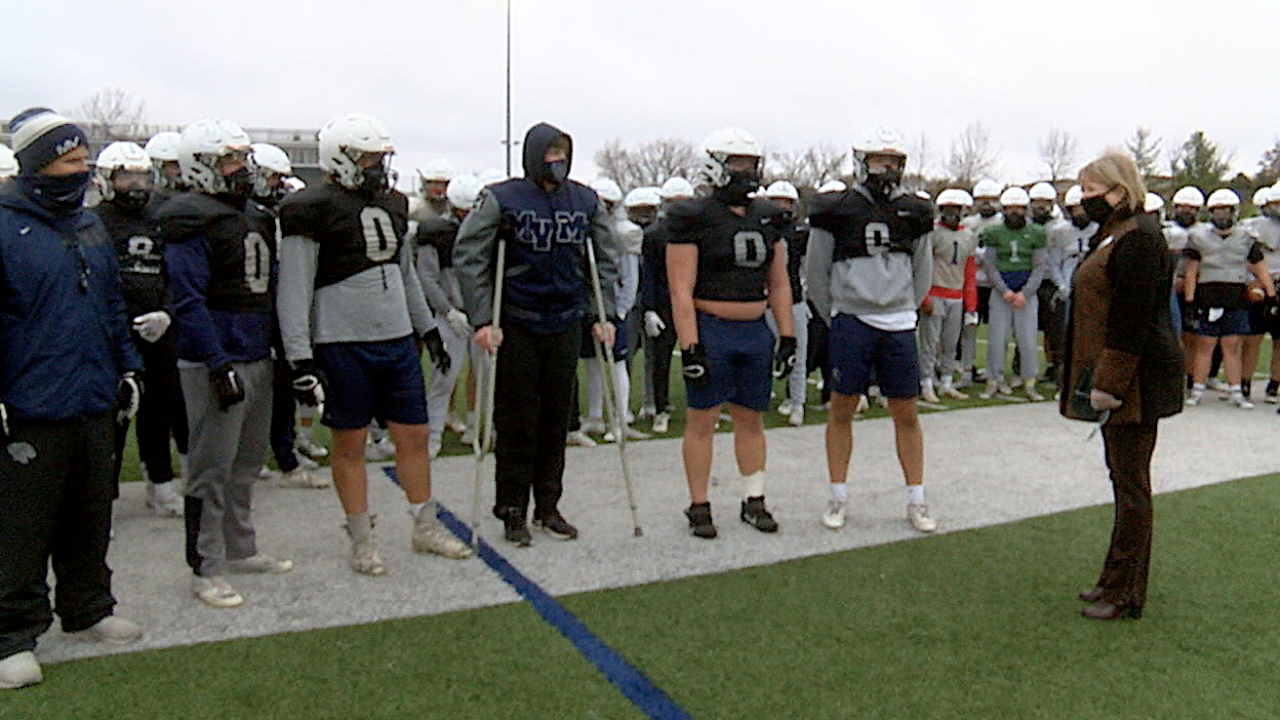 “We made Aquinas feel our presence, they knew we were there and we kept our foot on their throat for the entire four quarters," Aidan Shaffer, Mill Valley defensive lineman, said.

The Jaguars were dominant in their 42-7 win. The defense held the Saints to only 6 yards at the half and 85 total on the game.

“We’ve been building together all season long and [things] are coming to fruition, we’re playing really well as a unit and dominating people," said Ethan Kremer, also a defensive lineman for Mill Valley.

Mill Valley recorded 5.5 sacks and 7.5 tackles for loss. Wednesday, the team said their hard work in the off-season and during practices has paid off.

Wednesday, the defensive line was awarded the Hy-Vee Athlete of the Week award for its performance.

“Usually it goes out to one person," said defensive lineman Cody Moore. "It’s cool we get to do it as a group. It shows that it’s a team effort throughout the year, each game, each wrap, each play, you know, just shows that it’s awesome we can all be a part of this."

As the team prepares for its game against Northwest on Saturday, they hope to give the team its first loss of the season. The game will take place at 1 p.m. on Saturday at Pittsburg State University.

“It’s all about how we’re coached and how we prepare, that’s what separates us from the pack," said Cole Knappen, defensive lineman, Mill Valley.

In six years, this marks the fourth trip for the Jaguars to the State Championship game.

“We take a team approach, you know," Head Coach Joel Applebee said. "We want to – we really want to work hard and have individual success, but that collectively allows us to have team success and our kids understand that."