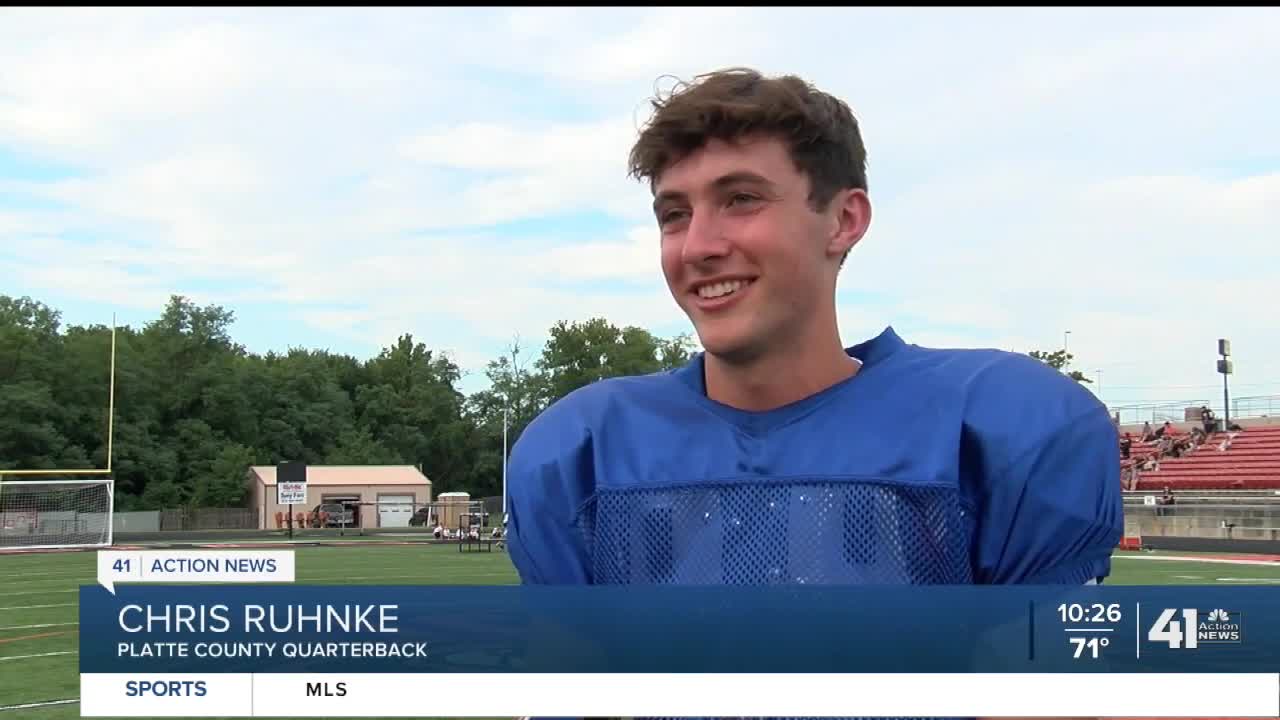 Platte County High School quarterback Chris Ruhnke is a man of few words, but a player who lets his game do all of the talking. 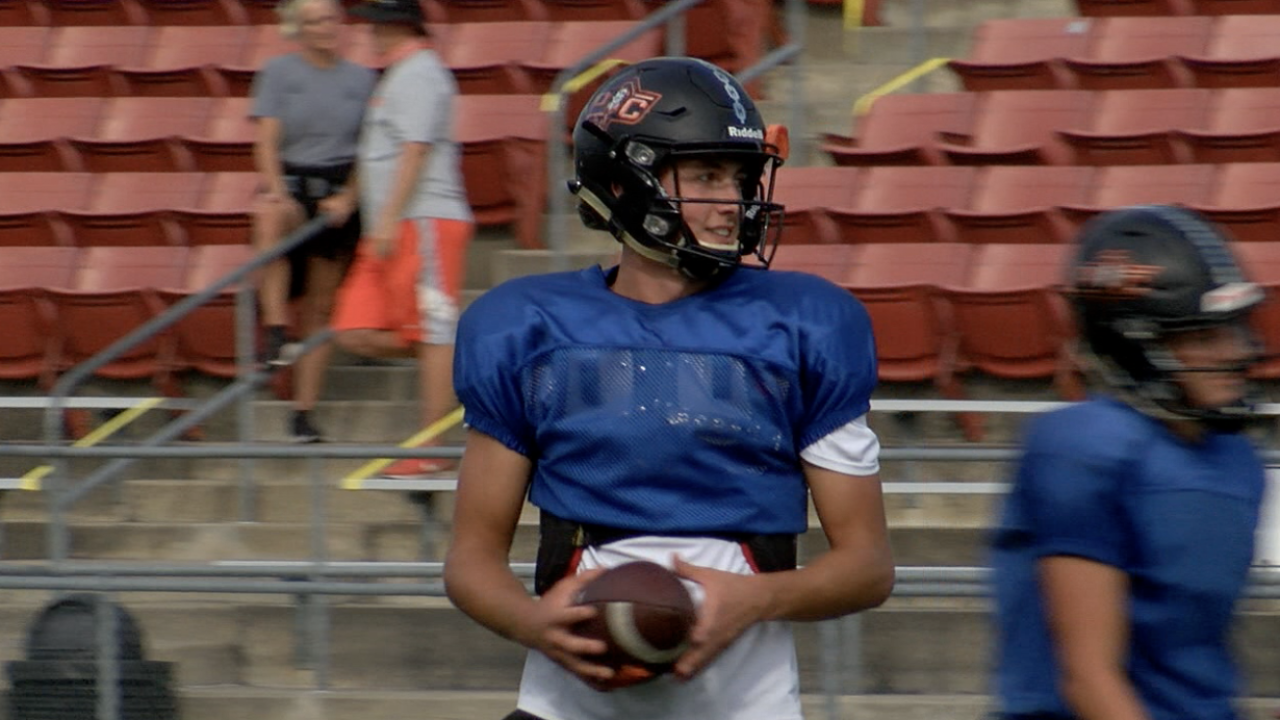 PLATTE CITY, Mo. — Platte County High School quarterback Chris Ruhnke is a man of few words, but a player who lets his game do all of the talking.

Wednesday, Ruhnke was presented with the Hy-Vee Athlete of the Week trophy.

Friday night during first game of the season, Ruhnke threw four touchdowns to get the 35-17 win over Park Hill South High School.

“I was a little surprised about the yards, but the touchdowns, two of them, I didn’t really do anything," Ruhnke said. "I threw it to our new 6’7” receiver and just let him go win a jump ball for me."

Taking the field in the middle of the coronavirus pandemic, Ruhnke said he knocked some of the rust off with his teammates over the summer.

“During quarantine, I’d try to get a couple receivers or so every week and just come out here and throw," Ruhnke said.

He also picked up a few new hobbies that he may or may not stick to.

“I play video games, started playing Madden and then me and my friends started golfing recently," Ruhnke said.

With a golf game that's not quite on par, Ruhnke told 41 Action News he's sticking to football and is hopeful his senior season is the best one yet.