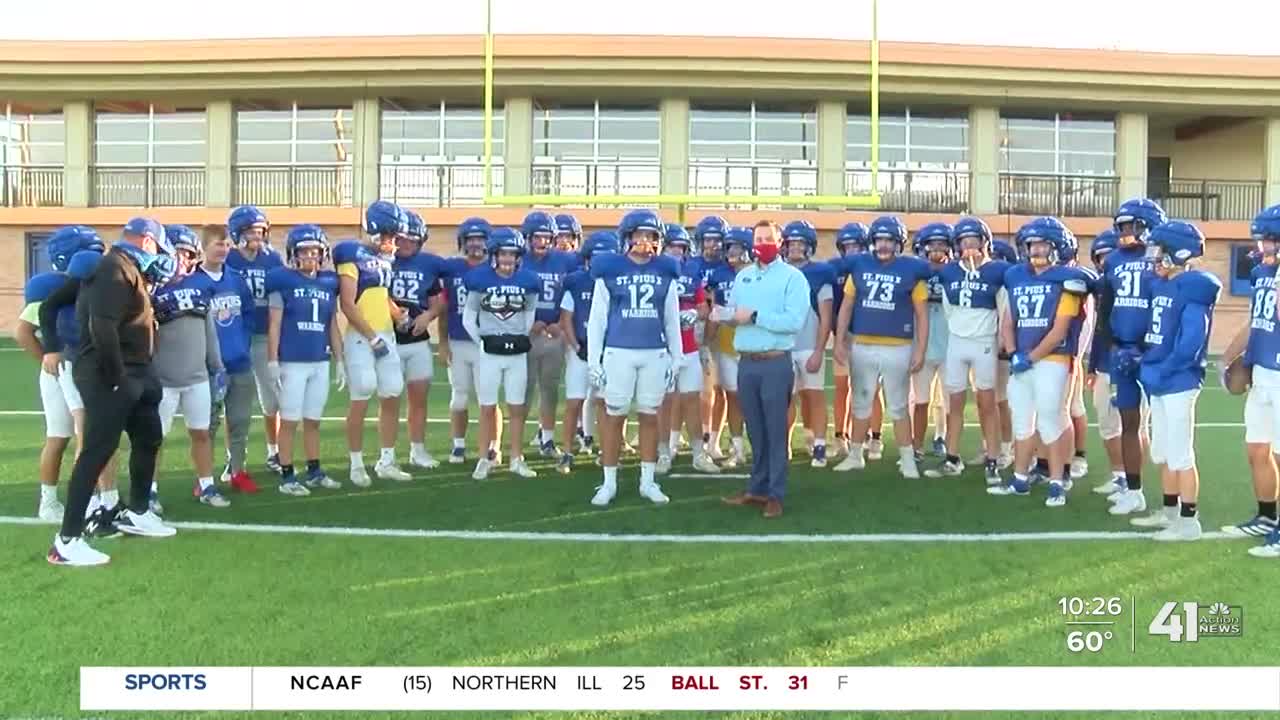 Going undefeated is not an easy task, but the Saint Pius X High School football team is well on its way with a 10-0 record. 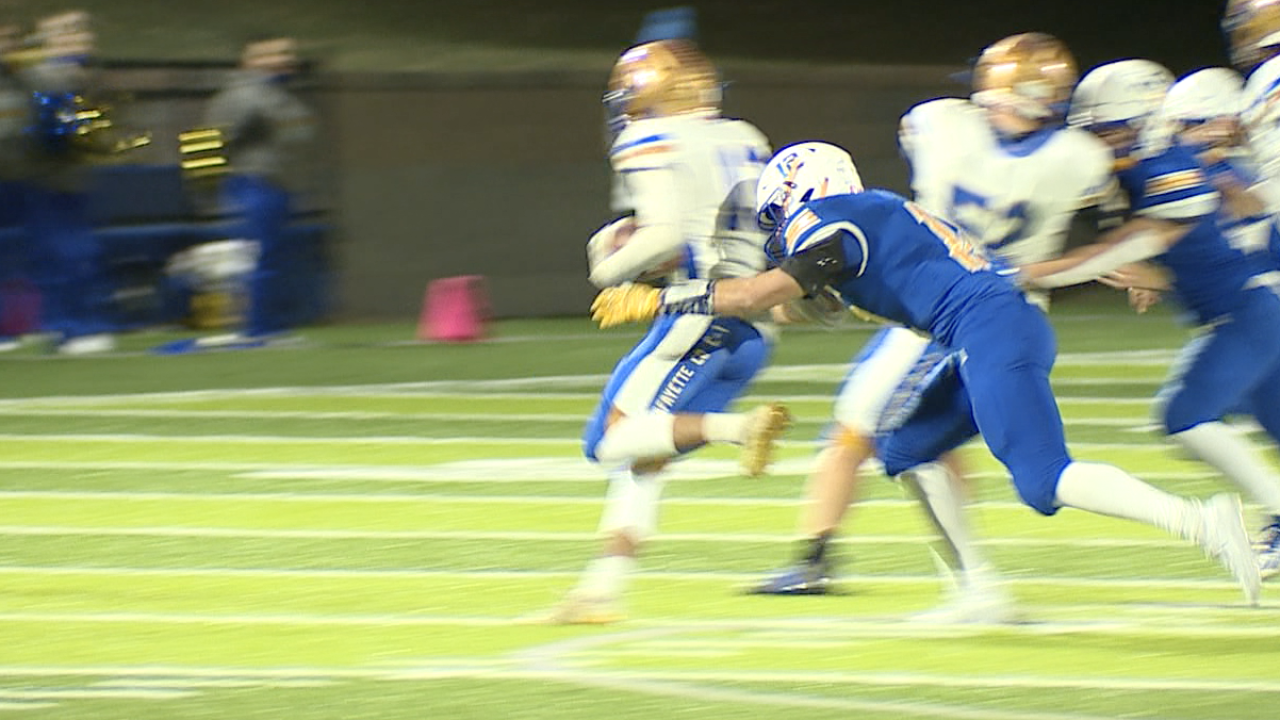 KANSAS CITY, Mo. — Going undefeated is not an easy task, but the Saint Pius X High School football team is well on its way with a 10-0 record.

“They’ve gone above and beyond and worked really hard," Head Football Coach Anthony Simone said, "and that’s why they’re sitting in the position that they are."

Middle linebacker Anthony Ross, a senior, had 12 tackles, playing a key role in the win.

The production Ross is putting on the field follows two straight years of injuries. Ross currently is playing with a bum shoulder after tearing his labrum in the first game of the season.

“When I first came in here this January, he had just had surgery to repair a torn labrum," Simone said, "and he came back from that strong. He started the year full-go and was awesome, and [in the] very first game, he tore the other one."

Simone told 41 Action News that Ross has not missed a start this season and will be back in action Friday night against Butler.

After high school, Ross said he plans to attend college, but only for academic purposes. He plans to hang up his jersey following the football season.

“This has been a great season to end it on," Ross said. "I hope to win State this year and really finish out this senior season."