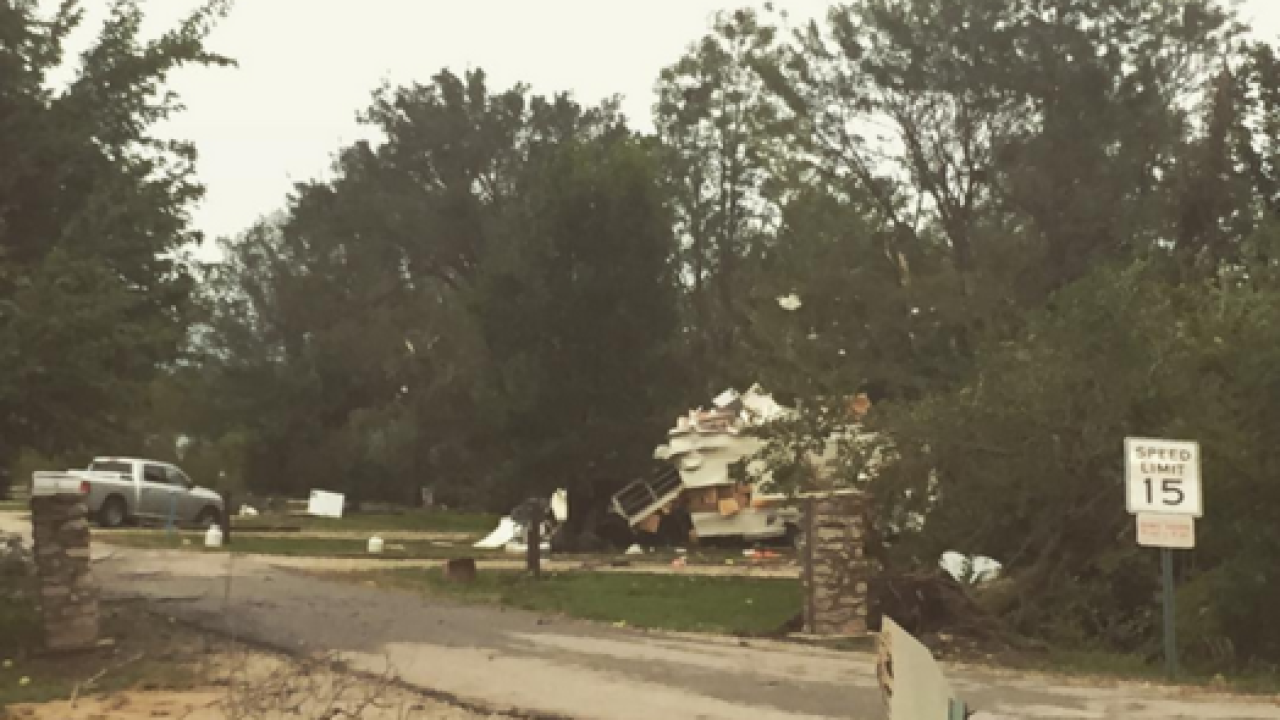 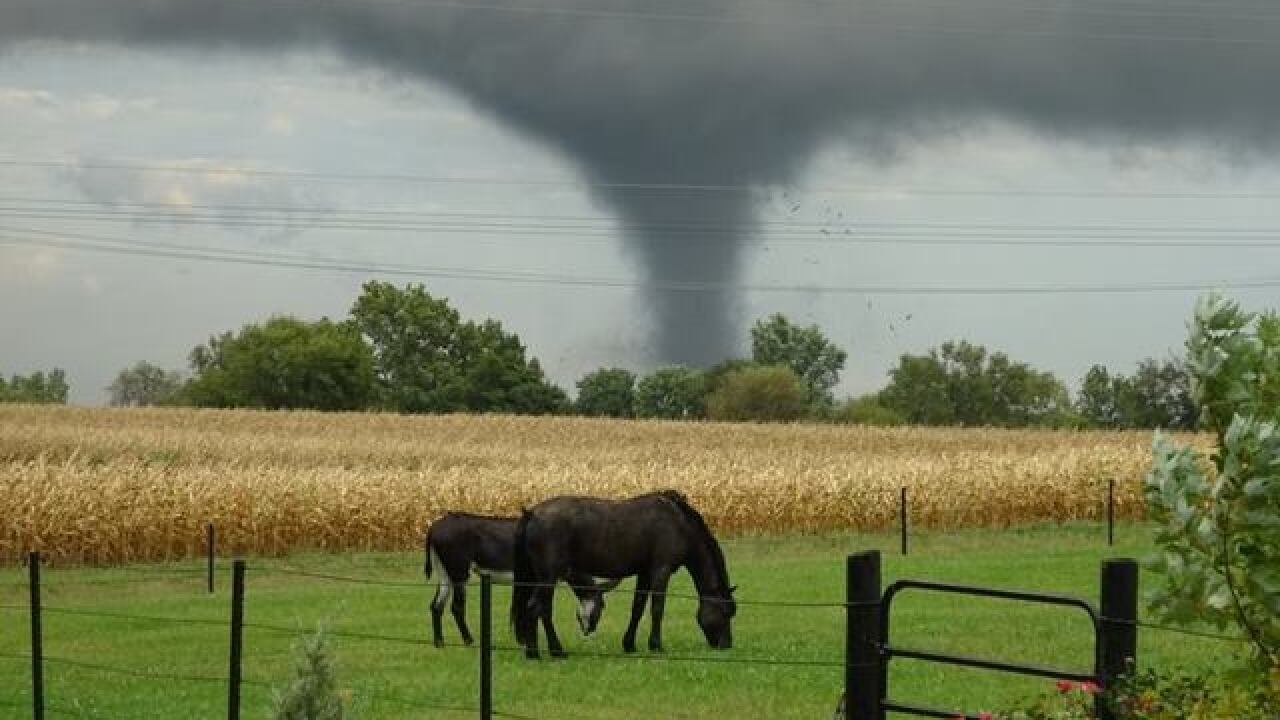 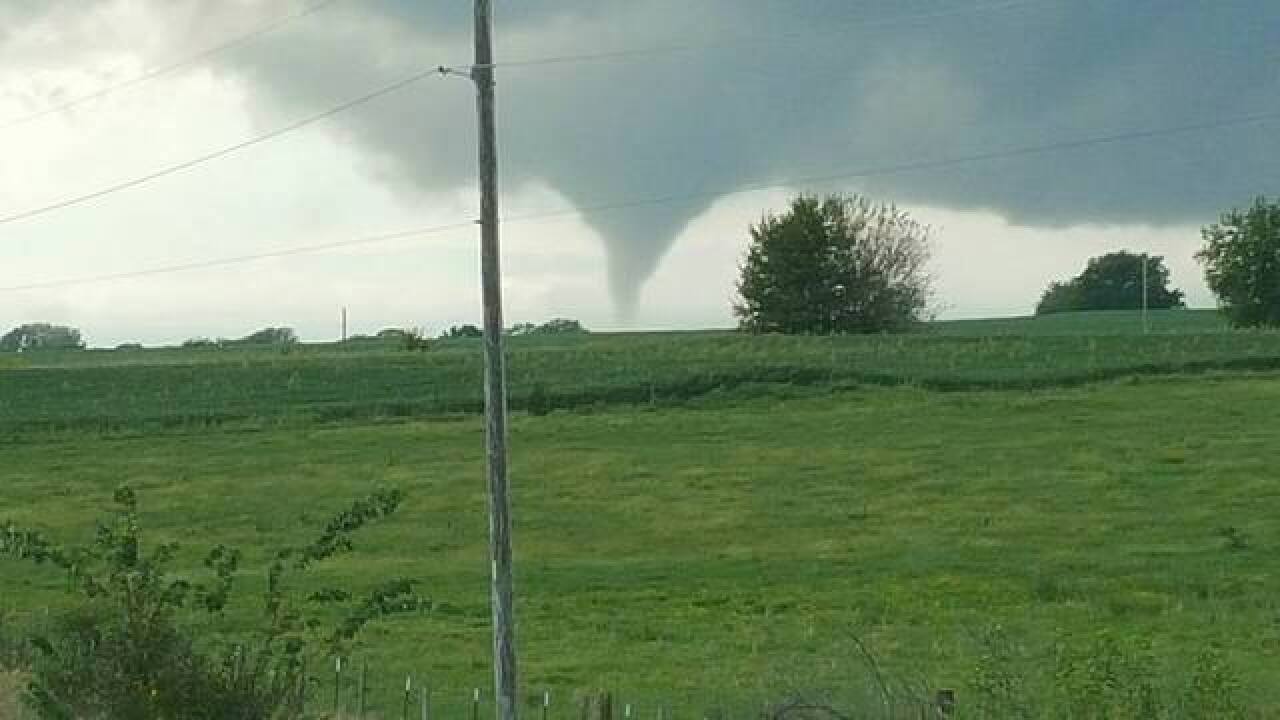 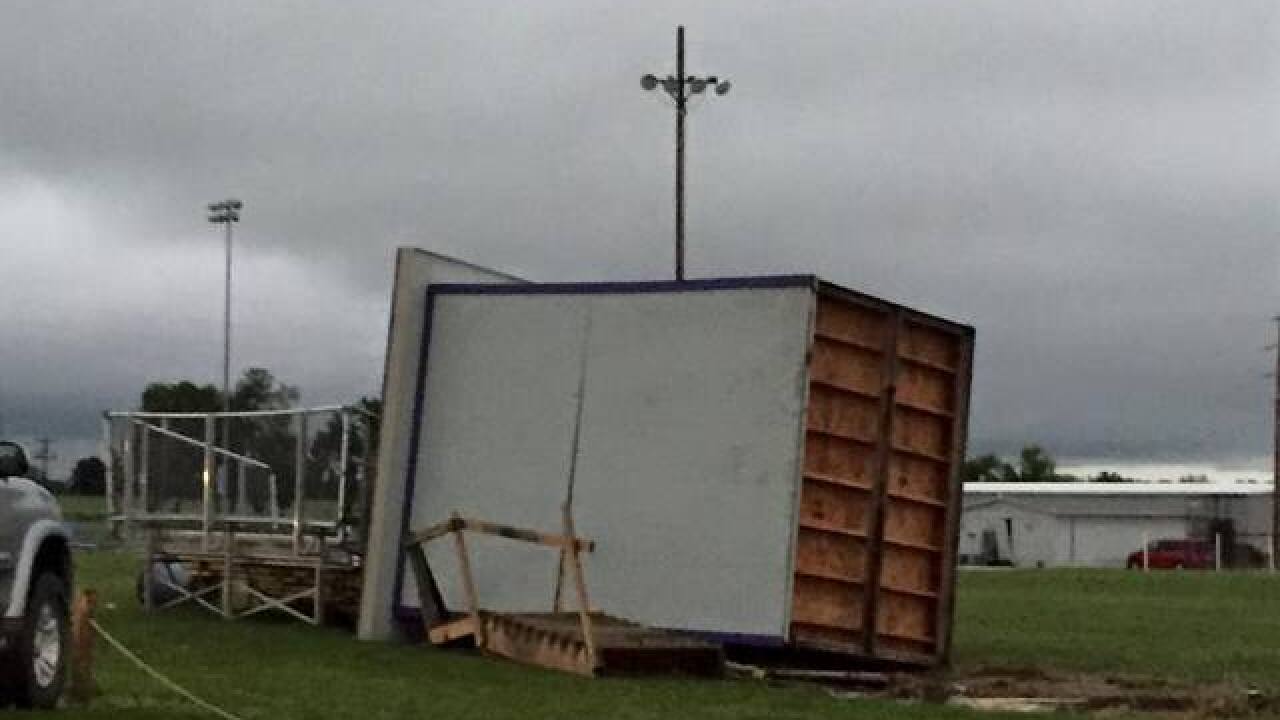 Several homes and other buildings were damaged and at least one person was injured after severe weather hit the Kansas City viewing area on Friday evening.

Throughout the evening, Tornado Warnings were issued for Miami County in Kansas and Ray, Carroll, Cass, Johnson and Henry counties in Missouri. The final Tornado Warning expired before 8 p.m.

In Cass County, one house was hit on the west side of Freeman. A barn was also hit northeast of Freeman.

At a camp site in Hillsdale, at least one person was injured.

Cheryl Press lives in Paola less than a mile from where an apparent tornado touched down. Just before, she got an alert on her phone. That's when she hit record on her camera.

"I saw the tornado drop from the clouds into the lake and I saw some debris flying," Press said.

The Miami County Sheriff's Office set up a command post outside Hillsdale State Park where damage was reported. The park has since reopened. Eight campers were damaged and five were destroyed.

Officials are confirming everyone at the campground is accounted for.

"It looked like rescue crews you know, kind of on top of some of the campers and getting under them. I think they were just making sure everything was safe," Julie Klaasmeyer, who saw the alleged tornado, said.

Kansas State Park officials say there was no tornado warning from the NWS.

"I've lived here for 20 years and never seen anything like this before,” said Press.

People can return to collect their belongings on Saturday, then park officials will be doing cleanup at the site.

The Red Cross is putting up two people overnight .

The National Weather Service will work to confirm if a tornado had formed and, if so, what category it is.

KCP&L is reporting about 371 customers are without power.

Several people sent us videos of severe weather on Facebook. Here's what they saw:

Tornado blowing through behind our house west side of Hillsdale lake. Miami county. Video one.

Video #2 . Tornado blowing through behind our house near Hillsdale lake Miami county.

We will continue to update this story as more information comes in to our newsroom.