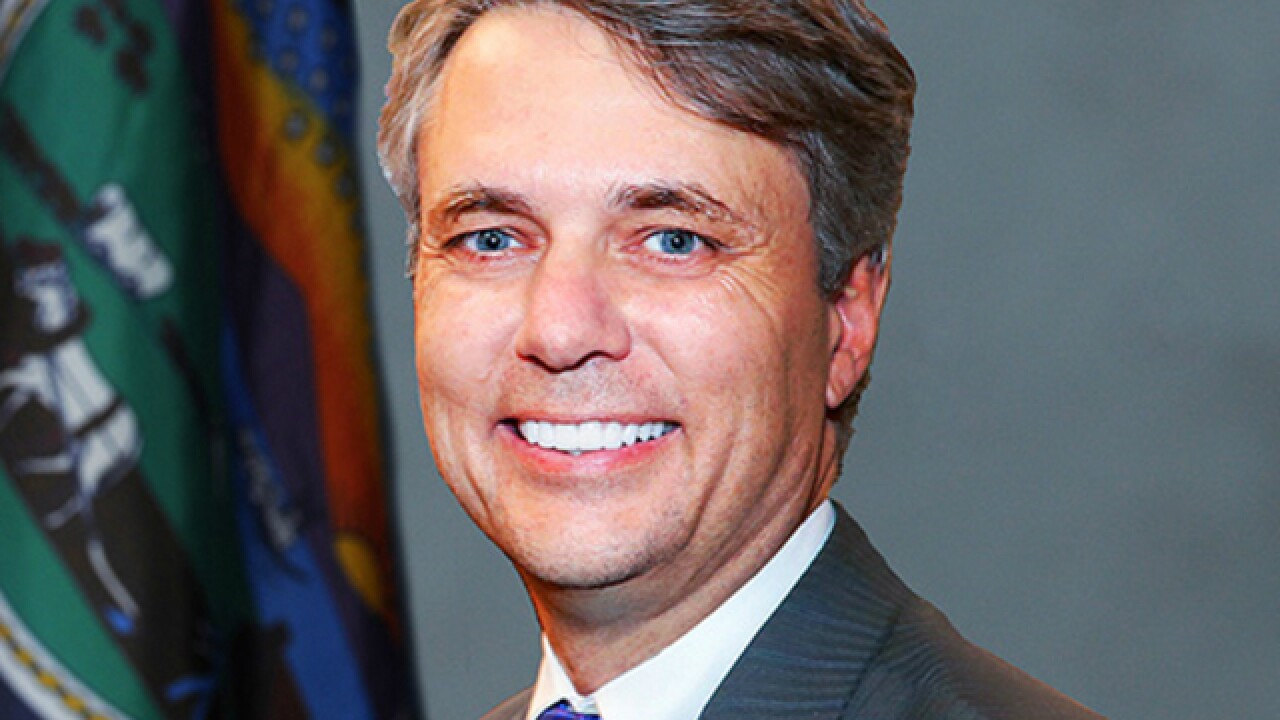 During his first major policy speech, the new Republican also said he plans to issue executive orders to lower the cost of obtaining state records and make more information about agency meetings and operations available online.

Colyer discussed public school funding, abortion, transparency and other issues during an address to a joint session of the Kansas House and Senate that was widely seen as a follow-up to the State of the State address last month by former GOP Gov. Sam Brownback. Colyer, formerly lieutenant governor, replaced Brownback when Brownback resigned last week to become U.S. ambassador-at-large for international religious freedom.

"These are times that set history for the next century," Colyer told legislators. "I believe our best days are ahead of us."

Colyer and lawmakers must respond to a Kansas Supreme Court mandate to increase spending on public schools. The court ruled in October that the more than $4 billion a year the state provides in aid to its 286 school districts is insufficient under the state constitution, even with an increase approved last year.

Brownback proposed phasing in an additional $513 million increase in aid over five years, relying only on growth in state revenues to cover the cost. Many Republican legislators considered the plan financially reckless, arguing that the state won't be able to sustain the extra spending without a tax increase or deep cuts elsewhere in the budget.

Many legislators went into Wednesday's speech looking for Colyer to outline a detailed position on school funding. He said he will sign legislation that phases in an increase in spending on schools "that doesn't increase the tax burden on Kansas families."

His call for a state constitutional amendment on abortion is a response to another case before the Kansas Supreme Court. Two abortion providers are challenging a 2015 state law that enacted the nation's first ban on a common second-trimester procedure that critics call "dismemberment abortion." A trial court judge ruled that the state constitution protects abortion rights independently of the U.S. Constitution — creating the possibility that state courts could strike down restrictions that the federal courts permit.

"This is violence against basic facts," Colyer said. "This cannot stand."

Colyer told reporters last week that he would roll out proposals designed to make state government more open, without providing specifics. Lawmakers already are working on a raft of proposals to strengthen lobbying, ethics and open-government laws, including one bill reviewed by a committee Wednesday that would require all legislative committee meetings to televised, starting in 2020.

The governor scheduled a Thursday news conference to formally issue his executive orders on transparency.

He said one would allow Kansas residents and groups seeking government documents to obtain the first 100 pages free, while another would limit officials' use of private email when doing state business. Colyer also plans to establish a website where information about government meetings and associated documents will be posted and to set performance goals for state agencies, with data their progress available to the public.