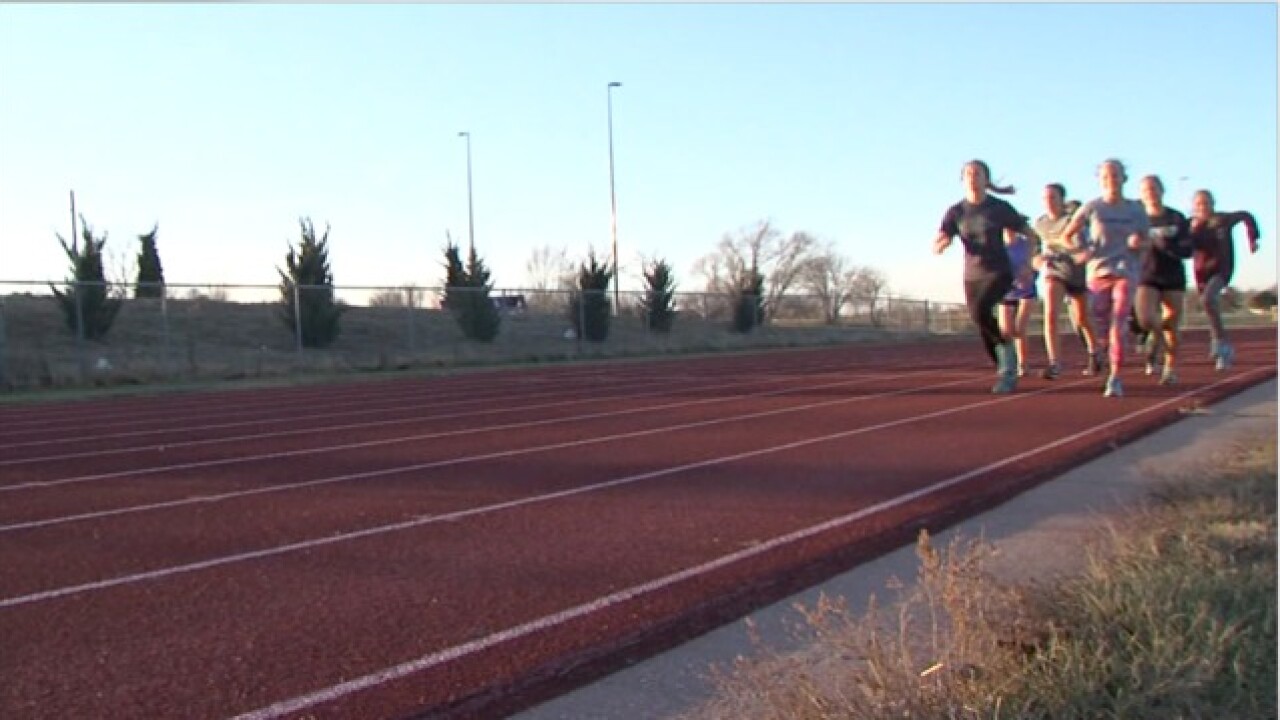 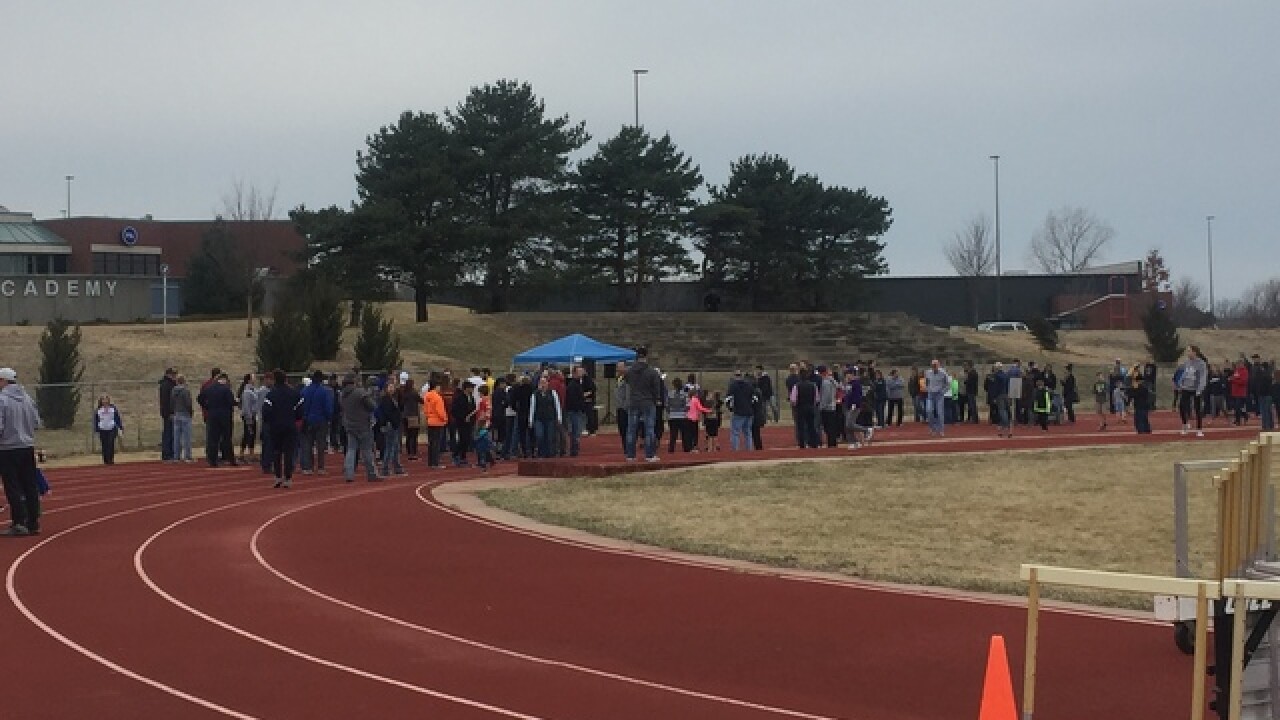 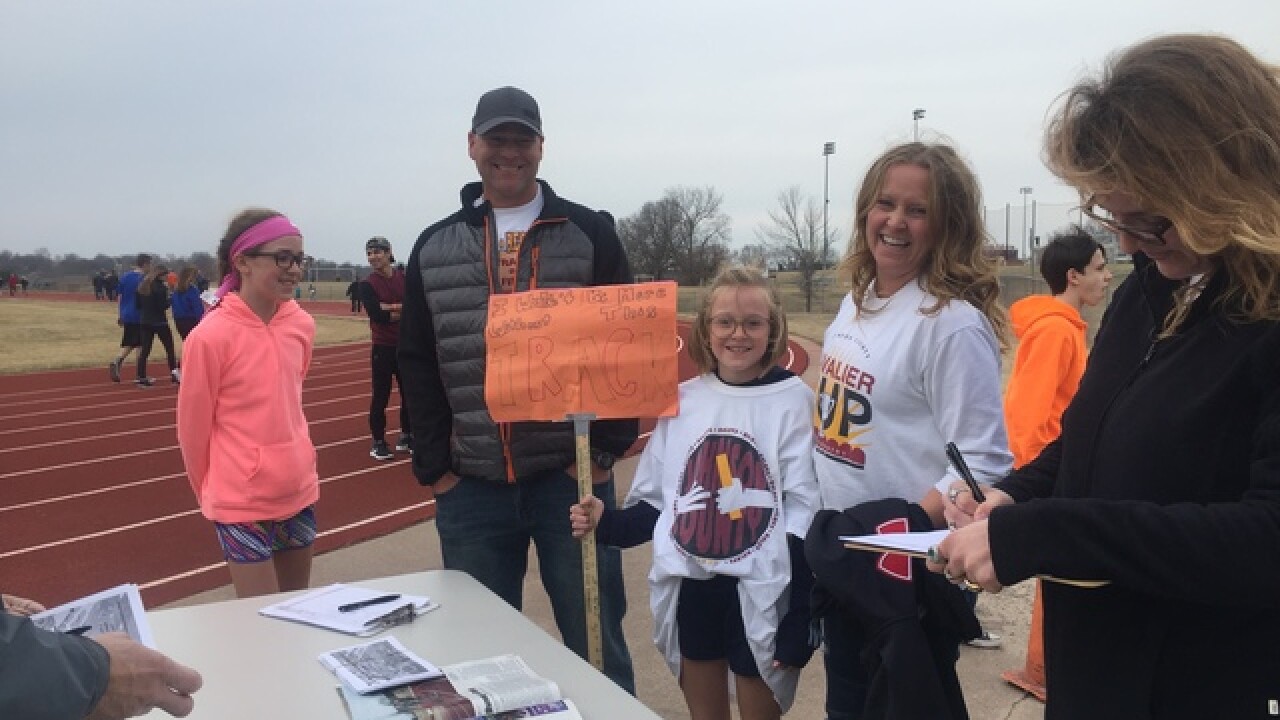 JOHNSON COUNTY, Kan. -- Walk the track, save the program. That's the montra of Johnson County Community College track and field community who are fighting to save the sport at JoCo.

Saturday that took the form of a rally at the outdoor track the college plans to tear up in Summer 2018, after 32 seasons.

The school made the decision to cut Track and Field and Cross Country programs last year, it said purely based on budget.

The college said a rule was changed by the Kansas Jayhawk Community College Conference that allows community colleges to give more in scholarships to student-athletes.

JCCC said it felt in order to be competitive with its seven other sports, it would have to increase its budget by $250,000.

However, some alumni feel the lessons they learned in strength, dedication and perserverance are worth that.

Others said the way their life looks is because of the track program.

"That day we were stretching and working out, and I saw this girl walking by. I was like, I'm a huge fan of that," explained Nick Beck, who formerly competed in several events at JCCC.

The shot putter and mid-distance runner had seen his future wife, Ashlie Beck, walk by for the first time.

"He even told his roommate/buddy he was going to marry me that day," laughed Ashlie Beck, who was a distance runner.

Today their lives look a little different. Instead of lacing up cleats and spikes they're taking Brooke, Ellie and Huxly to volleyball, soccer and swimming.

In the late 90s and early 2000s they both graduated from JCCC and were able to go on to higher education track scholarships.

"Nobody knows what it's like to run 10th, 11th and 12th in under 22 seconds," explained Dave Burgess, who started the Track and Field program at JCCC and served as an administrator.

70 is the normal roster for the teams, according to head track coach Phil Groves.

Those students will no longer have scholarships next year.  JCCC confirmed to 41 Action News the affected students were told about this change before they signed letters of intent.

"I keep seeing them reference we are not going to charge a single mom and extra dollar or two per credit hour," said Phil Groves, recalling past statements by the administration.

However, Groves said there students have approached him on the flip side of that coin.

"He said to me you know what? You want to hear about a single mom? Talk to mine. Ask her how much it meant to get a scholarship here," said Groves.

Groves said the school's board of trustees has the right to reverse the decision.

The man behind Saturday's rally, Brian Batliner, said they have not had success trying to meet with board members individually.

"They have said thank you for your e-mail, but that's about it," explained Batliner.

Batliner and other alumni are not giving up. They started a website to gain support.

Some say they will continue to go to board of trustee meetings, looking for answers.

Saturday, the Becks walked around the track with hundreds of others - in the very space that brought them together.

Mom Ashlie walked hand in hand with her 10-year-old daughter Brooke, on the track she will never get a chance to run on.

"There are so many track athletes who will miss out on the opportunities me and my wife had," said Nick Beck, referring to one of the last remaining track and field/cross country programs in the metro.

We reached out to JCCC for a further comment on the rally and at this time have not heard back yet.