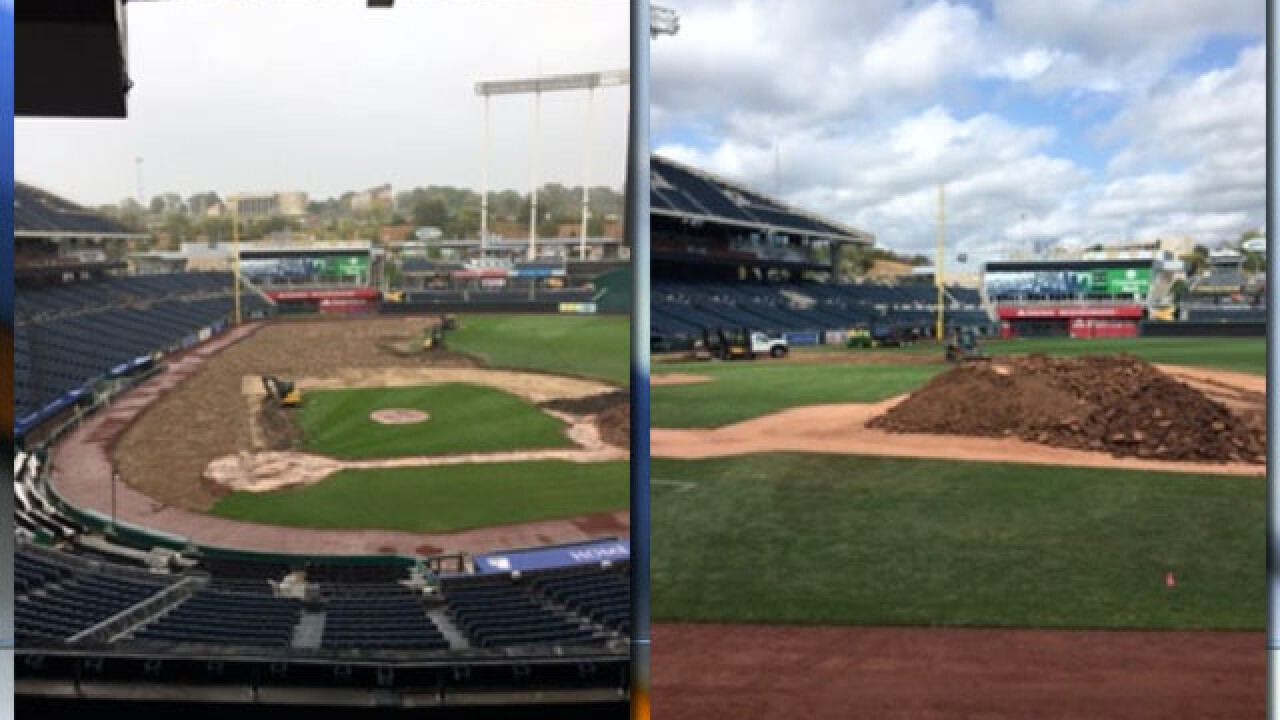 KANSAS CITY, Mo. -- With the 2017 season over, the Royals are making some on-field changes not having anything to do with the roster.

The team's grounds crew is working to replace the field at Kauffman Stadium.

A Royals spokesman said this is the first time the entire field along with the drainage system is being replaced.

Out with old! The K is getting a new Field! She was good to us, countless memories! 2World Series! 1Championship! pic.twitter.com/tmQVHsfyKJ

The work is expected to be completed in November.

The Royals open the 2018 season at Kauffman Stadium against the Chicago White Sox on March 29.