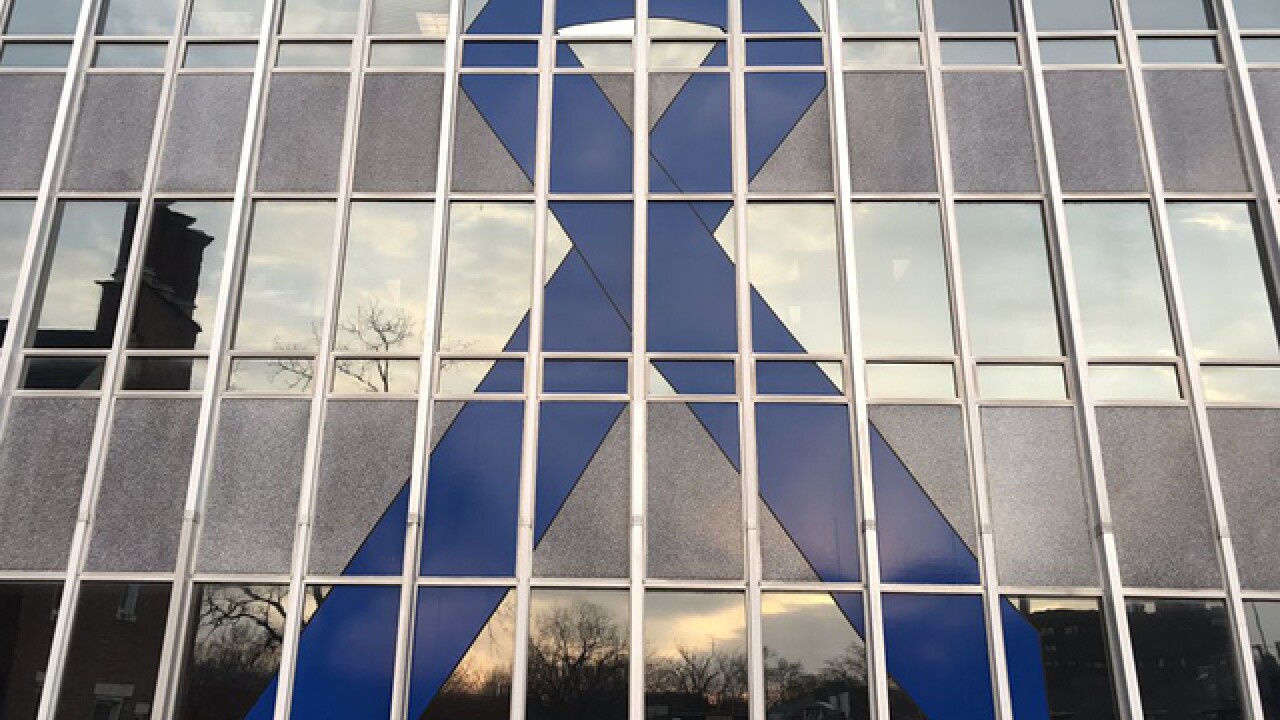 KANSAS CITY, Mo. -- You can make a stand against child abuse by wearing blue clothing Friday.

Blue clothing and blue ribbons, like the one installed on the side of coalition member agency Cornerstones of Care, keep prevention in the spotlight. But organizers said raising awareness by wearing blue is just the first step.

In Topeka, the Kansas Legislature is considering a bill this session to make the state's Department of Children and Families more transparent. The idea is if more information about cases is public, the agency will face more accountability.

Last fiscal year, DCF received 67,000 calls of abuse or neglect in Kansas. Advocates said bringing that number down will make a huge impact for the better.

"I think it is the single most important thing we can do in Kansas City. It will lead to a much less violent community, a much more healthy and productive community," said Carol Grimaldi, the community engagement and advocacy manager at Cornerstones of Care.

In another way to make the movement last beyond one day or one month, Cornerstones of Care launched the #Pledge2Prevent social media campaign. By signing the online pledge, you commit to six actions like reporting signs of abuse and speaking up for children’s rights.

Grimaldi said abuse can impact a child for decades after it ends.

"It will affect their ability to be a productive adult. It leads to health consequences down the line; we call them adverse childhood experiences," she explained.

From 2012 to 2015, Kansas and Missouri were both above the national average for the number of children put in foster care as a result of abuse or neglect. Grimaldi said opioid and substance abuse was involved in roughly a third of the cases.