2nd leg of the home-and-home series is Thursday 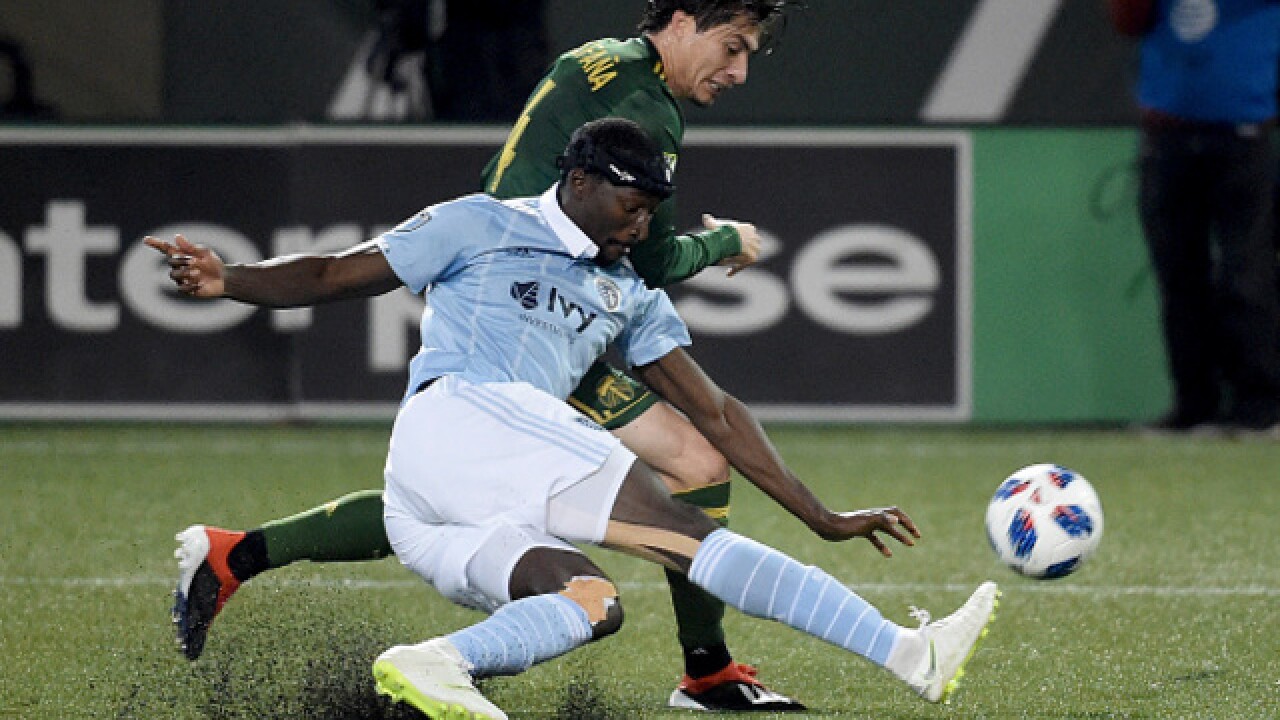 Copyright 2018 Scripps Media, Inc. All rights reserved. This material may not be published, broadcast, rewritten, or redistributed.
Steve Dykes
PORTLAND, OR - NOVEMBER 25: Ike Opara #3 of Sporting Kansas City takes down Jorge Villafana #4 of Portland Timbers during the first half of the match at Providence Park on November 25, 2018 in Portland, Oregon. (Photo by Steve Dykes/Getty Images) 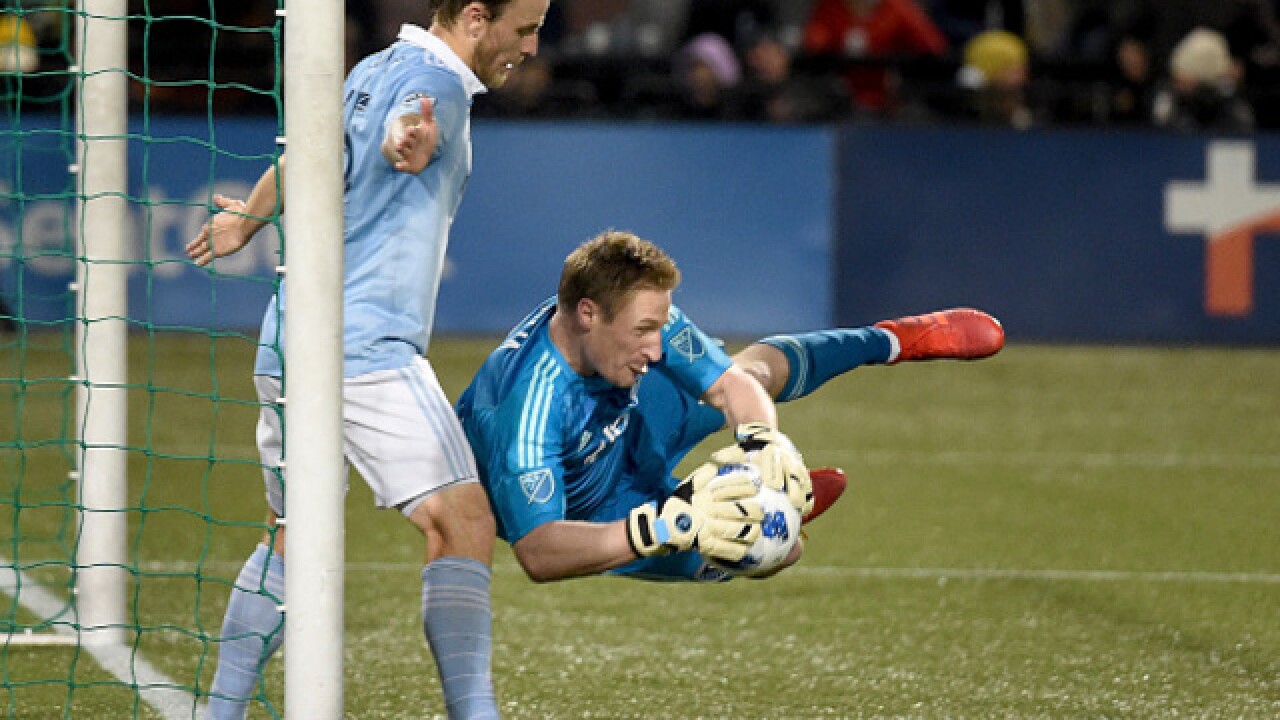 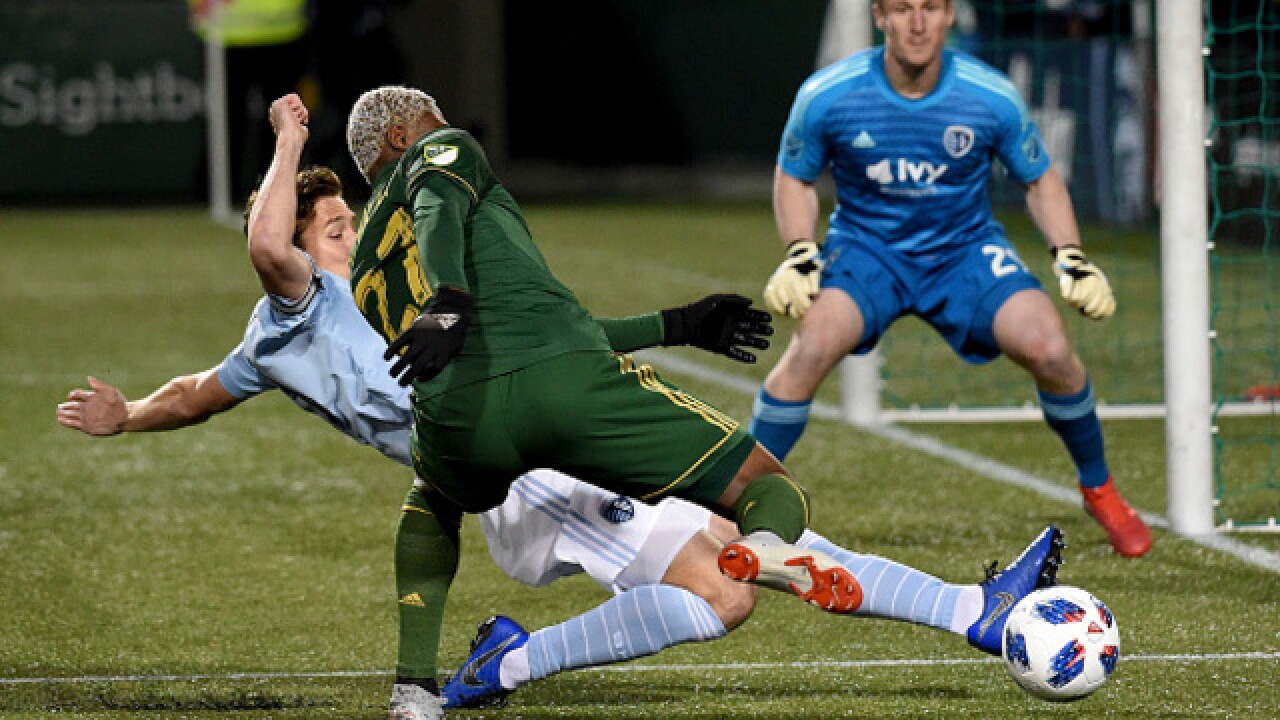 PORTLAND, Oregon-Sporting Kansas City and the host Portland Timbers played to a 0-0 draw in the first leg of their Western Conference final Sunday.

The second leg of the home-and-home, total-goals series is scheduled for Thursday in Kansas City, Kan. The winner will advance to MLS Cup, which will be hosted Dec. 8 by the Eastern Conference champion, either Atlanta United or the New York Red Bulls.

Sporting Kansas City goalkeeper Tim Melia, who was second in the league in the regular season with 13 shutouts, made six saves. Timbers goalie Jeff Attinella was forced to make just one stop.

SKC, the conference's top seed, was unable to get an away goal, which is the first tiebreaker in case the series ends up even, but can take the series with a victory in the second leg.

Melia's biggest save came in the 82nd minute off a Diego Valeri corner kick. Timbers defender Bill Poni Tuiloma struck a sharp header that seemed headed toward the upper right corner of the net, but Melia made a leaping stop.

Portland's David Guzman appeared to score off a free kick in the 66th minute, but he was ruled offside.

The Timbers had some good chances in the final minutes of the first half on set pieces.

Neither team had a shot on goal until the 40th minute, when Portland's Jeremy Ebobisse put a header on net off a corner kick from Valeri.

On the first, Dairon Asprilla rose over a defender for a header that Melia grabbed at the left post. On the other, Melia punched away a Liam Ridgewell header with two Portland attackers waiting at the far post.

The Timbers' Jorge Villafana hit the right post in the sixth minute on 20-yard shot through a maze of defenders. The ball caromed off the post and across the goalmouth before Sporting Kansas City could track it down in the far corner.

Portland defender Larrys Mabiala sustained an apparent leg injury away from the ball early in the game was taken off on a stretcher. He was replaced by Tuiloma in the 19th minute.