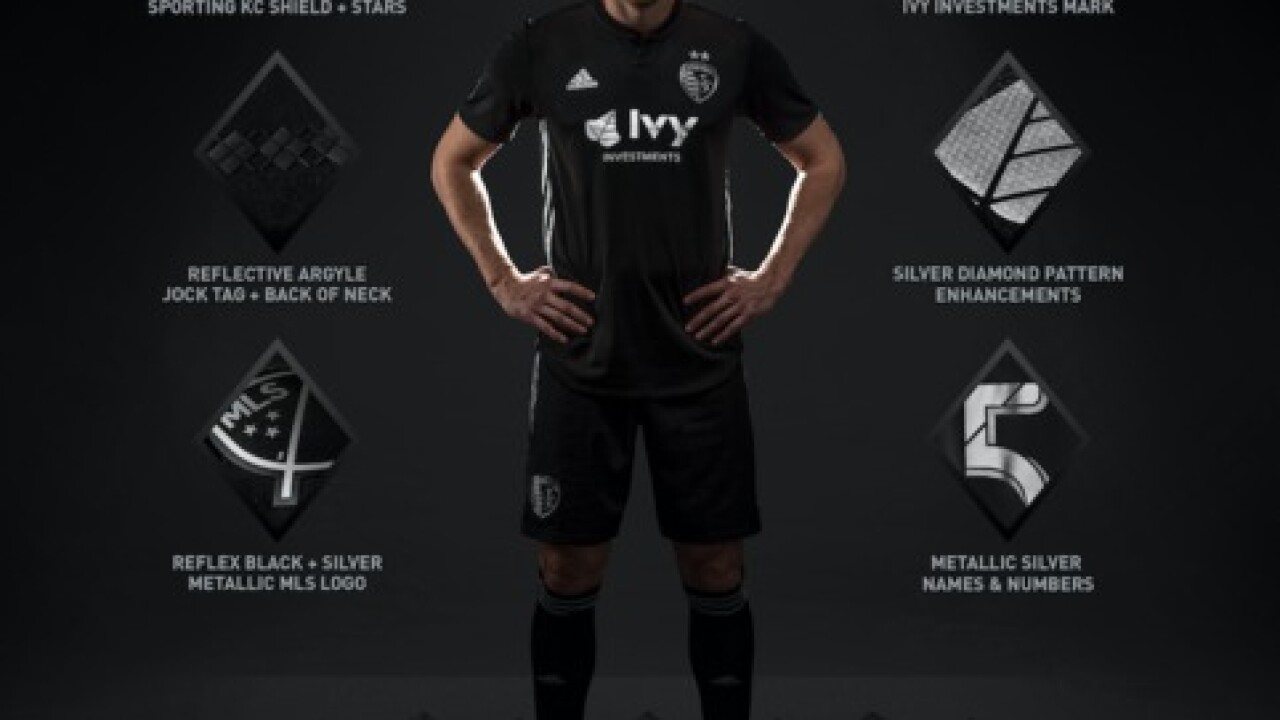 The secondary kit will be available to purchase beginning at 5 p.m. CT on Wednesday, Feb. 28, when Sporting KC hosts its official Season Kickoff Party, presented by Ivy Investments. The free event at Children's Mercy Park - held in partnership with adidas and Bud Light - will be open to the public with Sporting KC players in attendance.

Furthermore, all supporters who purchase the new kit at the Season Kickoff Party will receive a $20 SportingStyle gift card at checkout. More information about the season-opening celebration will be announced in the near term.

In conjunction with the jersey launch on Feb. 28, Sporting KC's new kit will go on sale that evening at MLSstore.com/SportingKC. A matching black anthem jacket will also be available to buy online and at the Season Kickoff Party.

This kit is an evolution of our previous argyle kits, showcasing a high-end Reflex Black with metallic accents," said John Moncke, Sporting KC Vice President of Brand Revenue. "Five years ago we launched the black argyle kit, then followed that up with a clean white and metallic argyle kit in 2015. This time we used a new black reflective argyle detail on the hem and back that looks amazing.

"We continue to have a great collaboration with the adidas team. The process of designing this kit began two years ago, and we worked on the details weekly."