Sporting scores, gives up a goal early and settles for tie with Minnesota United 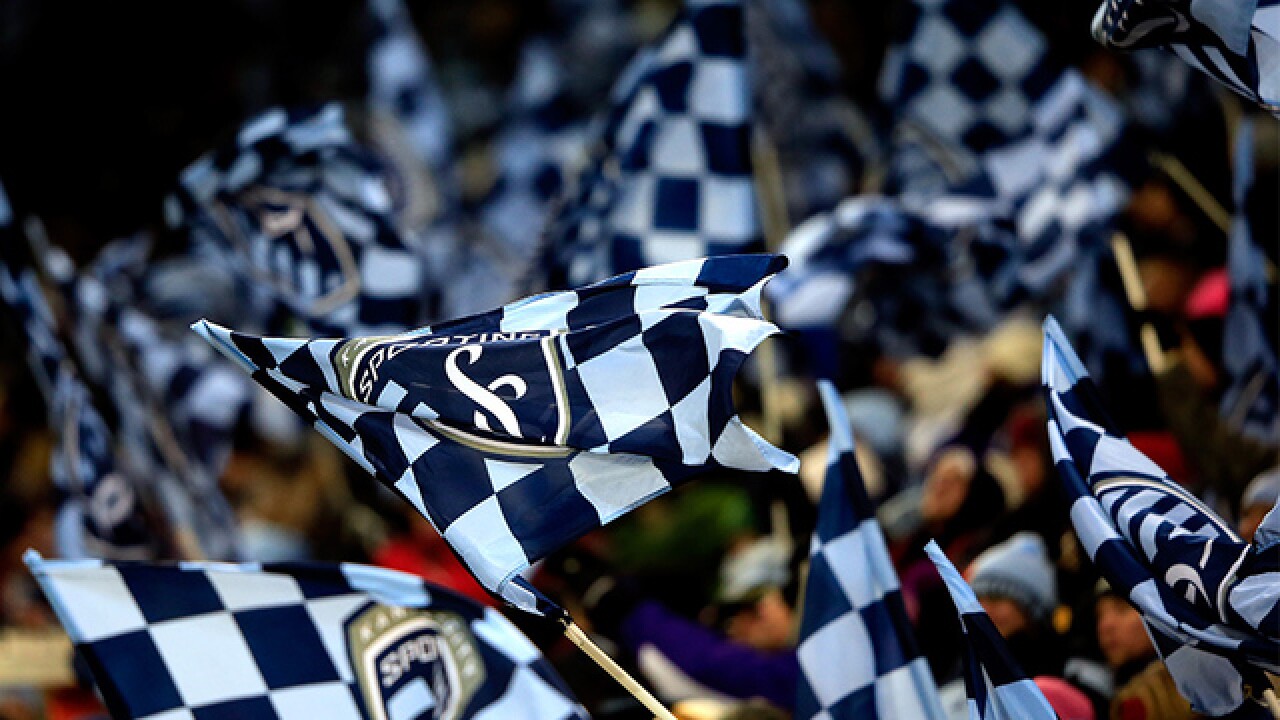 Forward Khiry Shelton recorded his first goal of the season as Sporting Kansas City (7-2-3, 24 points) increased their lead atop the Western Conference to four points with a 1-1 draw at Minnesota United FC on Sunday afternoon.

An eighth-minute header from Shelton put Sporting KC in the ascendancy, but Darwin Quintero bagged an equalizer midway through the first half as the regional rivals split the points at sunny TCF Bank Stadium.

Manager Peter Vermes' men held a distinct upper hand throughout the game - outshooting the Loons 24-6, owning 61 percent of possession and forcing Minnesota goalkeeper Bobby Shuttleworth to make a career-high nine saves - but were ultimately denied their 100th all-time away win in the MLS regular season.

The hosts thought they had opened the scoring with six minutes on the clock, but Christian Ramirez was flagged offside after tapping home a delectable delivery from Quintero. Sporting KC used the warning sign as a catalyst for improvement, landing the first punch just two minutes later.

Shelton, seeking his first MLS tally since October 2017, latched onto Johnny Russell's in-swinging corner kick to snap a bouncing header past Shuttleworth in the 8th minute. The goal was Sporting KC's second-earliest of the season and gave Russell his third assist of the campaign. It also marked the third time this year that Sporting KC has scored from a corner kick, having done so just twice during all of 2017.

Minnesota responded positively and drew level in the 20th minute. Miguel Ibarra was afforded space on the right wing to deliver a tantalizing cross into the penalty area, and although Quintero's powerful header was saved by Tim Melia, the former Club America forward was able to poke the rebound into the corner from close range. The strike drew an end to Sporting KC's 245-minute shutout streak dating back to April 28 and gave Quintero his third goal since joining the Loons as a Designated Player on March 31.

Left back Seth Sinovic was summoned into the match 10 minutes before intermission as Jimmy Medranda was forced to exit with an injury. The setback, however, didn't prevent Sporting KC from barraging the Minnesota goal in the final moments of the first half.

After the Loons had failed to clear a set piece, Ike Opara cut past a pair of defenders and smacked a deflected effort marginally wide of Shuttleworth's right-hand post. Salloi was next to threaten, lifting a right-footed curler just over the woodwork, before the increasingly confident Shelton unleashed a 25-yard sledgehammer that Shuttleworth palmed away.

A strong start to the second period saw Russell test Shuttleworth on two occasions, first bending a free kick over Minnesota's four-man wall in the 52nd minute. Shortly thereafter, the Scot's sweetly struck volley at the top of the box was touched over the crossbar by Minnesota's leaping keeper. Shuttleworth remained busy and rescued his side again on the hour mark, sprawling right to parry Salloi's stinging attempt from the edge of the 18.

Sporting KC kept its proverbial foot on the pedal with a slew of opportunities in the final quarter-hour. Less than a minute after Russell fired narrowly high from 15 yards, Salloi set up Espinoza for a left-footed drive that Shuttleworth smothered with his outstretched mitts. The visitors continued to pile pressure and almost went ahead when Salloi clipped a lovely ball to the back stick for Zusi, but the defender's header caromed off the outside of the post for a Minnesota goal kick.