‘The Art of the Brick' Lego exhibit opens at Union Station

KANSAS CITY, Mo. – Just about everybody has them around the house, or did at one time.

Just about everybody has created something out of them.

And just about everybody has stepped on one with bare feet, now and then.

Friday through the end of May at Union Station, building with Legos is being taken to a whole new level in the exhibit titled ‘The Art of the Brick.’ 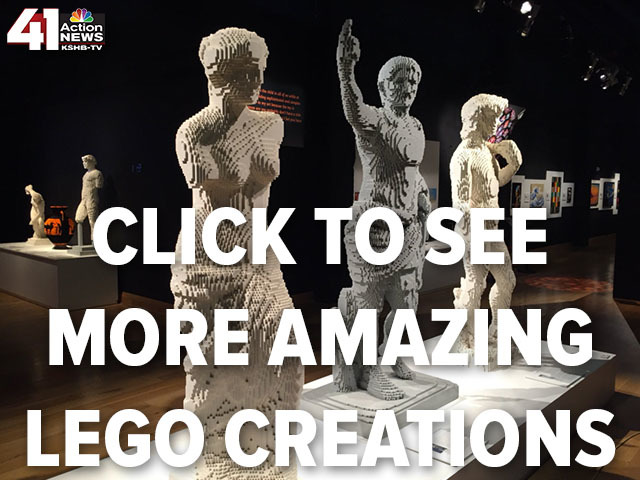 Nathan Sawaya is the man behind the art.

He said he was a busy lawyer looking for an artistic outlet, and found it in the building blocks of childhood. Now, his art travels the world.

The exhibit at Union Station, with hundreds of works, is his largest yet.

You will find re-imagined versions of art masterpieces like American Gothic and the Mona Lisa.

There’s a giant dinosaur, a rainy street, and even an Easter Island head with 75 thousand plus Legos.

At the end of the exhibit is an area where you can create. That, according to Sawaya, is the most important part of his mission: Getting all of us to create…one brick at a time!