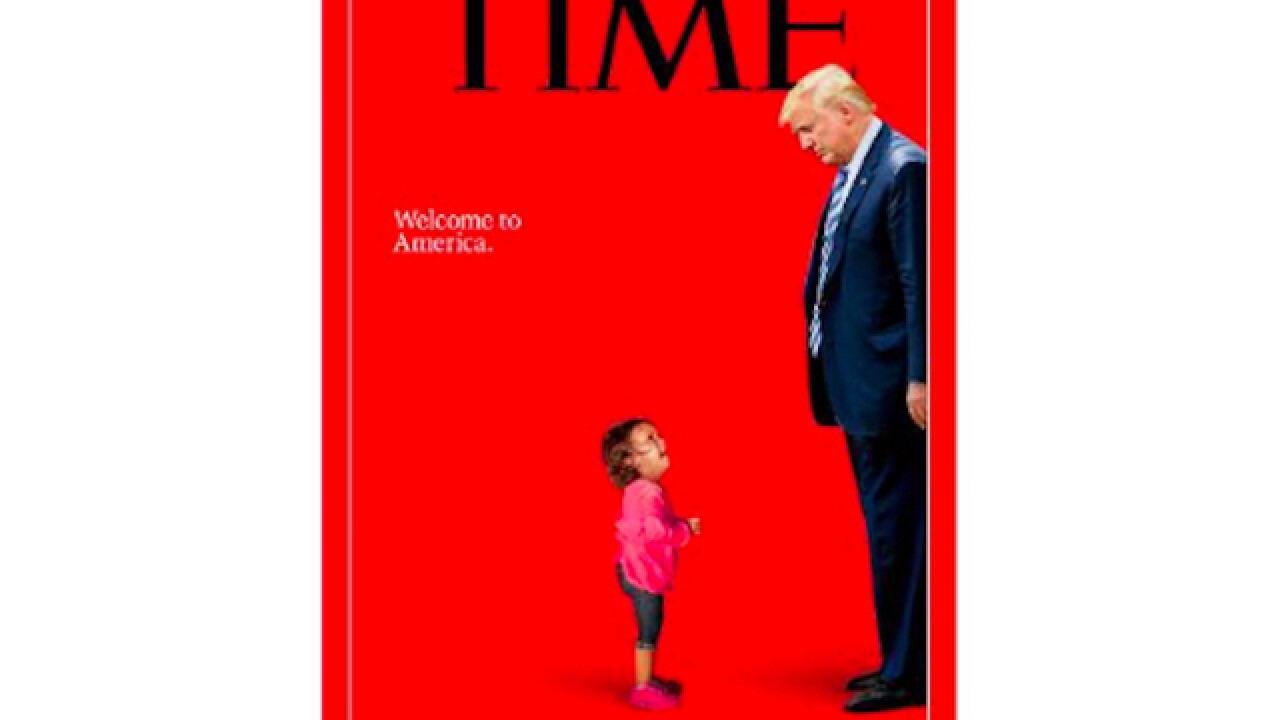 The Trump administration's policy that effectively separated families crossing the US border has held up a big, glaring mirror to America's moral character. In TIME magazine's latest cover, the reflection is met with indifference in the face of human suffering.

In the stark photo illustration, the towering figure of Trump looms over a sobbing child, who is the subject of a now-iconic photograph taken recently by Pulitzer Prize-winning photographer John Moore.

"Welcome to America," the illustration reads.

Moore told the magazine he had to "stop and take deep breaths" after capturing the image of a two-year-old Honduran girl crying for her mother, who was being detained in McAllen, Texas.

The cover is for the July 2 edition of the magazine, which will appear on newsstands the week of Independence Day.

The Trump administration's so-called "zero tolerance" policy has resulted in many people being taken into federal custody immediately after crossing the border. Children cannot follow their family members or guardians into custody, so US guidelines mandate that those children be separated -- often from their parents.

This week, President Trump signed an executive order reversing the policy after days of double talk from administration officials and the President himself. However, the order did not specify any solution for the 2,300 children who are reportedly being detained or bounced around the country without the parents who crossed the border with them.