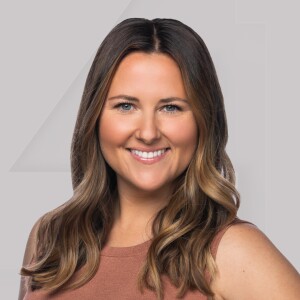 INDEPENDENCE, Mo. — While it’s been years since a golf ball soared down the fairway at Rockwood Golf Course, for the people who live in Independence, the historic piece of land is the city’s gem.

Beverly Harvey bought her home along the golf course for the same reason as many of her neighbors: the view.

“I put in floor-to-ceiling windows so I could enjoy all of the outdoors,” Harvey said. “I had a million-dollar view.”

The golf club, of which President Harry S. Truman was a member, shut down in 2012. The idea to develop the land into multi-unit housing was tossed around, but most city leaders and people who live in Independence opposed it.

Over the years, Harvey hoped the city would buy the property and preserve the green space for another outdoor use, such as a park.

Part of that hope came to fruition.

The city did buy the land in 2017, but instead of preserving the land, much of the green space was cleared to make room for thousands of solar panels.

While Harvey is among those who opposed multi-unit housing in the area, she said she’s devastated by the city’s decision to turn the acreage into a solar farm.

“Why would you take a pristine piece of property, in the middle of the city, and turn it into a solar farm… It doesn’t make sense,” Harvey said.

Harvey said the city didn’t notify people with homes off the golf course that a solar farm would be popping up in their backyards.

“The way they did it — hiding it basically, not letting the community know what they were doing — that doesn’t sound right to me,” Harvey said. “Doing it behind closed doors, to me, doesn’t make any sense.”

While many people who live on the golf course are angry that they didn’t have a voice in the decision to put a solar farm in their backyards, there is one person who lives there who did have a say.

Councilman Tom Van Camp represents District 4, where the golf course is located. His land is next to it. And while the solar farm backs up to his neighbors’ yards, the view from his backyard hasn’t changed.

He led the way on the solar project, and introduced the idea of purchasing Rockwood during a city council meeting in May 2017.

At the time, he didn’t give any indication as to what the city would do with the land.

Four months later in September, via email, Harvey asked Mayor Eileen Weir about the city’s plans for the golf course.

Weir didn’t reveal the plan to Harvey, only stating she “can’t discuss what is being considered so as not to jeopardize any future negotiations.”

Harvey said city leaders tried to keep their plans about the solar farm a secret from the people it would impact most.

“I think it’s a little odd when I’m a tax-paying citizen here of Independence, and I specifically asked back in September what were their plans, what were they doing, and at that time in the email [Weir] said she didn’t want to be evasive but she couldn't share what they were doing,” Harvey said.

The 41 Action News investigators contacted Weir to discuss Harvey’s concerns, but she declined to comment.

Harvey is not the only person in the area upset about the way city leaders handled the process.

Anthony Candillo has lived by the golf course for years.

Candillo said he didn’t know about the city’s plans until he came home from work one day and noticed trees being torn down.

“I’m pro-solar… but not the way this was handled,” Candillo said. “I’m still processing it. It just happened. All of a sudden, industry popped up in a neighborhood.”

Candillo said his sweet golf course view soured when the city installed a barbed wire fence around the solar farm.

The decision to finalize the purchase of Rockwood was made in October 2017 during an open executive session, meaning the public could not attend but could gain access to the meeting minutes at a later date.

All council members voted in favor of the purchase, with the exception of Karen DeLuccie, who was not present to vote.

However, DeLuccie told the 41 Action News investigators she agrees with the people who live on the golf course.

“I don’t like how it was done, because I think there should’ve been more community involvement,” DeLuccie said.

The city purchased the Rockwood property, 94 acres, for $985,000 using funds from Independence Power & Light, which is owned by the city. DeLuccie said the price paid is another problem.

“I don’t like the price that was paid for the land,” DeLuccie said. “I thought it was too much money.”

Records obtained by 41 Action News show the city, through IPL, purchased the land from a developer, who bought the property for significantly less just two months earlier.

A certificate of value shows the developer paid $550,000 for the property in September 2017.

“I think Councilmember Van Camp was pretty insistent on having this done,” DeLuccie said. “I just assumed that there was conversation going on with the district and the members within the district.”

The 41 Action News investigators contacted Van Camp to ask why the deal moved so fast, and why the city didn’t seek out input from the people who live there.

When reached by phone, Van Camp wouldn’t discuss the project.

Instead, he referred 41 Action News to Meg Lewis, a spokesperson for the city.

After he denied several other requests for an interview, the 41 Action News investigators caught up with Van Camp at a ribbon-cutting ceremony for the solar farm.

Van Camp said the city had to move quickly on the purchase of Rockwood.

“You have to react to what’s happening, and we had some push to get this done of a negative matter,” Van Camp said.

The developer who owned the property planned to put in multi-unit housing.

Van Camp also said the city had made several attempts to purchase the property for less money even before the developer bought it.

“Nothing ever worked until we got the commitment from MC Power,” Van Camp said.

The city admitted it doesn’t have a plan for the rest of the land.

However, Independence leaders will soon vote on hiring a consultant to identify the best use for the remaining property.