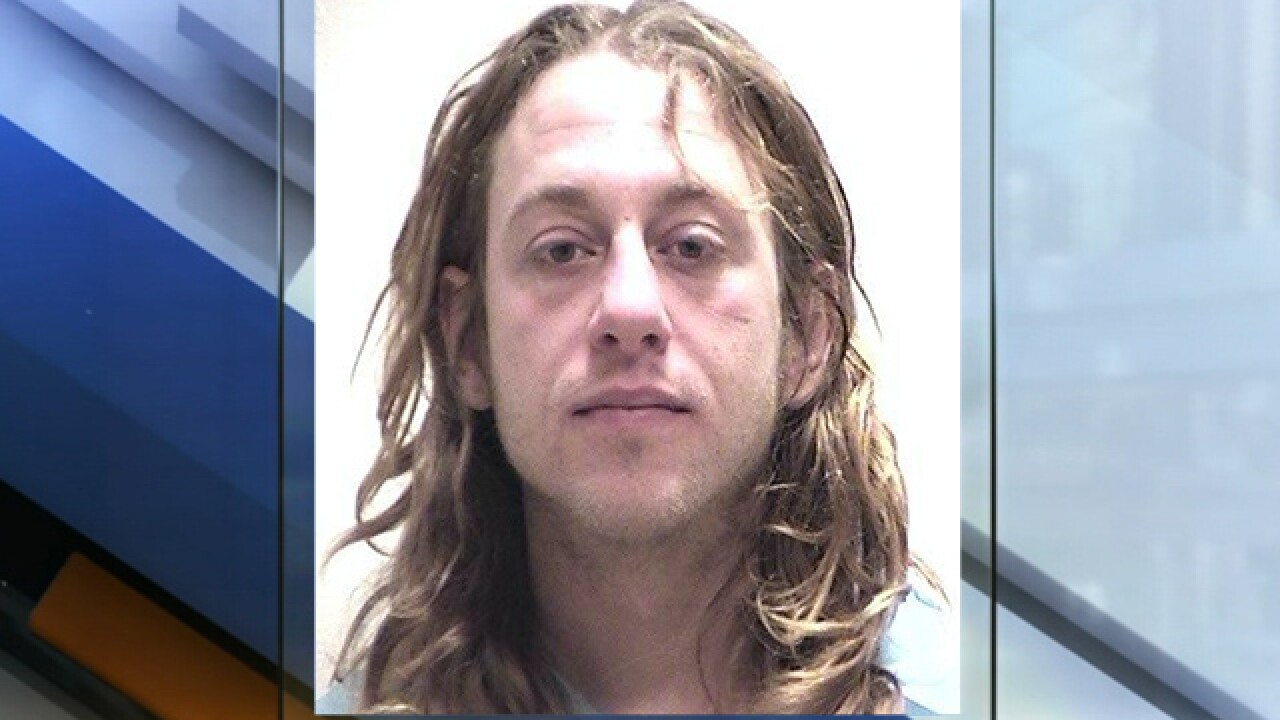 KANSAS CITY, Mo. — A man has been charged after he shot a flare gun at a North Kansas City officer and sergeant.

Twenty-eight-year-old Jeremy Bowles, of Kansas City, Missouri, faces one count of first-degree assault, one count of felony armed criminal action and one count of resisting arrest in Clay County.

The probable cause statement says a North Kansas City police officer was fueling up his patrol car at a QuikTrip when the manager approached him about someone making threats.

The officer got a description of the suspect along with a photograph and believed it was a man who had had multiple encounters with police.

The probable cause statement described suspect, later identified as Bowles, as a “transient individual” who was known to live behind the Sunny Hills apartment complex on NE Red Bud Lane.

NKCPD Sgt. Daniel Justus saw Bowles in that area and tried to apprehend him, but Bowles fled into the woods nearby.

Justus and another officer, Officer Rick Landon, went after Bowles, who went inside a red and gray tent.

The tent was about ten feet outside of North Kansas City boundaries, in Kansas City, Missouri, territory.

Landon and Justus were trying to get Bowles out of the tent when he fired a flare gun at them – hitting Landon in the head and causing a severe cut.

The probable cause statement says Landon and Justus fired their guns at Bowles, who ran out of the tent and jumped into a ravine.

He was ultimately taken into custody without further incident.

Landon walked back to his patrol car to wait for EMS to arrive. He was then taken to an area hospital and treated for his injuries.

Bowles was taken to NKCPD headquarters, where he stated he wanted an attorney before speaking to police.

KCPD is investigating the incident as an aggravated assault on the officers.

One neighbor who lives in the Sunny Hills complex told 41 Action News he heard around half a dozen shots fired.

Other neighbors said the news of the incident shocked them.

“I just pulled in from work and I saw them getting a stretcher out so I came back out,” explained Cassey Parker, who said she has lived at Sunny Hills for the last year and a half. “That's when I saw…the police officer. He was sitting up and he was bleeding from the head all down his face."

Other residents of the apartment complex, like Jacob Bauer, described the neighborhood as often being safe as a result of police keeping a close watch.

“Every time I'm around when they're dropping off kids in the school bus, there's also cops sitting in the cul-de-sac,” he explained. “They're always under watch. Everything is completely safe around here."
---