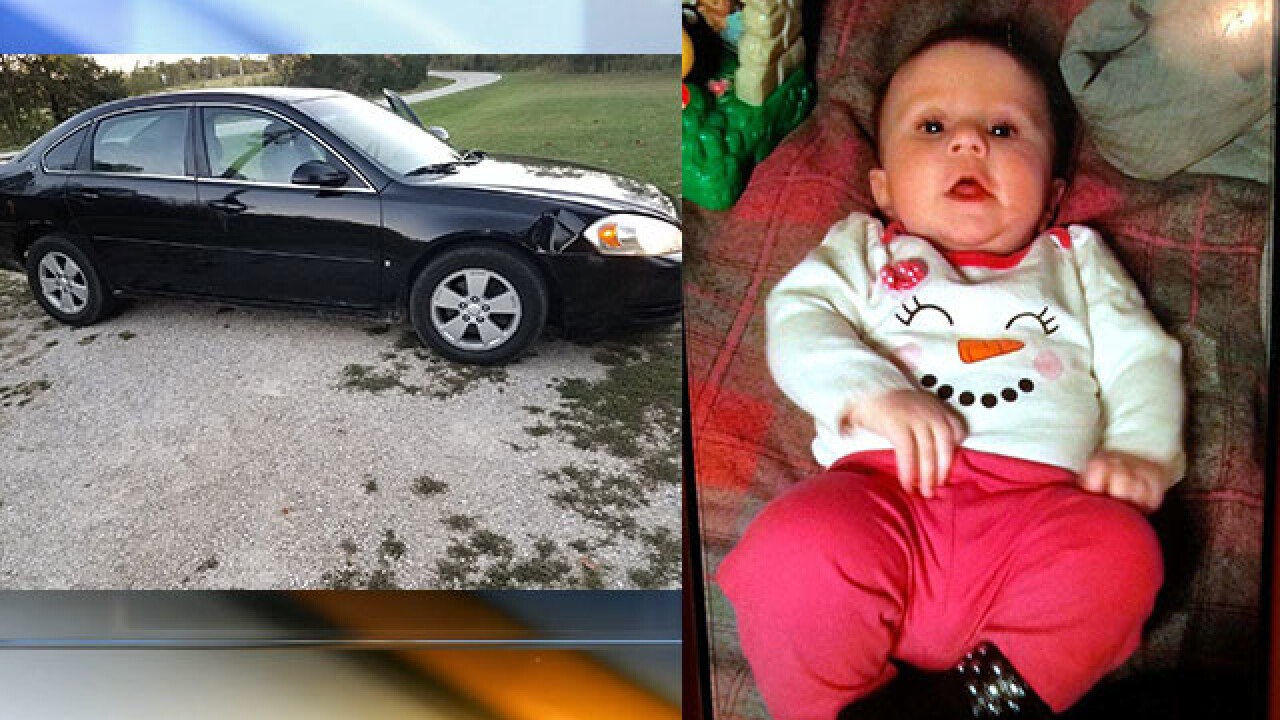 KANSAS CITY, Mo. — UPDATE 1/3/2017 9 PM: The Amber Alert out of Rogersville, Missouri has been canceled after the five-month-old was found safe.

Thank you to @ozarkmopolice, @MSHPTrooperD, @FBI, Webster County Sheriffs Office, and @SGFPolice . The baby was left inside a running vehicle at the kumngo when the vehicle was stolen. If you know anything please contact us. Thank god she is safe, she is so precious and cute. pic.twitter.com/ZIocwcEuVO

The vehicle was found with the baby safe inside. The suspect has not been located.

Anyone with any information on the suspect's location is encouraged to call *55 or the Greene County Sheriff at 417-868-4040.

An Amber Alert has been issued after a car was stolen with a five-month-old baby inside from Rogersville, Missouri.

The Green County Sheriff's office said the vehicle and baby was taken from a gas station at 4996 South State Highway 125.

The missing child is Carol Day. She is a white girl with brown hair, blue eyes and weighs about 35 pounds. She was last seen wearing a pink and cream sleeper with the word "Lovable" over a onesie that says "Grandpa's The Best," covered a Frozen-themed blanket.

The vehicle is a black 2007 Chevrolet Impala with Missouri License Plates DC43G. It also has some damage on the front passenger side. The vehicle was last seen driving west on US 60.

Photos (of the actual car) and pictures of the 5 month old baby. This baby was in this car, which was stolen from the Kum & Go at 4996 South State Highway 125, Rogersville MO. #teamwork pic.twitter.com/x0UVnbRAFf

Anyone with any information on the vehicle or baby's whereabouts is encouraged to immediately call 911 or their local law enforcement agency.