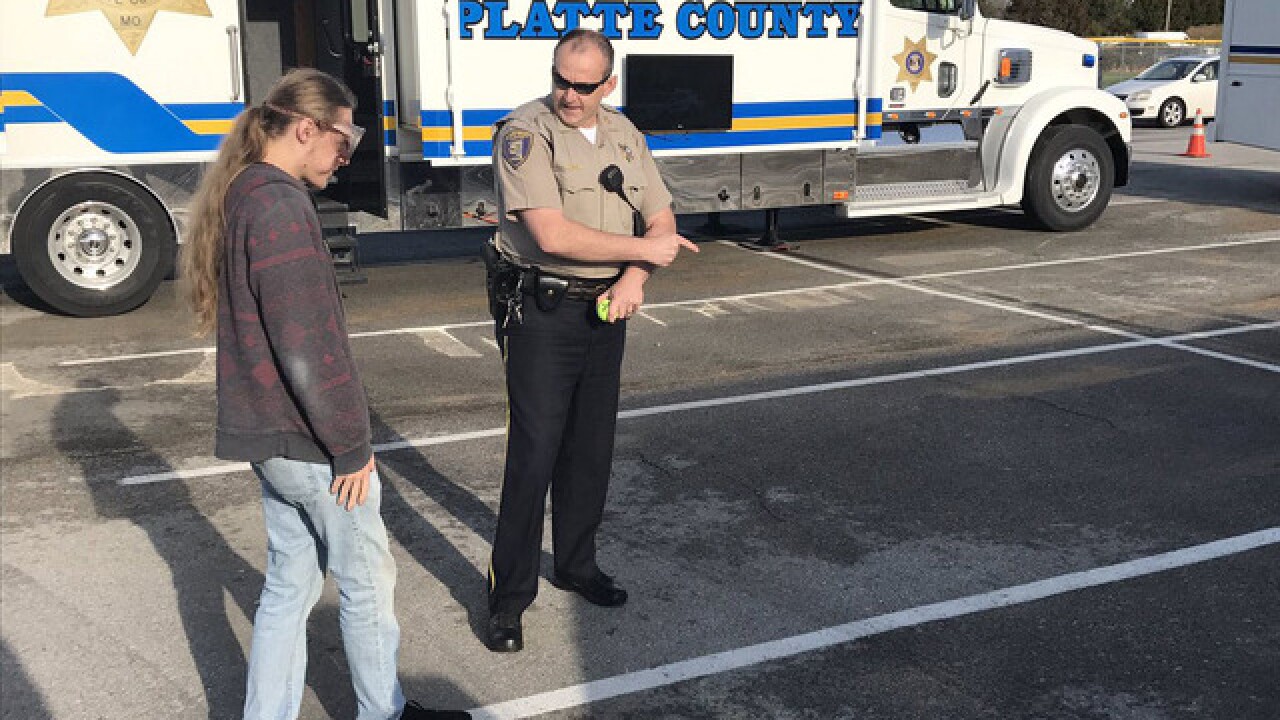 Organizers felt the messages of putting down the cellphone and wearing a seatbelt while driving would have a bigger impact if students saw it rather than just heard or read it.

Police and fire departments placed two crashed cars in a T in the school’s parking lot. They then acted out a scenario of arriving to the scene of a crash. The driver of the car was a student at the school. Deputies put him through a field sobriety test and discovered he was drunk. They then arrested him and took him away to end the made-up scenario.

“If it impacts just one person, that means one less person dies in a crash,” said Taylor Bourne, a senior at Park Hill who helped organize the event as a member of the school’s Students Against Destructive Decisions club.

Police also set up demonstrations where they rolled a car showing the importance of seatbelts. 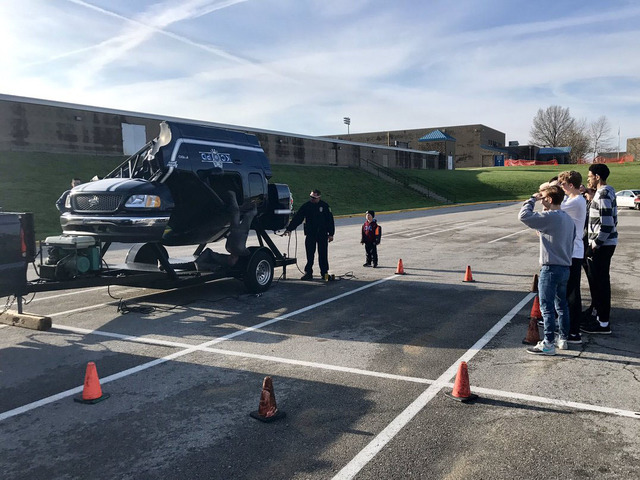 In other parts of the parking lot, students could wear special goggles to impair their vision in ways similar to how drinking alcohol impairs people. Deputies then put them through tests to show how much harder it is to focus under those conditions.

Park Hill High School’s prom is the first weekend of May and with summer quickly approaching, school leaders thought now was an appropriate time host the “Arrive Alive” event.