Boy Scouts stay in freezing temperatures to give back & fight homelessness 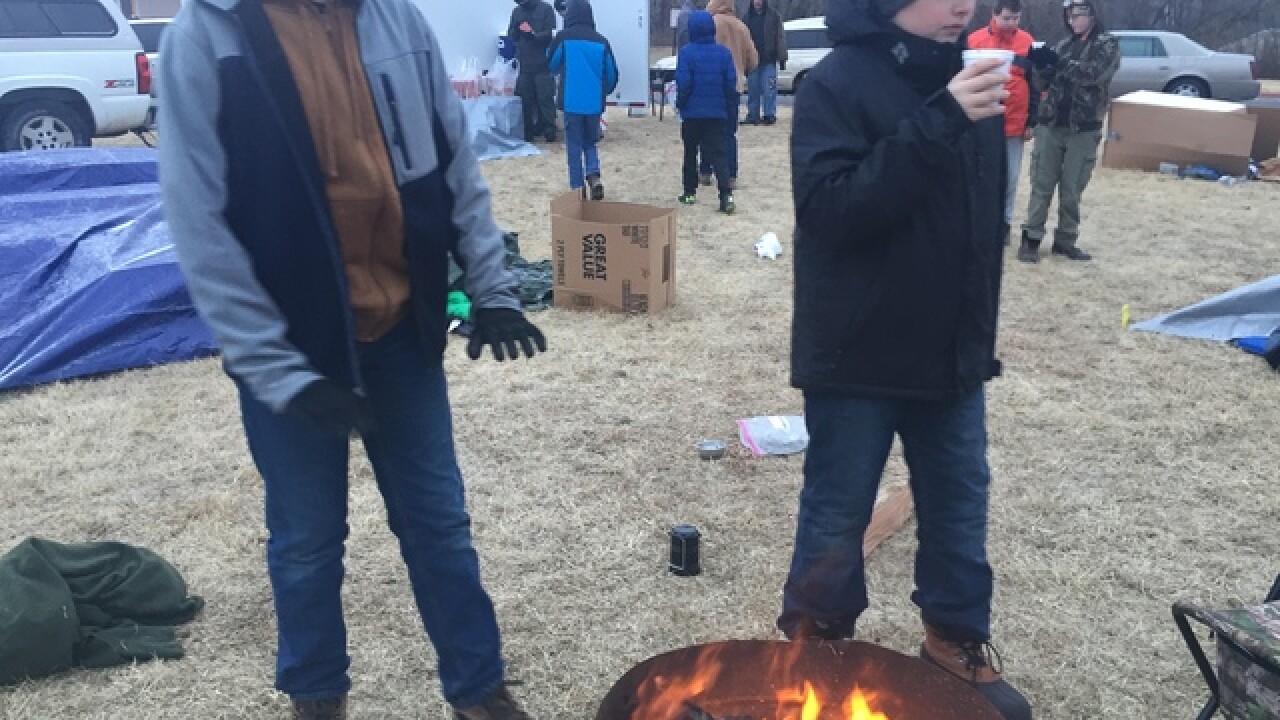 INDEPENDENCE, Mo. -- As temperatures plunge to near zero degrees, most people don't feel like going outside at all.

But one group of kids, ages 12-17, is staying in the cold the entire weekend in Independence.

Boy Scout Troop 161 is camping outside of the Truman Road Salvation Army to raise awareness for the homeless and to gather items it takes to run a shelter. It's called their Cold Hands, Warm Hearts campout.

"A lot of people don't realize the people you go to school with, you know and care about. They don't have homes," said Archer Lundy, who is in his third year of Cold Hands, Warm Hearts.

Lundy had frost clinging to his face mask and his water froze solid overnight.

"I can't even open it. It's a block of ice," said one of the 28 Scouts participating.

Many of them used the fire for warmth, wore two layers of clothing and brought special sleeping bags.  Still, all the protection from the elements they had was a tarp or cardboard box.

Lundy said he had to get up at 2 in the morning to warm up near the fire.

"I'm moving around and shaking like I just got out of the bath or something," said Lundy.

During the time outside, 13-year-old Elijah Howard is finding his own way to keep warm.

“Let’s say I brought 16 Hot Hands,” said Howard, who said he would give some away to the homeless as well.

The group’s Scoutmaster, Heath Freiley, said they do this year after year because they believe in the mission.

“Homelessness is a big problem in Jackson County in general,” said Freiley.

The county ran a survey in 2011 that showed 1,880 people were homeless in the county.

"I hope they learn homelessness is very serious to probably thousands of people,” said Howard.

Scouts hope next year more troops will be involved.

Donations to Cold Hands, Warm Hearts can be made online.