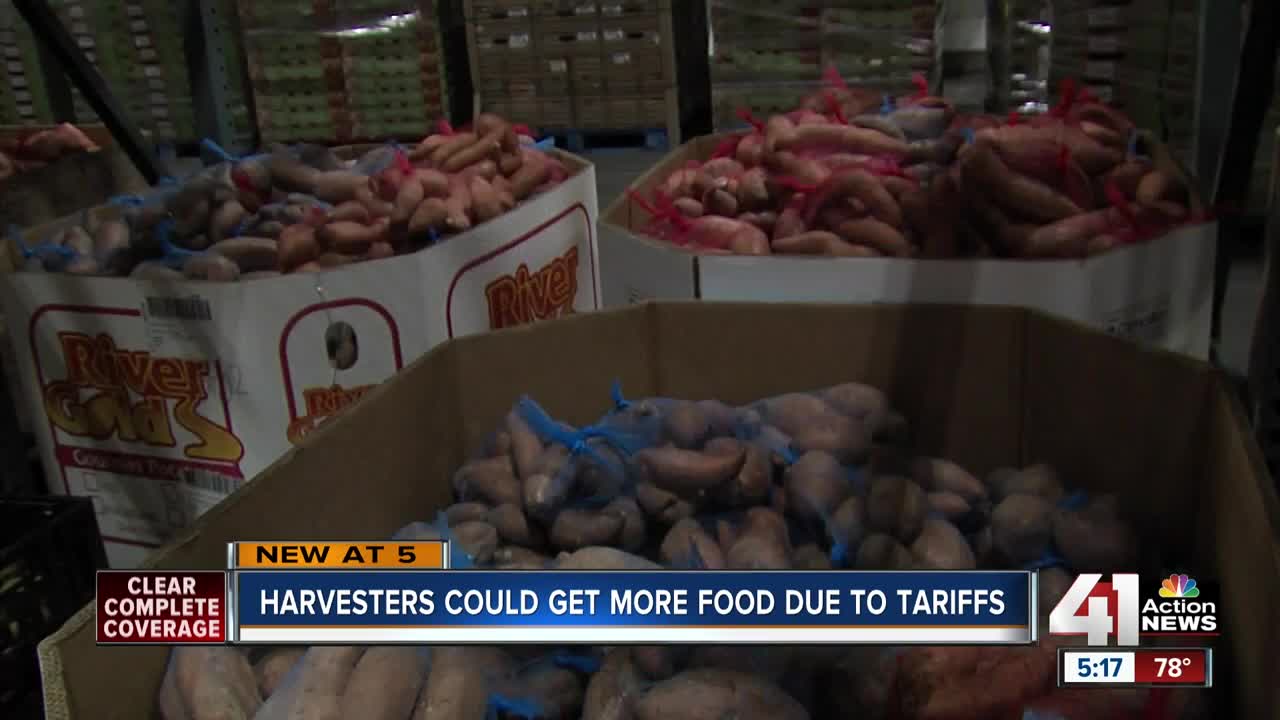 Harvesters could get more food due to tariffs 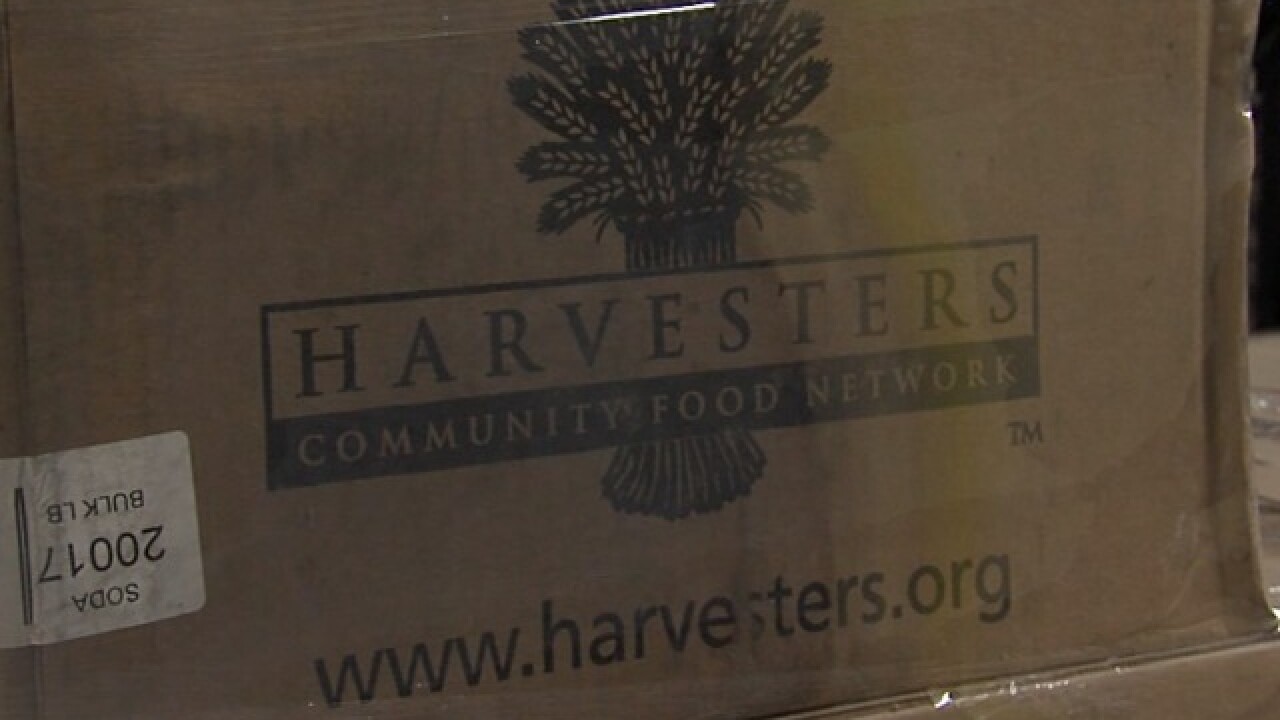 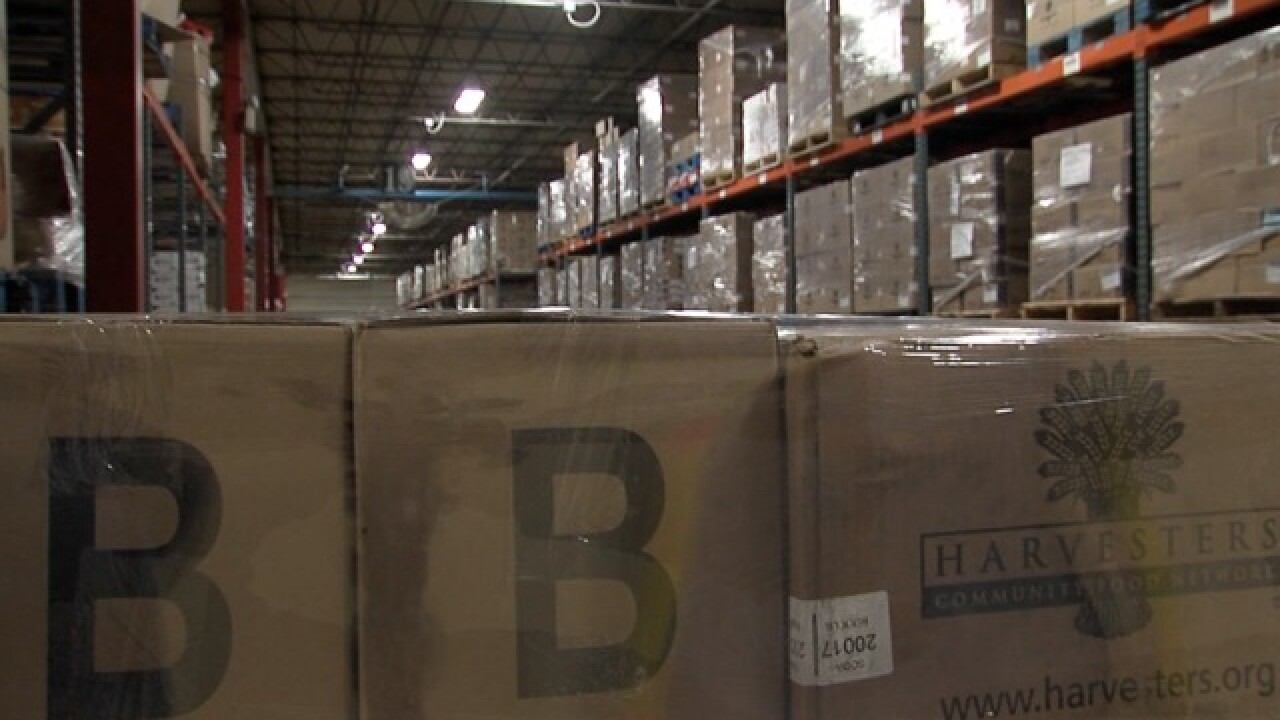 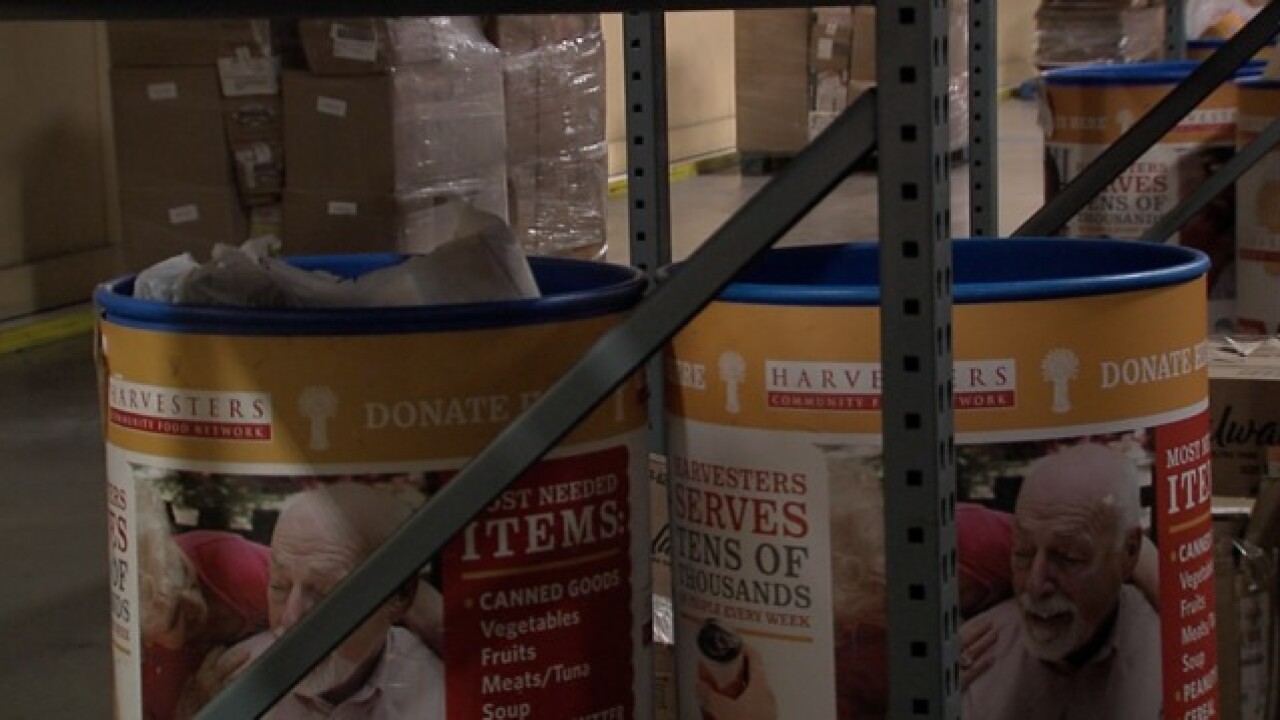 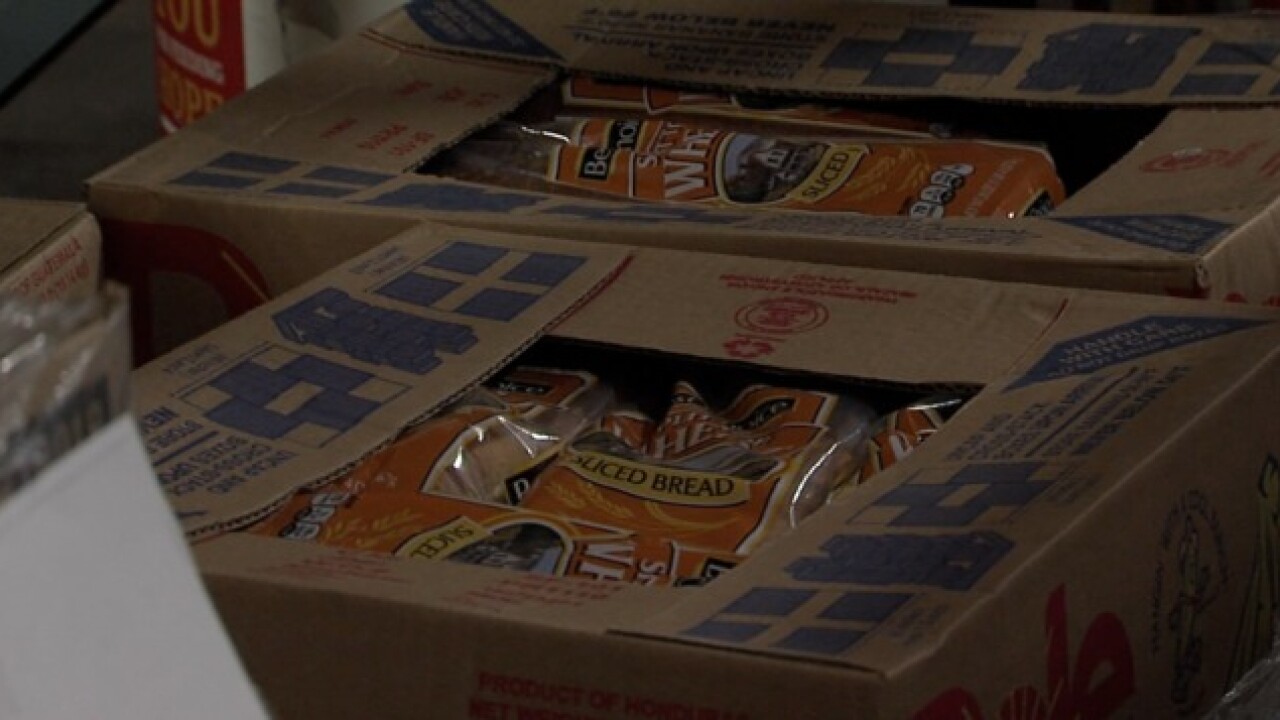 KANSAS CITY, Mo. — Food distribution centers across the country, including some in the metro, could see a large influx of food over the next several months due to a surplus created by the “trade war.”

Tariffs put in place by the Trump administration have led to a slowdown in food trade with countries overseas.

As a result, farmers and food producers are seeing a surplus in product.

At the Harvesters Community Food Network in the metro, organizers told 41 Action News that they expected to receive around a million more pounds of food as a result of the tariff impact.

“We love the fact that we’re able to get that product and get it to our agencies in the community,” said Harvesters Chief Operating Officer Steve Davis. “It’s about double the amount of bonus commodities than we otherwise would have expected based on the current information we’re getting.”

Davis said the food surplus would result in the food banks being able to offer more options for people in need.

“We’ll be able to offer a variety of different kinds of pork product, apples, we’re getting some dried beans,” he said.

He estimated that the million pounds of extra food could end up costing Harvesters around $170,000.

“Obviously, it’s a significant increase in product. Just the dynamic of receiving it, storing it, and distributing it creates some logistical challenges,” Davis said. “There certainly will be some additional infrastructure needs as far as how much space we need and how we distribute it out to the community.”

The surplus food situation has been made easier on U.S. farmers thanks to a government bailout.

With the extra food now on supply, the government contributed $1.2 billion for the food not sold overseas.

That food will now be sent to food banks all across the country.

“Every tariff creates winners and losers,” said economist Chris Butler. “Farmers were the people that we’ve decided to bail out.”

As the “trade war” continues to evolve around the world, Butler told 41 Action News that farmers and food producers in the metro and Midwest region could see even more impacts.

“Countries like China are going to try and hurt the current administration by figuring out what states support that administration and what they produce,” he said. “The Midwest feeds the nation. When food is the target of tariffs, we’re going to be made to pay here in the Midwest.”

While the future of the tariffs remains uncertain, Harvesters said the surplus food this year would help address a big need in the area.

“This goes a long way to help,” Davis said. “However, it certainly doesn't solve the gap that we have of those that are food-insecure.”

Harvesters expects to receive the surplus food between this month and March next year.

For more information on Harvesters food assistance, visit this link.