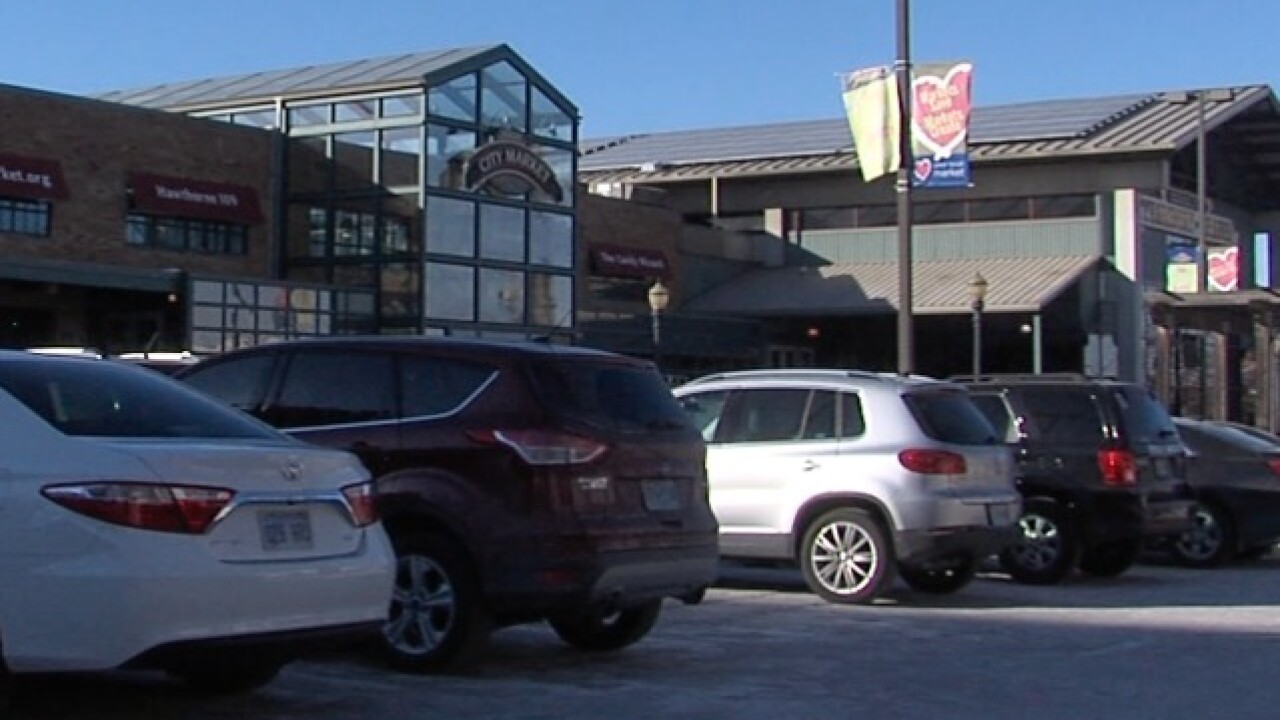 KANSAS CITY, Mo. — Parking has long been a topic of discussion in the River Market but the city is working on some fixes.

To understand the issue of parking in Kansas City’s River Market District, you need to understand two things: location and changes.

The River Market is the land north of downtown between Buck O’Neil bridge and the Heart of America Bridge, and the Missouri River and I-35.

The core of the River Market is the City Market. The City Market is a large public farmer’s market with year-round tenants selling everything from local produce and meats to flowers and apparel.

The City Market has five parking lots, one of which already tickets anyone staying for longer than three hours. The others are currently free.

That’s about to change because of so much growth in the district.

The area has seen development, new condos, new businesses and the much-anticipated streetcar which started running a year and a half ago.

There were big hopes all of this would mean many more people coming to the river market, and it has.

“Here at the City Market we have seen anywhere from 12 to 15 percent increase in sales annually,” said Deb Churchill, the employee of KC Commercial Realty Group, the company hired by the city to manage the City Market.

But more people doesn’t necessarily mean better business for everyone.

Dave Hawley owns and operates the Arabia Steamboat Museum, he says most parking spots meant for those shopping and working in the River Market are being scooped up early in the morning by people using the lots like park and rides.

“They take these people to their offices and their work downtown and the cars stay parked here all day. And they don't turn,” said Hawley.

Other merchants have expressed the same concern.

The city sent out a notice about how they’ll start charging for parking this month. The parking rates listed on a card mailed to people in the area indicate a cost during the week of $3 for the first three hours and $1 for each hour after that.

Weekends would be a little less at $1 for the first three hours and $1 for each hour after. The card indicates the charges will be incurred for anyone parking between the hours of 7 a.m. and 6 p.m.

“Success does breed change and with change, people are always hesitant, so you really have to look at the big picture," said Churchill.

Churchill says this change is happening. But they're open to discussing concerns of City Market merchants, which they’ll do at a meeting Thursday afternoon. 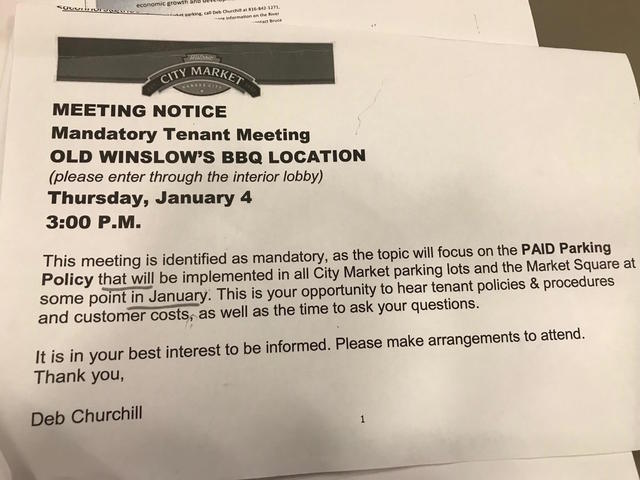 This notice about a meeting to discuss the new parking policy was sent to City Market merchants.

41 Action News noticed many cars in the City Market lots were parked there for eight hours.

The City Market is a busy place in the morning and afternoon.

The parking lots around the market are public and free.

That'll change to hourly parking. One reason is that people park their cars in the morning and commute to work, essentially taking up these spaces city market customers could use.

41 Action News came down to the lot just east of the Steamboat Arabia at 9 a.m.  Some cars were parked there.

We came back at 2 p.m. when the lot was fuller, and many of the same cars were still parked there.

Cathy Grant's vehicle was one of them. We caught up to her a couple hours later when she came back. She uses the lot every day.

"I used to pay to park downtown in a parking garage, and this way I don't have to pay anything. I just park here and ride the streetcar to my office," Grant said.

Grant says if a lot is free, why not take advantage of it?

As for the rest of the cars, were they City Market employees, or people who were shopping for eight hours?

It's hard to tell.

They didn't return to their cars in time for us to ask.