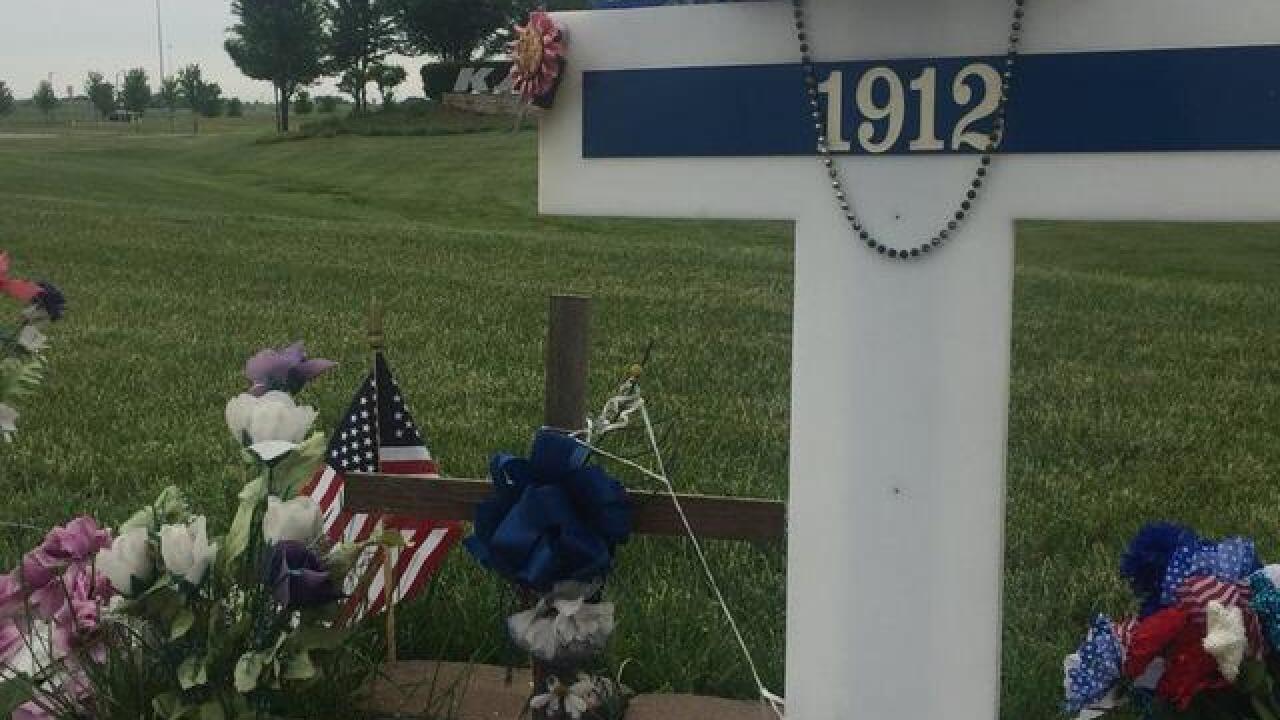 The community has not forgotten two Kansas City, Kansas police officers killed in 2016.

A run Saturday morning honored the memory of detective Brad Lancaster and Captain Robert Dave Melton.  Both men were killed in the line of duty within three months of each other.

The Kansas Speedway was the site for the free run in Lancaster and Melton’s memory.  It was organized by members of the Kansas City, Kansas police department's special operations unit.  Officers in that unit started the run in 2016 when 12 of them wanted a way to remember Lancaster.  Today there were close to 150 people who showed up to show their support including several members of Lancaster and Melton families.

“It’s kind of like a big family reunion when we come out to these things,  I’m friends with Jamie Lancaster and the Lancaster girls,” explained Zeta Bates,  Dave Melton's fiancee at the time of his death.

Bates was pushing a stroller with 18-month old Eloise Melton inside.  Bates was pregnant with Eloise when Dave Melton was killed.  He never got a chance to hold his child.

“Getting up every single day, making it through. For me, it's doing the best I can for my kids,” said Bates.

Police captain Melton served more than 25 years in law enforcement and in the military where he served in Afghanistan.

"I just think it’s really important everybody remembers them for the men they were,” said Bates.

Brad Lancaster was a police detective and was an Air Force veteran.  He served as police officer in Kuwait as well as in Saudi Arabia.

Fellow officers said he also liked to carpool to work.

“There were always shenanigans happening in car pool ride to work, Which makes our jobs as police officers easier. When you can have the laughing,” said Jesse Crawford