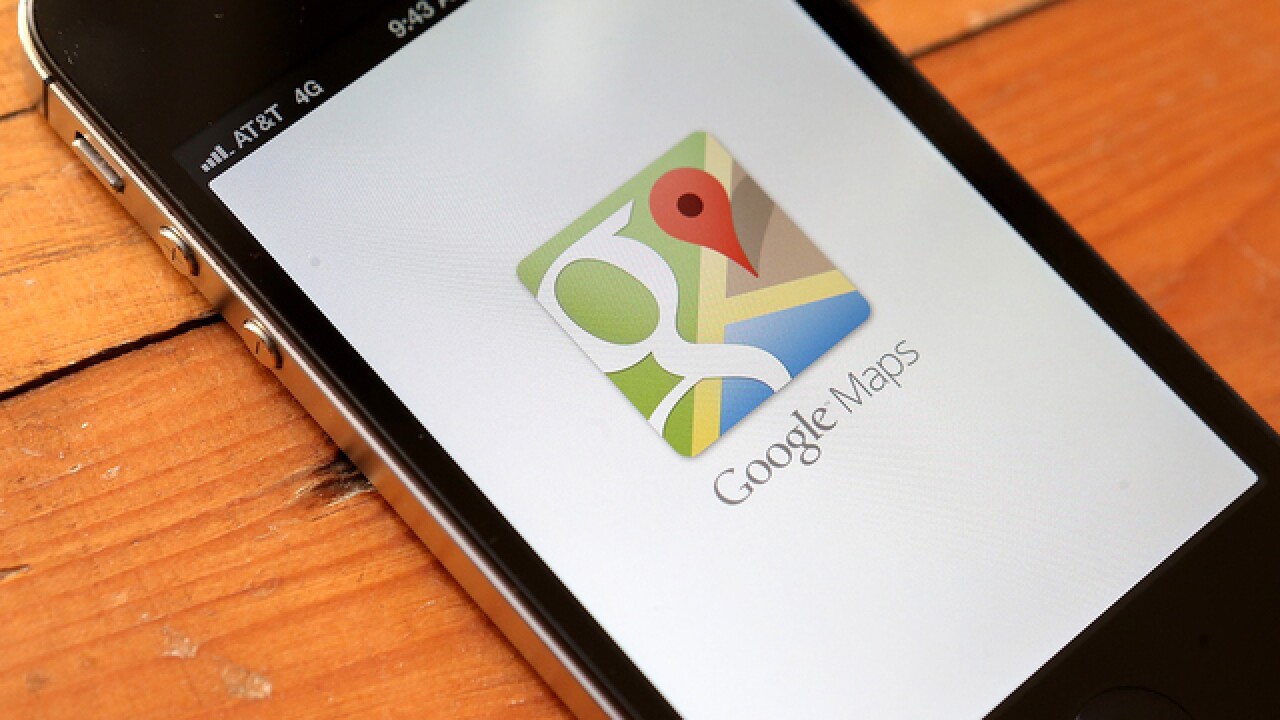 Copyright Getty Images
Justin Sullivan
<p>FAIRFAX, CA - DECEMBER 13: The Google Maps app is seen on an Apple iPhone 4S on December 13, 2012 in Fairfax, California. Three months after Apple removed the popular Google Maps from its operating system to replace it with its own mapping software, a Google Maps app has been added to the iTunes store. Apple Maps were widely panned in tech reviews and among customers, the fallout resulting in the dismissal of the top executive in charge of Apple's mobile operating system. (Photo by Justin Sullivan/Getty Images)</p>

KANSAS CITY, Mo. - Your cellphone could help change the way people and goods get around Kansas City.

Wednesday, the Greater Kansas City Chamber of Commerce launched an initiative to improve the transportation network of the region.

The chamber will use data from people who use Google Maps around Kansas City to evaluate what needs improving and how to prioritize projects.

Google chose Kansas City as one of five cities across the world for its Urban Mobility Initiative.

The initiative collects data from Google Maps to show how many people visit certain destinations at what times.

“Many of the solutions that Google is bringing forward we're evaluating and trying to decide how to get to the best data so that the decisions we make today for the future of tomorrow are well planned and well thought out,” explained Matt Condon, the chair of the Greater KC Chamber of Commerce.

At a forum Wednesday, chamber of commerce members heard from transportation experts about the future of transportation and the challenges of adapting. Condon said it’s not unreasonable to imagine a time when the majority of people forgo car ownership and rely on self-driving cars, ride-sharing or the streetcar.

“We don't have the luxury of apathy,” he said. “That future is coming and it's no longer a hypothesis, it is reality. We need to start planning for that future today.”

One of the goals the chamber laid out Wednesday is doubling the number of people who can get to work using public transportation. Chamber President Joe Reardon said right now only 10 percent of Kansas City’s workforce can access their workplace via public transit.

Other goals include finding private funding for transportation projects like replacing the Buck O’Neil Bridge and preparing Kansas City for technology associated with self-driving cars.

When it comes to using data from Google, Reardon said it isn’t meant to track individuals, but reveal broader traffic trends.

The chamber officially adopted transportation as one of its five big goals. The other four are creating a UMKC arts camps downtown, the Urban Neighborhood Initiative, making Kansas City the nation’s most entrepreneurial city, and improving early childhood education.