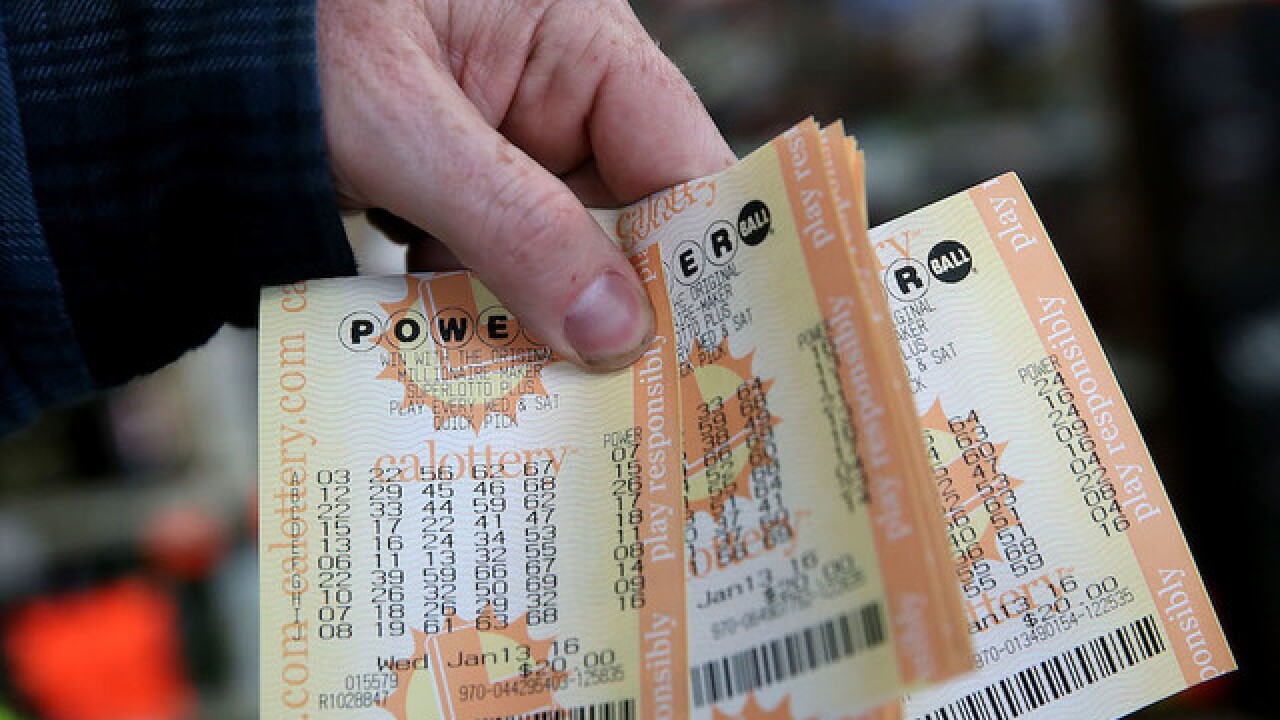 Copyright Getty Images
Justin Sullivan
<p>SAN LORENZO, CA - JANUARY 13: A customer holds a handful of Powerball tickets at Kavanagh Liquors on January 13, 2016 in San Lorenzo, California. Dozens of people lined up outside of Kavanagh Liquors, a store that has had several multi-million dollar winners, to -purchase Powerball tickets in hopes of winning the estimated record-breaking $1.5 billion dollar jackpot. (Photo by Justin Sullivan/Getty Images)</p>

KANSAS CITY, Mo. – Missouri is second only to Indiana when it comes to Powerball winners.

So, 41 Action News traveled to the small town of the last big winner in the Kansas City area to talk with residents about their odds.

Shirley Kier lives and works as a beautician in the town of 529 and wouldn’t have it any other way.

“It’s real small and a lot of people in this town are very nosey. But it’s alright, I wouldn’t go to Kansas City or nowhere," she said.

Kier wouldn’t leave even if she won the Powerball or Mega Millions.

It’s a precedent that’s already set. In 2102, Mark Hill and his wife purchased one of two winning Powerball tickets at the Trex Mart off Highway Z in Dearborn.

They came home with $293.7 million, making it the largest jackpot prize ever in Missouri.

“After they won the lottery, they would still come down to the café and have dinner,” Mike Lyon told 41 Action News.

Kier used to cut Mark Hill’s hair, and Lyon used to be his mailman.

“You asked what the atmosphere was like in town when the Hillss won the lottery,” Lyon siad. “It was like there was a lot of electricity in the air.”

The push is now on to try and recreate that electricity.

The jackpot for Powerball stood at more than $550 million as of Thursday afternoon.

For Mega Millions, it was more than $445 million.

The chances of winning are slimmer in a town of 529, but many in Dearborn are hoping 'lottery lightning' strikes the same place twice, and that the small town produces another winner.