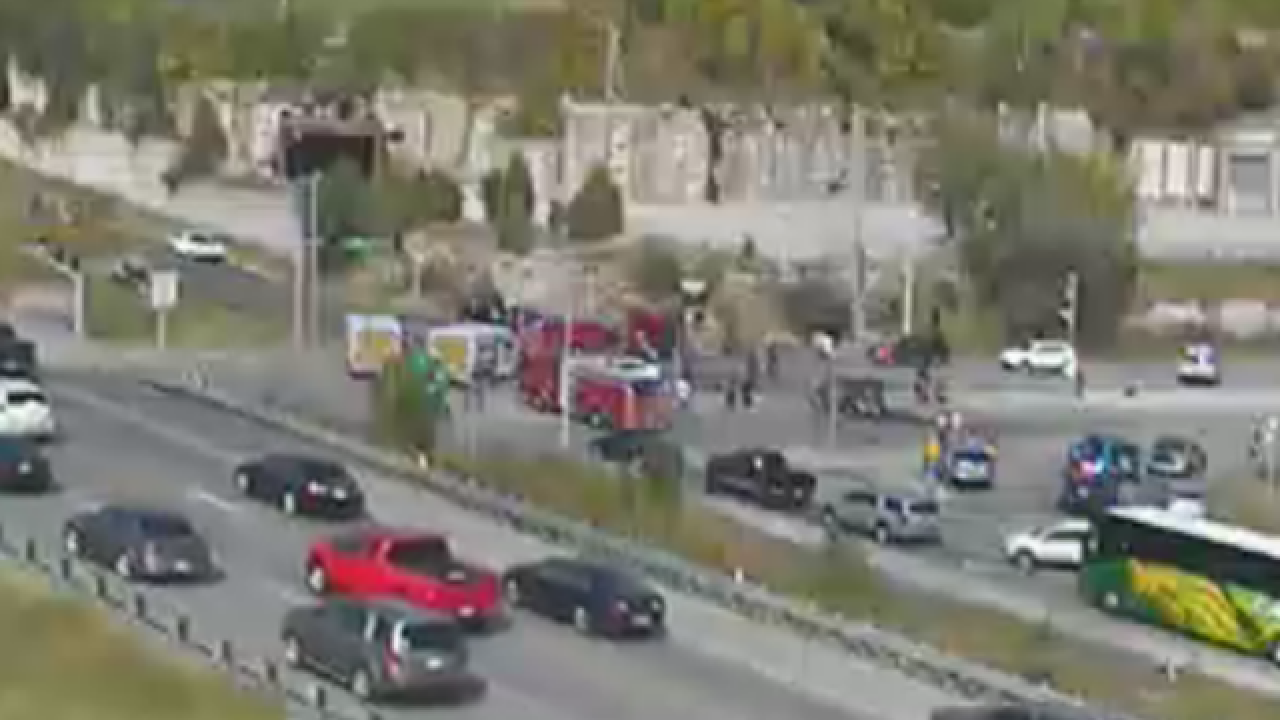 Two children, a 16-year-old and 3-year-old, died in the crash, and two others were seriously injured.

Court documents say Gray drove onto the 23rd Street ramp off of I-435 in a black Dodge Ram.

The probable cause statement says witnesses to the crash said Gray didn’t slow down at all as he exited the highway.

One witness said he swerved around her vehicle going what she believed to be about 80 mph. She never saw his break lights flicker on before the crash.

Court documents say Gray had been traveling at 90 mph in a 40 mph zone.

Gray crashed into Toyota Rav 4 that was stopped at a red light the end of the ramp, sending it into the intersection to collide with another vehicle, a Hyundai. That car then ran into a Ford F-150.

The drivers of the Toyota and Hyundai, as well as their two juvenile passengers, were taken to area hospitals, where the two children died.

Investigation later revealed that Gray had a high level of THC in his system at the time of the crash, though he told officers he hadn’t smoked marijuana that day.

He also told officers he didn’t remember any of the crash, and only woke up after it was over. He said he only recalled being angry that there was so much traffic and thought he should have gone a different way.

The investigation also revealed no evidence that Gray tried to brake at any point. The truck’s acceleration was recorded at 100 percent throttle.

Witnesses to the crash who helped the victims out of their vehicles said Gray didn’t show any signs of remorse, but only seemed to care about the damage done to his truck.