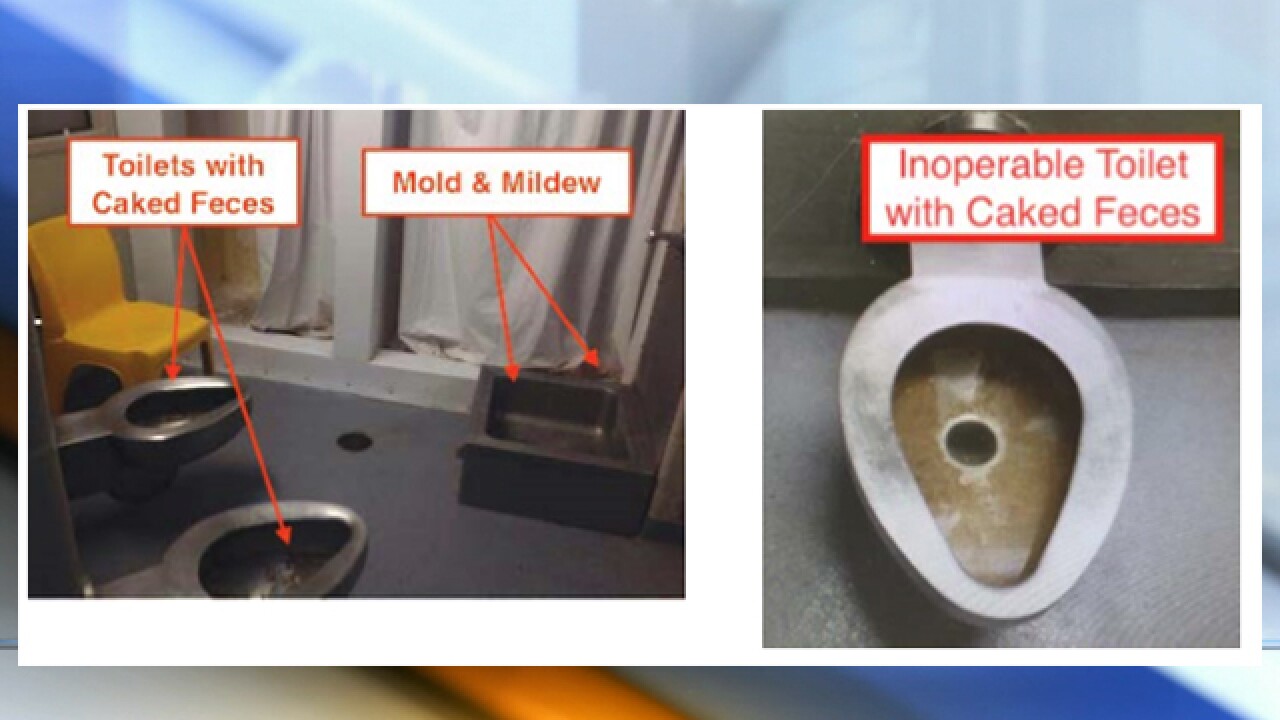 Copyright 2018 Scripps Media, Inc. All rights reserved. This material may not be published, broadcast, rewritten, or redistributed.
<p>Photos of conditions at the Jackson County Jail. Images included in Jackson Couny Grand Jury report.</p> 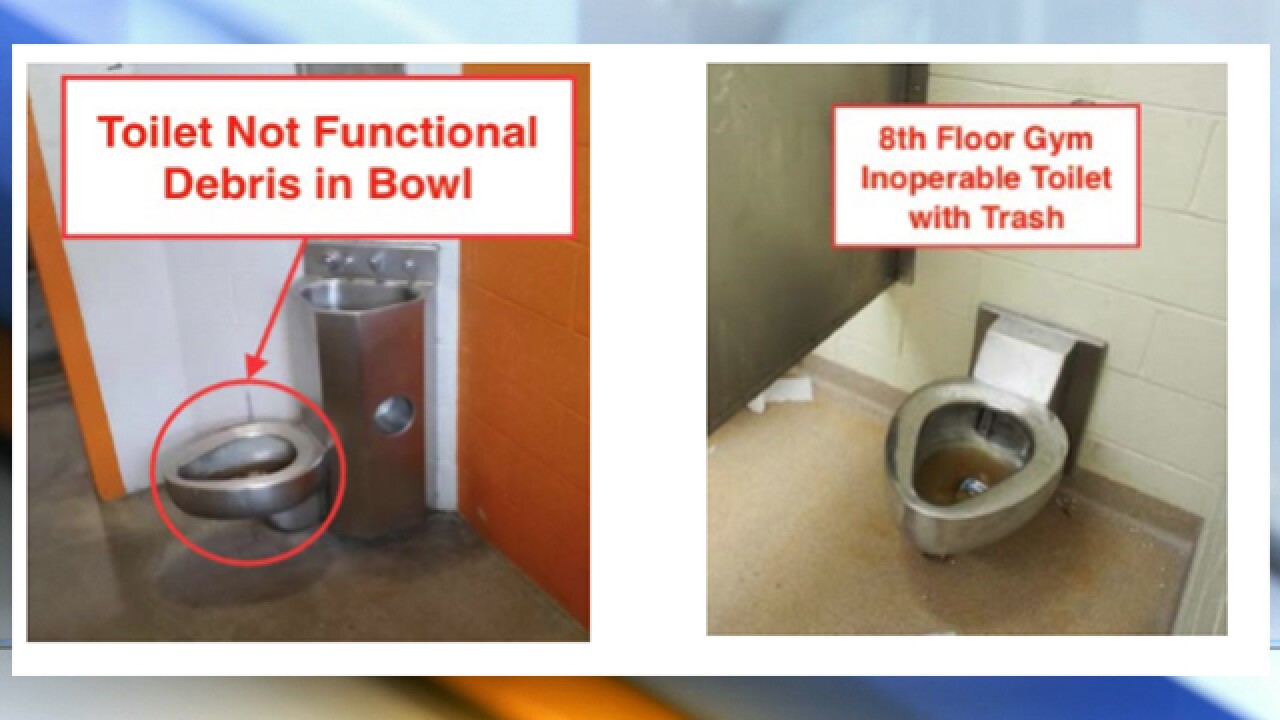 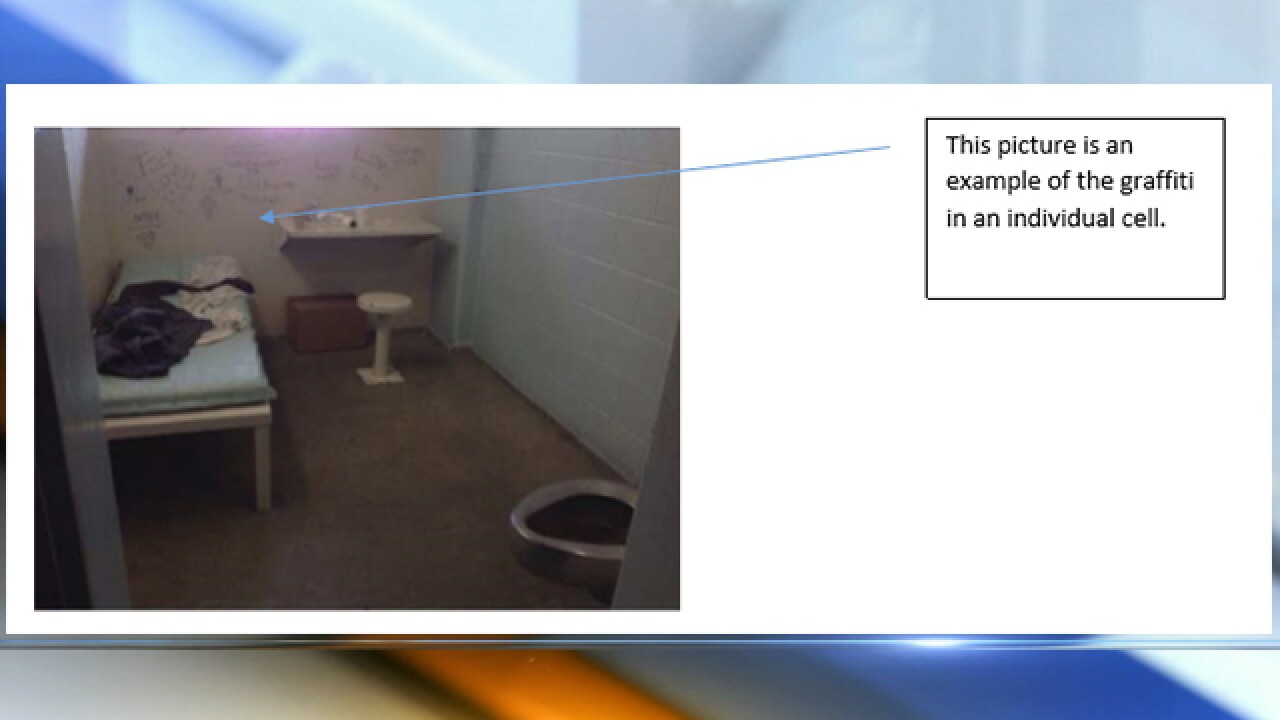 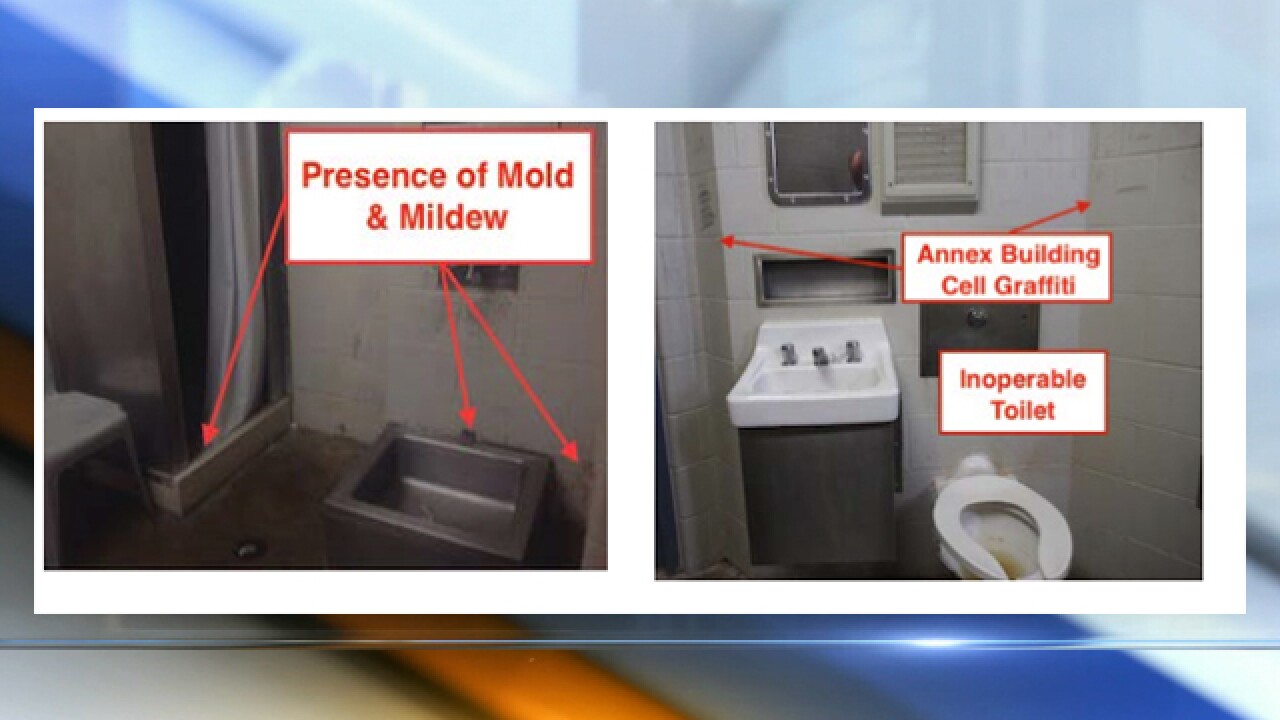 The report, released Friday afternoon by the Jackson County Prosecutor’s Office, was put together by Jackson County residents tasked with “examining public buildings” and reporting their findings.

Jackson County Prosecutor Jean Peters Baker released a statement on the report, saying the report was completed with hundreds of hours of testimony, materials, writing and a walkthrough of the facility.

Peters Baker had requested the report in August 2017.

On the first page of the report, grand jurors outlined a 2017 instance in which inmates in the jail, using illegally obtained cellphones, spoke with others outside the jail. Those conversations, according to the report, led to the murders of key witnesses.

The jail, according to the report, “is overcrowded with inmates and understaffed with corrections officers.”

Jurors also took testimony about a boy who was not able to visit his mother in the jail while she was awaiting the trial. The boy’s visits weren’t allowed because the jail didn’t have the staff to supervise the visit.

Grand jurors also questioned to effectiveness of recent investments, noting that a recent five-year, $120 million project at the jail still left one national expert describing the jail as “one of the worst correctional institutions.”

Other points in the report include how jail guards are treated. Last fall, four men were charged in the attack of a jail guard.

The attack was captured on video:

The Grand Jury recommends another grand jury be called in one year to review any changes made at the jail.

County Executive Frank White released a statement early Friday evening, saying his office wasn't aware the report was going to be released until asked for comment.

White says it's evidence of Peters Baker using the jail as a "political opportunity."

"The County strongly disagrees with many characterizations as presented by the Prosecuting Attorney, but we will use this report, as we have with every other opportunity, to grow and better our facilities and operations for this community," White said in the statement.

Jurors also suggested that while reviews are underway, administrators should look into hiring out private companies for assistance in jail operations.