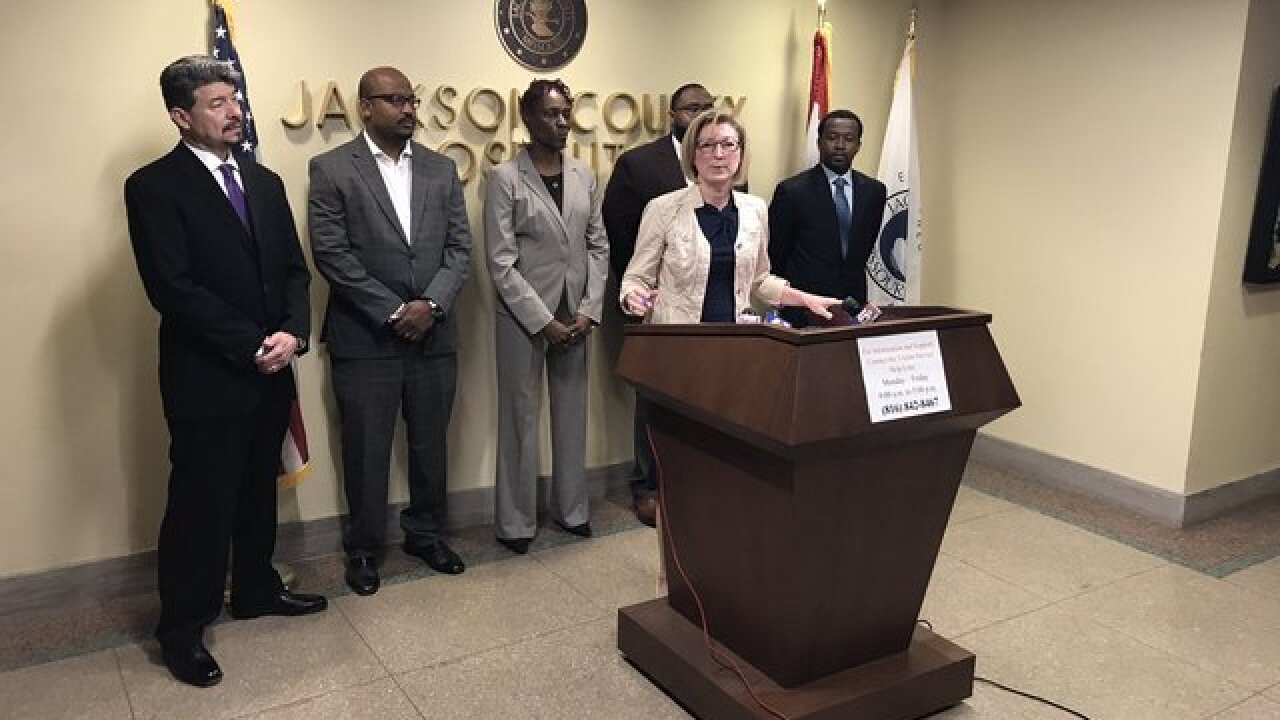 KANSAS CITY, Mo. — Damon Daniel said he remembers speaking to a grandmother in a Kansas City neighborhood after a shooting earlier this year. The woman had lived in her home for more than 40 years, but now she was scared after stray bullets went through her front window.

Daniel knocked on her door and offered to help pay for replacing the windows and provided access to counseling.

"Our message again is that we care. That is new to some of them. They hadn't had that before. One woman even expressed to us she is not used to receiving help, so this was a great relief for her," explained Daniel who is the president Ad Hoc Group Against Crime, an organization in Kansas City dedicated to fighting violence.

Wednesday, Jackson County Prosecutor Jean Peters Baker announced the creation of the Caring for Crime Survivors program. The program is designed specifically to help victims of shootings, such as the grandmother Daniel met.

Victim advocates from the prosecutor's office will team up with counselors and volunteers from the Ad Hoc Group Against Crime to run the program.

They will reach out to immediate victims of shootings, and then visit neighbors in a door-to-door campaign.

The Community Backed Anti-Drug Tax (COMBAT) contributed $100,000 to launch this program. Peters Baker said her office applied for several grants to supplement the initiative, but did not receive any funding that way. She added her office could not wait any longer before starting this program.

In 2017, there were more than 500 bullet to skin, non-fatal shootings in Kansas City.

By taking actions to help people, instead of simply talking about it, organizers anticipate this initiative will build relationships and trust between the community and the justice system.

The prosecutor’s office established a phone number dedicated to Caring for Crime Survivors: 816-842-8467.