Kansas City area deals with another day of icy conditions 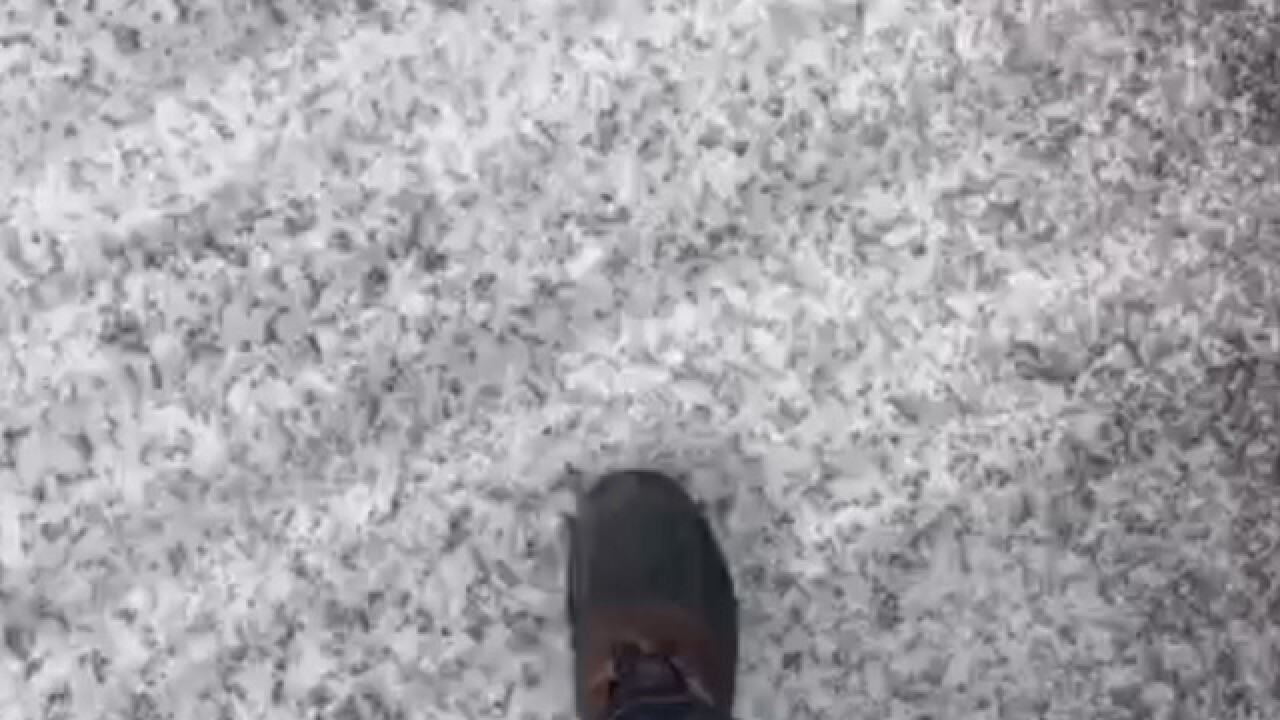 KANSAS CITY, Mo. — These icy conditions have been difficult, but not just for everyday drivers.

“It's never something any snow plow driver wants to do but it's our job,” Senior Traffic Engineer with Shawnee Public Works, Chris Porras said.

For 16 years, Porras has manned the snow plow, getting ready for even more icy weather.

“It’s important that we get everything up that we can today before the next one comes in so we're not fighting what's already down,” Porras said.

“We've used probably half the salts that we have in the tents, and about maybe a quarter we have in the barn so we've gone through quite a bit of salt this year,” Porras said.

The biggest challenge when getting out on the road is the ice.

“The temperatures are usually lower and so it bonds really well to the ground and our blades — it doesn't peel up like snow would and it makes it really hard to get around and get the salt down,” Porras said.

That’s why he’s urging drivers to be careful when they’re near snow plows.

“It's important that you give us plenty of room because if we lose control in one of these, it's not as easy to get back under control as a regular truck,” Porras said.

As crews prepare for what’s ahead, it’s more than just a job, but a responsibility.

“We consider ourselves first responders just like the police and fire department,” Porras said. “It's part of our job to make the community safe and we take great pride in that.”

While the ice made it sound and feel like winter, road crews in Kansas City, Missouri were still dealing with the aftermath of Tuesday morning’s storm.

KCMO Public Works Department was tasked to prioritize 311 calls.  As of Wednesday at noon, they had 153 cases on their list. Many of them in the southern part of the city.

Richard Bramen’s wife called to report the icy conditions on their block—122nd and Prospect.

“You can do about 80 miles an hour right across Blue Ridge you can pick up that much momentum,” Bramen said.

The city said the combination of cold air and pavement temperatures reduces the effectiveness of salt treatments.

But Bramen said he hasn’t even seen a salt truck.

In response, KCMO Public Works told 41 Action News on days like Tuesday, it is completely plausible a salt truck did go down the street but rain could have washed away the material.

As another round of ice is looming, Bramen, his wife and his pets are hunkered down but have a simple request for the city.

KCMO crews wrapped up treating slick spots at 4 this afternoon. But they are hitting the streets once again Wednesday evening ahead the overnight storm.