Kansas movie theater is oldest in the world, located just outside of Kansas City

The oldest cinema in the world is near Kansas City. The Plaza Cinema in Ottawa, Kansas earned the title a few weeks ago from the Guinness Book of World Records.

OTTAWA, Kan. — The Plaza Cinema has been showing films since 1907.

For years, it’s held the title of America’s Oldest Cinema, but owner Peach Madl made it her mission to prove it was indeed the oldest in the world.

After years of collecting evidence — everything from court documents to photographs and building permits — she finally received the official certificate from Guinness World Records.

The cinema is the oldest purpose-built cinema in operation. It’s been open for nearly 111 years.

Madl proudly displays the certificate in the corner of the lobby. The document is surrounded by framed evidence she used to prove her case.

"The Plaza Cinema has had several names. It started as the Bijou and then the Yale and then the Crystal Theatre,” said Madl. 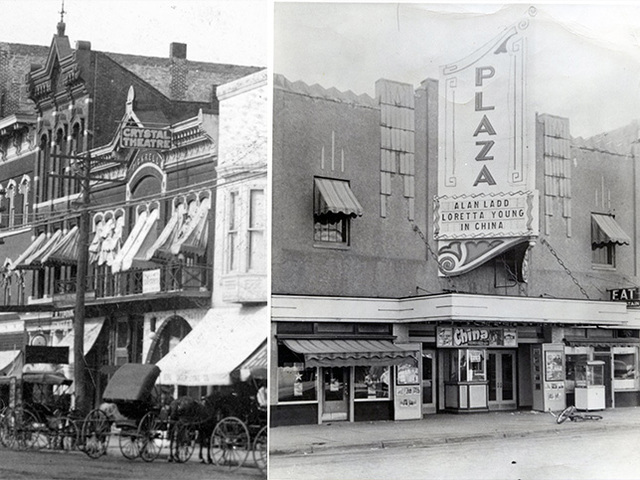 Photos of the Plaza Cinema through the years courtesy Peach Madl

Behind the screens, Madl created a movie memorabilia museum.

Throughout the years she’s collected scripts, props and costume pieces from popular films.

Madl said she’s very proud of the new title, and she hopes it will attract more people to Ottawa.

“We’re so excited! I think it’s a great way for us to maybe have a little economic driver for our downtown,” she said.