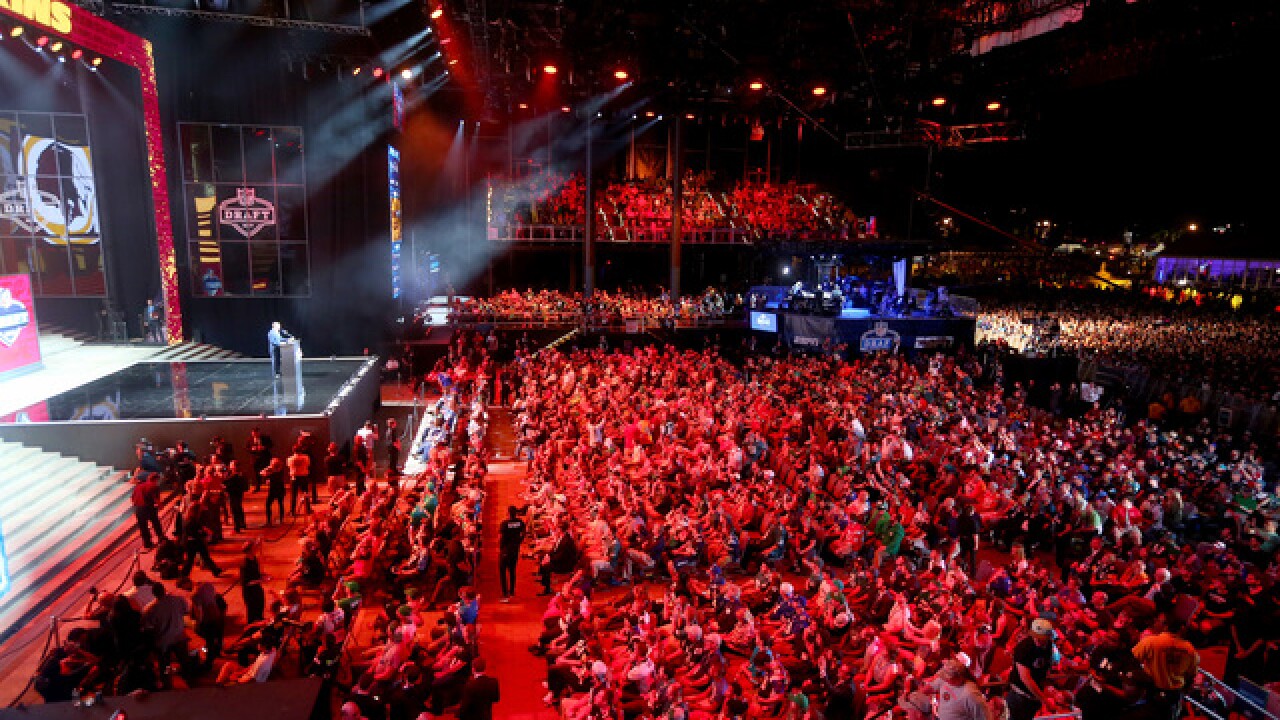 Copyright 2018 Scripps Media, Inc. All rights reserved. This material may not be published, broadcast, rewritten, or redistributed.
Mitchell Leff
<p>PHILADELPHIA, PA - APRIL 27: Commissioner of the National Football League Roger Goodell speaks during the first round of the 2017 NFL Draft at the Philadelphia Museum of Art on April 27, 2017 in Philadelphia, Pennsylvania. (Photo by Mitchell Leff/Getty Images)</p>

ATLANTA – Kansas City’s efforts to host an NFL draft will have to wait for at least another year.

At the annual spring owner’s meeting this week, NFL Commissioner Roger Goodell announced that Nashville will host the 2019 draft.

Kansas City was one of several cities bidding to host the draft.

The city remains in the mix to host the 2020 draft, however the league has not said when it will make an announcement for 2020.