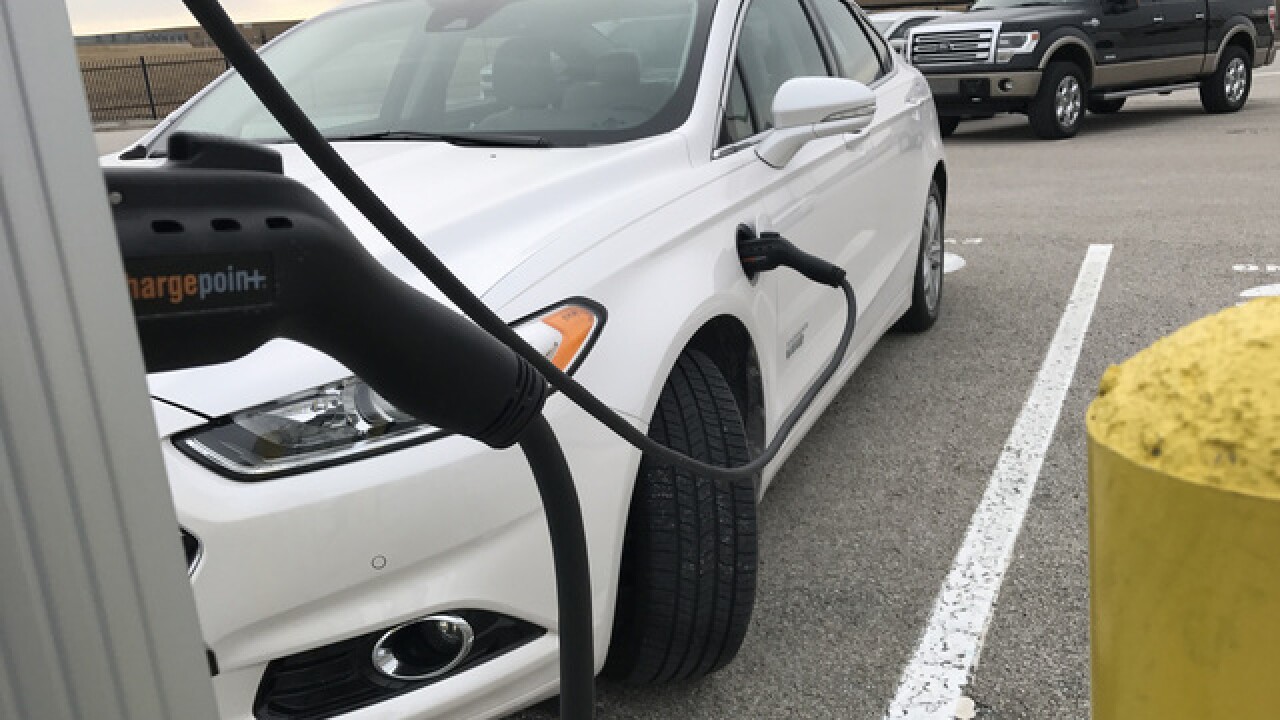 KANSAS CITY, Mo. -- It is easier to ditch gasoline in Kansas City.

The effort began in January 2015. Over the past three years, Kansas City has grown to become the country’s highest-ranked market for electric vehicle demand.

“We really didn't know where this would go when we started,” admitted KCP&L spokesperson Jeff Beeson. “We had about 80 vehicles on the road [in Kansas City]. Today, we're over 5,000 in just three years. We've really shown as you put these stations in, as you build it, they will come.”

Beeson added having more electric vehicles on the road saves money for all KCP&L customers. He said electric vehicle owners plug in their cars to charge overnight and in the morning when they arrive to work. Those are times when the power grid is not peaking. Beeson said increasing usage on the grid during non-peak hours makes the grid more efficient, costing KCP&L less to maintain. Those savings are passed on to KCP&L customers in their electric bills.

Fully electric vehicles do not emit carbon dioxide, something Beeson pointed out is better for the environment.

When KCP&L first installed the charging stations, it covered the costs for EV drivers to charge their cars. Now it’s up to the host site to decide whether it will pay for the charge or ask drivers to pay themselves.

Click here to see a map of all the charging stations around Kansas City.