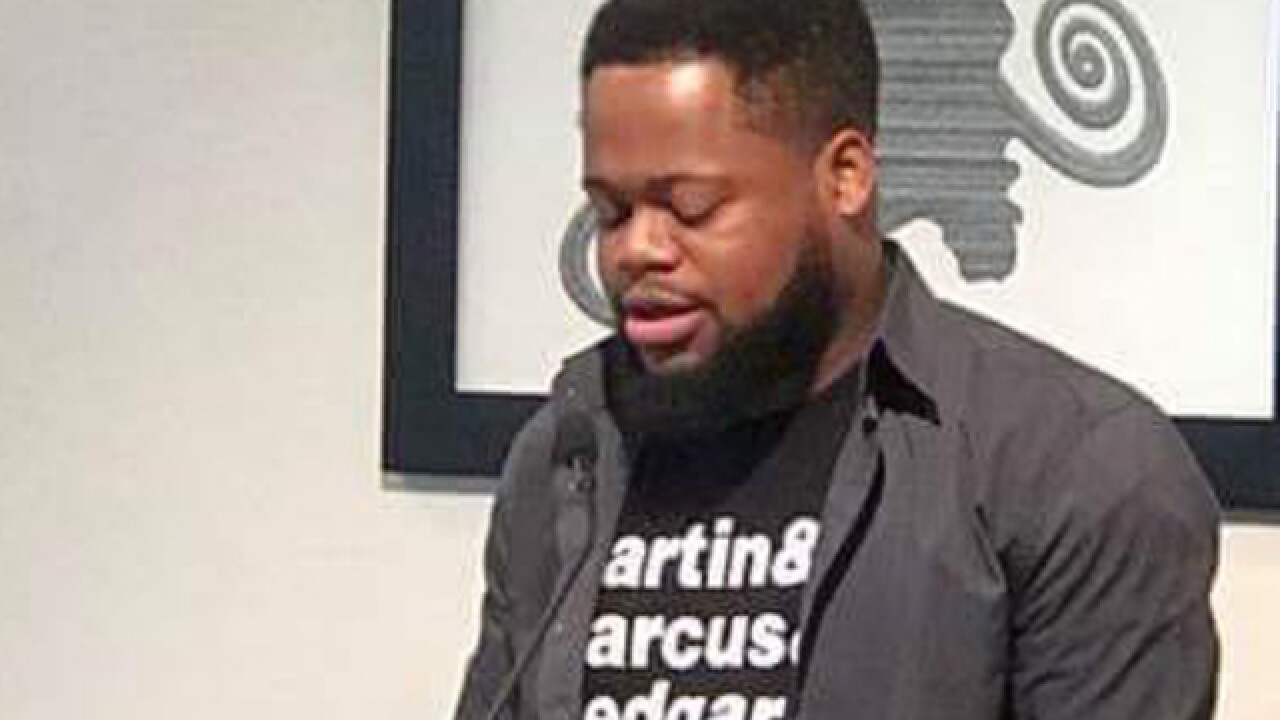 KANSAS CITY, Mo. — Coming from hot, muggy summers in a small town in Mississippi to the cold winters in Kansas City, Jermaine Thompson uses his poetry to reflect his upbringing, challenge his listeners and impact generations.

Thompson began writing poetry at 13 years old as a response to his grandmother's death.

"Everybody was crying, but I didn't understand why I wasn't crying," Thompson said.

As a result, he wrote a poem, which his aunt later put in the obituary and had framed.

Now, he touches on everything from race to politics and religion.

"Being from the deep south, that's one of the things that's always in circulation," said Thompson. "Either your faith is being challenged or your race or your politics. My writing finds ways to integrate all of those things into the same space."

Often times, Thompson finds himself writing from the perspectives of his relatives, taking on the voices of his father, his grandmother or even a preacher at a revival.

He says he works to maintain the voice of his upbringing so that his poetry will be accessible by the generations that came before him.

"Even if my grandparents were still alive, I want them to read my poems and understand what they mean," Thompson said.

To him, being a poet isn't only about writing his story, but he believes poets have a responsibility to catalog history and transform it into something that's hopeful.

"What I want people to take the most from my work is that there is a counter-narrative to the narratives we've already accepted," said Thompson. "There's another story within the story of our existence that might not have been explored as deeply as it should have been."

Thompson came to Kansas City with a specific goal in mind: to get an education. He will receive his MFA in poetry from the University of Missouri - Kansas City.

He says the next step is to publish books and begin teaching creative writing and poetry at the collegiate level.

You can catch Thompson reading at venues around Kansas City. He typically frequents The Uptown Arts Bar and The Writer's Place.