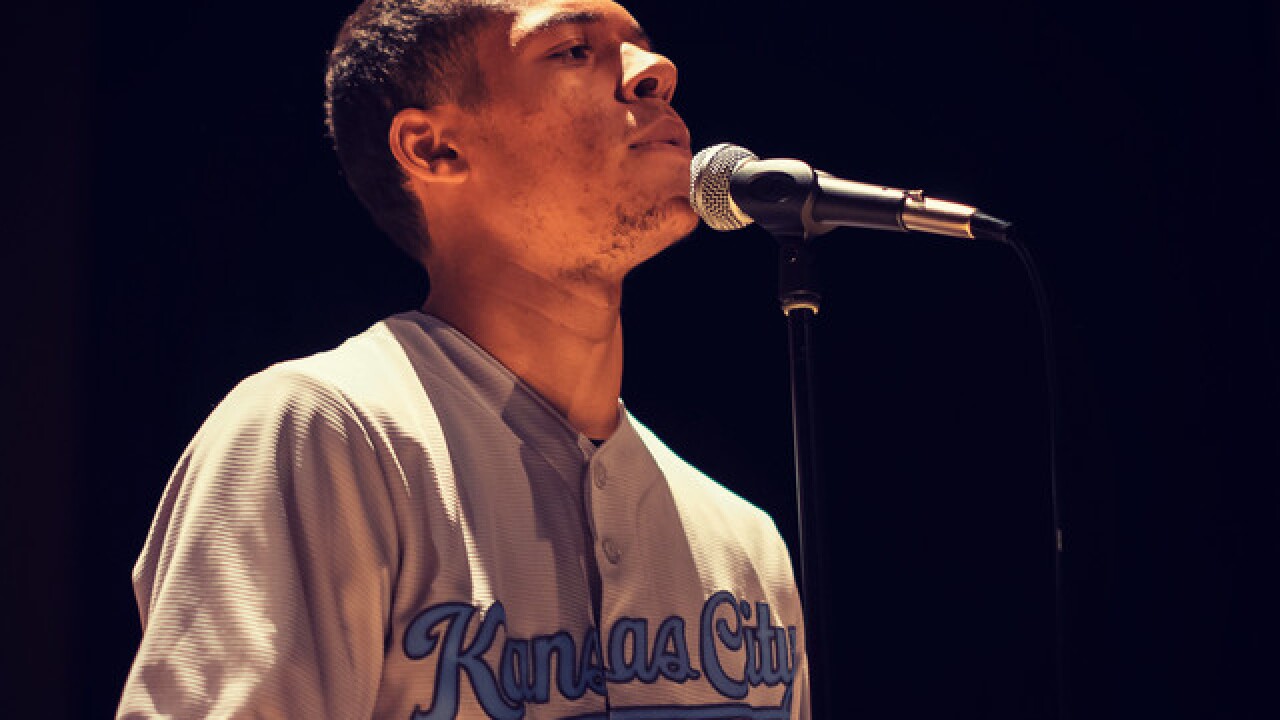 These three words, though negative and hurtful, are what birthed the heartfelt poetry of Darrien Case.

The college athlete uses his words to describe the black experience from someone who was never truly accepted. Case says because of his fair skin tone, people believed he was biracial and often times tried to define who he was for him.

"When you feel like you're in the middle, you don't feel like you belong to either culture," said Case. "A lot of times, people would be comfortable enough to have me as their friend, but more as a token to black culture."

He remembered a time in his childhood when he liked a girl who said she couldn't date him because her parents didn't like black people. Case was just 12 years old.

"It was the first time I'd even been told something like that," said Case. "I had never once felt like I had been judged before."

Case says he started writing poetry at 17 years old, expressing what it felt like to also not be fully accepted by other black people.

It all began during his senior year in high school when Case took a creative writing class on a whim. After hearing poems by Javon Johnson and Rudy Francisco, he says he was blown away and knew poetry could also be an outlet for him.

"They are able to take all of the stuff that they hate about their lives and they are able to turn it into something that inspires others and it inspired me," Case said.

Case admits prior to getting involved in poetry, he figured he would rely on his athletic ability to get him through school. He says that changed when his class began watching poets on YouTube.

Now, by speaking about his own experiences, Case says he wants people to be informed, feel empathy and take the time to understand another person's life. However, even through his art, he says often times it's unappreciated or misunderstood.

"Casket Heavy" is a poem Case wrote after a self-proclaimed white supremacist shot and killed nine black people inside a church in Charleston, South Carolina. When he first performed it, he says another poet tried to give him advice on how to make it better for other people to digest, something Case says is not the focus of his work.

"Sometimes you feel when you're black performing a poem like that, you don't feel like people accept that pain," said Case. "They want to make it more entertaining. They see it. They don't hear you."

Nevertheless, Case uses poetry as a release, saying each piece reveals a part of him in raw form.

Case is currently studying entrepreneurship at the University of Missouri - Kansas City and also runs track for the school.

You can hear more of his work on his YouTube Channel.

The views and opinions expressed in this article are those of the individuals and do not necessarily reflect the opinions of 41 Action News.