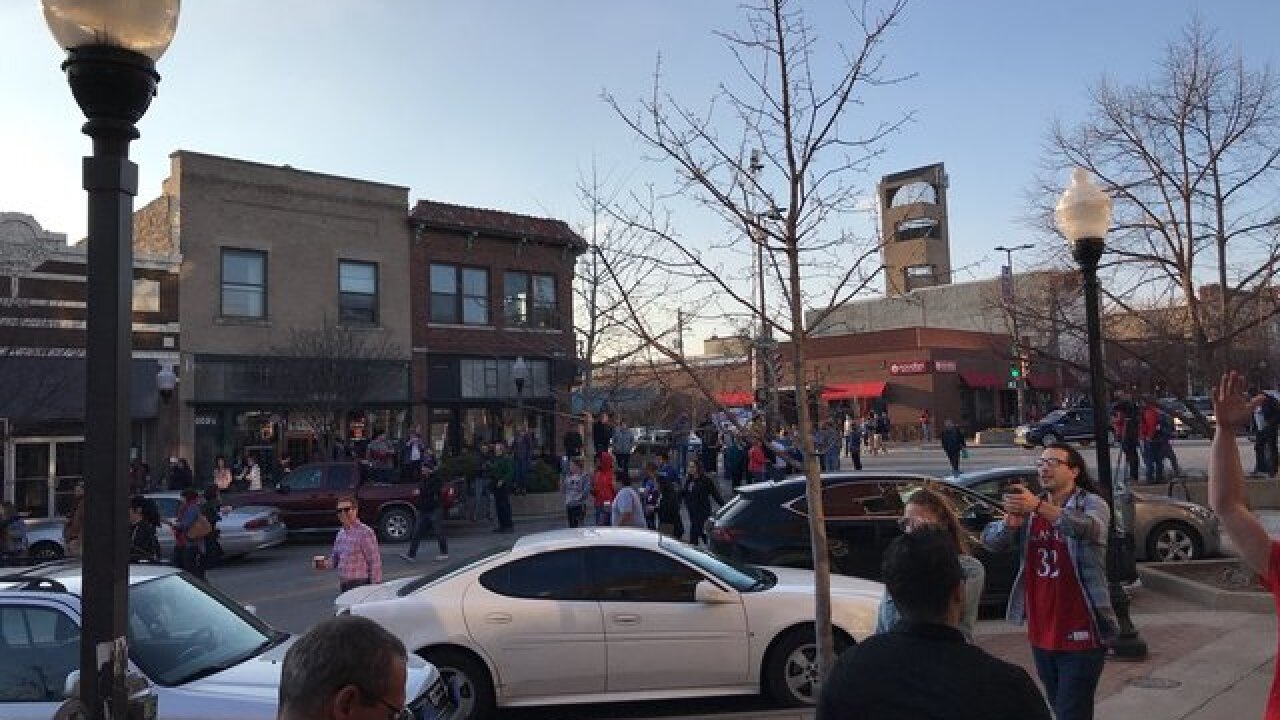 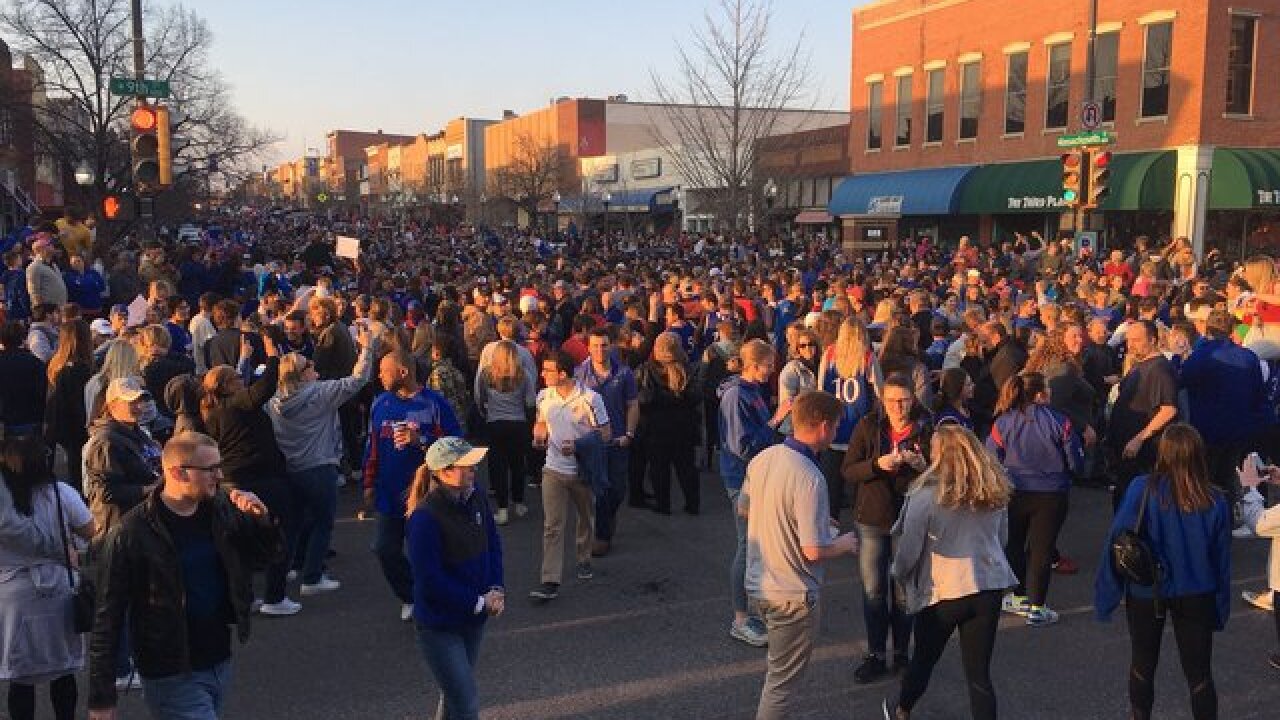 LAWRENCE, Kan.-- Jayhawks fans across the Midwest are celebrating Sunday night after KU knocked off Duke in an overtime thriller.

WATCH: KU Players, Head Coach Bill Self celebrate on the court in Omaha

The win propels the Jayhawks to the Final Four next weekend in San Antonio.

In the bars and restaurants in downtown Lawrence, KU fans are celebrating after sitting on the edge of their seats for more than two hours:

What a game! KU advances! pic.twitter.com/b0UnvwNH79

Back in Omaha, KU players celebrated with Head Coach Bill Self:

THIS is what it’s all about. #FinalFour pic.twitter.com/x3MatBYIEQ