Kelly Iverson had a double mastectomy at age 25 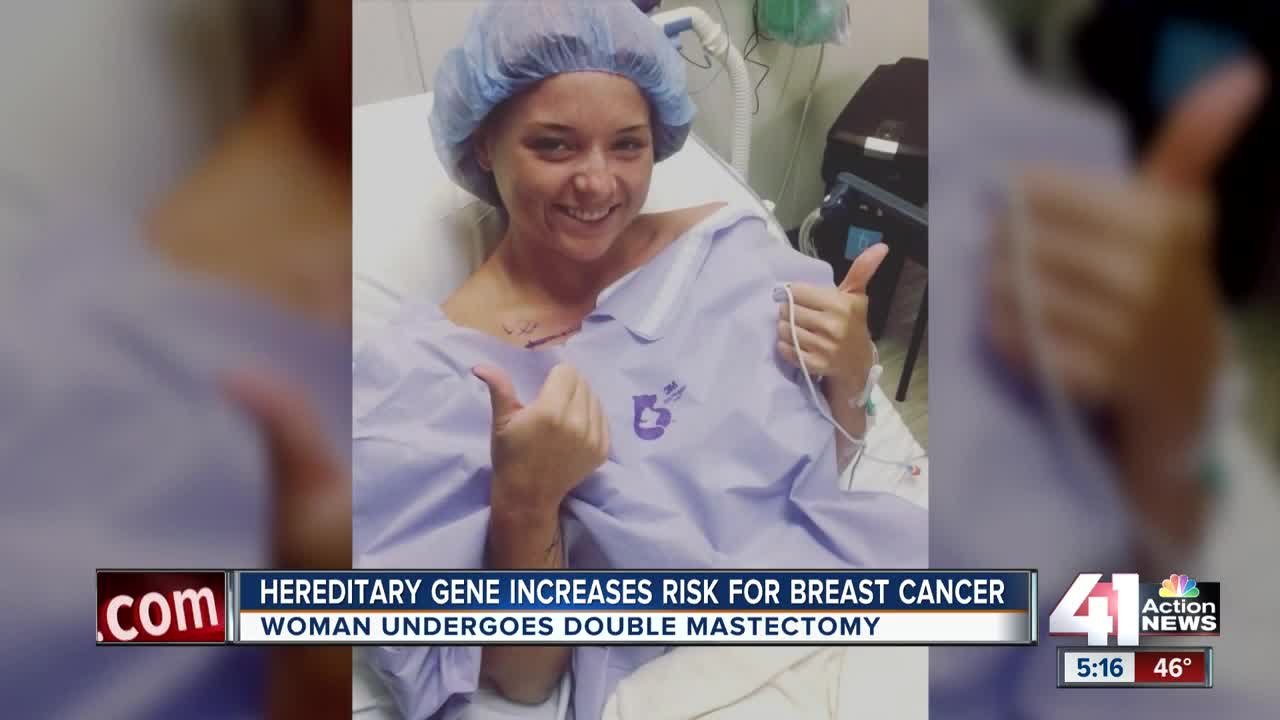 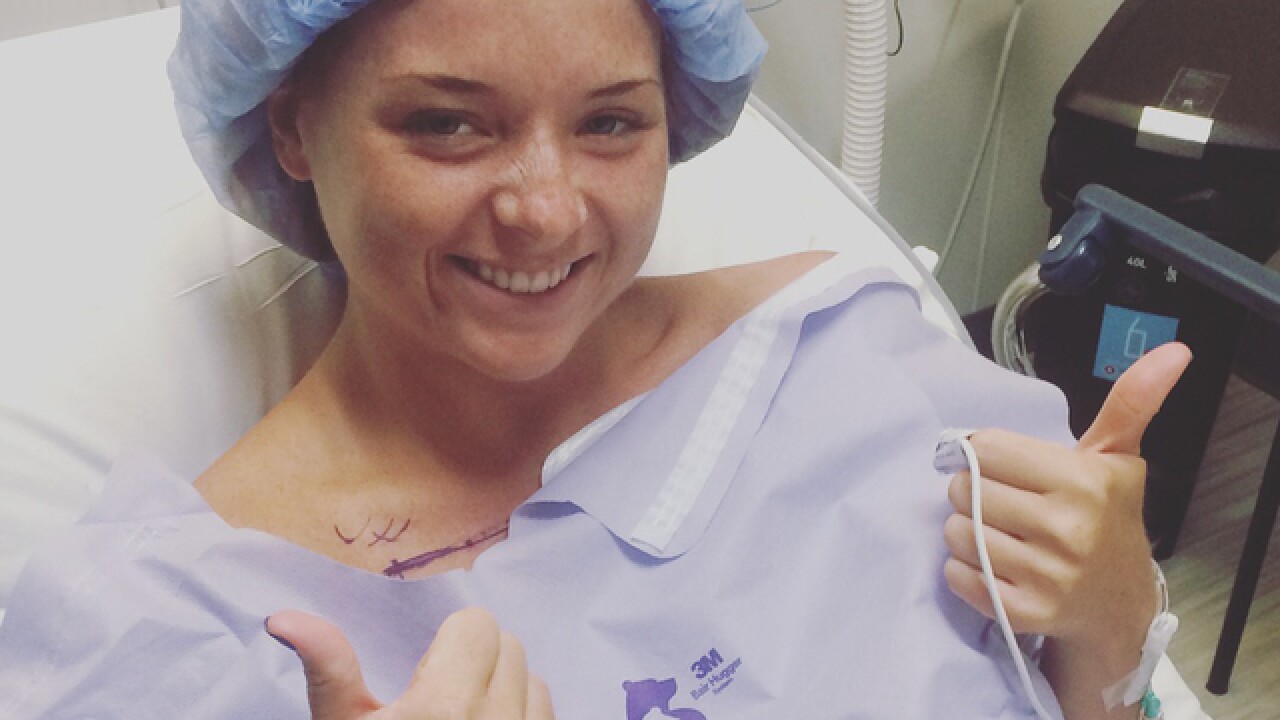 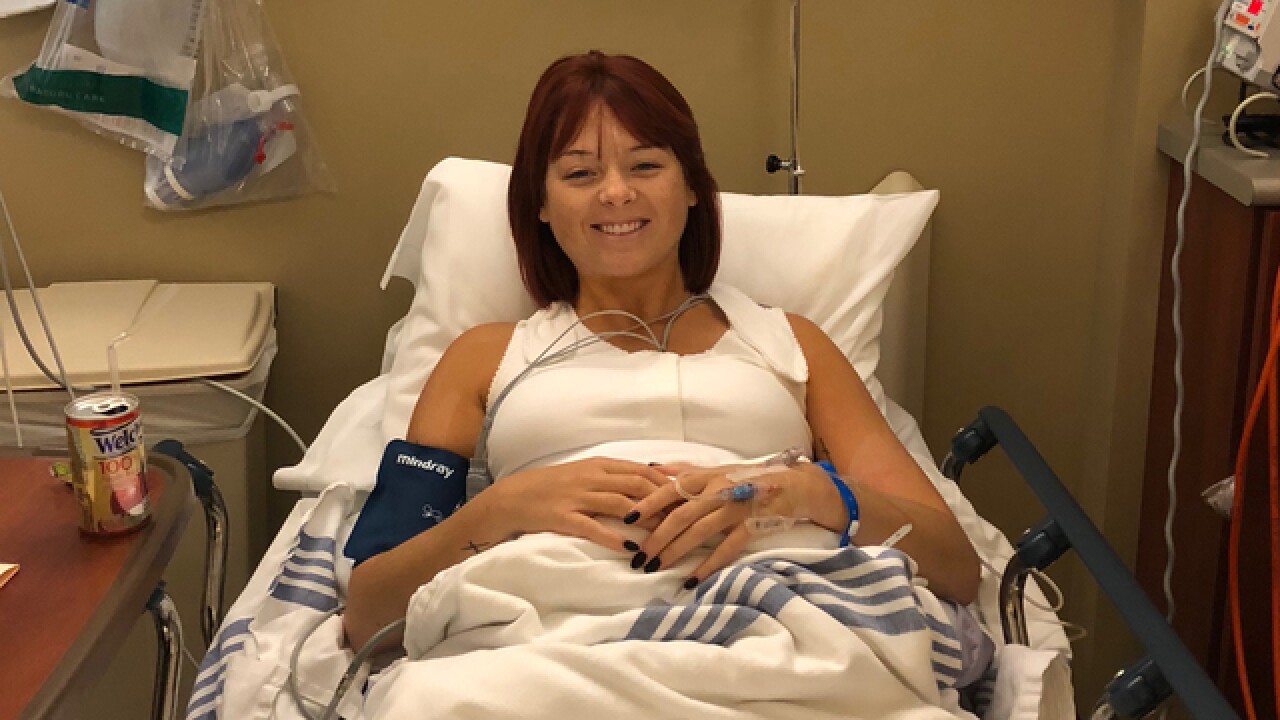 LENEXA, Kan. — Kelly Iverson lives in Lenexa, Kansas but her brush with breast cancer started thousands of miles away in Bangkok, Thailand.

"I just traveled around Thailand and was essentially paid to take the photos of the best restaurants, the best beaches," Kelly said.

She was living the dream until she got the phone call that put her career on hold. Kelly discovered that her risk of developing breast cancer was extremely high because of her family history.

Genetic testing revealed that Kelly's grandmother, Marilyn, who was never tested, likely had the BRCA 1 Genetic market which often leads to breast cancer. Kelly's Aunt, Tammy, who suffered multiple bouts of breast cancer was tested and learned that she does have the BRCA 1 gene. Tammy is currently in remission; but she encouraged her three nieces, Kelly and her sisters, to be tested for the gene mutation. Kelly's test was positive.

"I didn't actually see my grandmother go through breast cancer or my aunt but just hearing what it is they went through, I just knew I never wanted to do that," she said.

So, Kelly returned to Lenexa in early September and had a double mastectomy and reconstructive surgery. Her choice reduced her risk from an 84 percent likelihood of developing breast cancer to less than five percent.

"There was no doubt in my mind that this surgery was the right decision for me and I stand by it and I'm happy that I did it," said Kelly.

Kelly found resources to help her make her own decision on the website, FORCE, Facing Our Risk of Cancer Empowered. Now, Kelly is becoming a peer-counselor and planning to attend FORCE conferences to get the latest information for women facing hereditary risk of developing breast cancer, ovarian cancer, and related cancers.

"The decision I made was right for me but every woman should make the decision that's right for them. I want to empower them to know their options and know they're not alone. They have someone to support them," Kelly said.

For women with a family history of breast cancer, Kelly said it's important for them to connect with a Genetic Counselor to determine if they need a saliva or blood test to find out if they have the BRCA 1 genetic mutation.