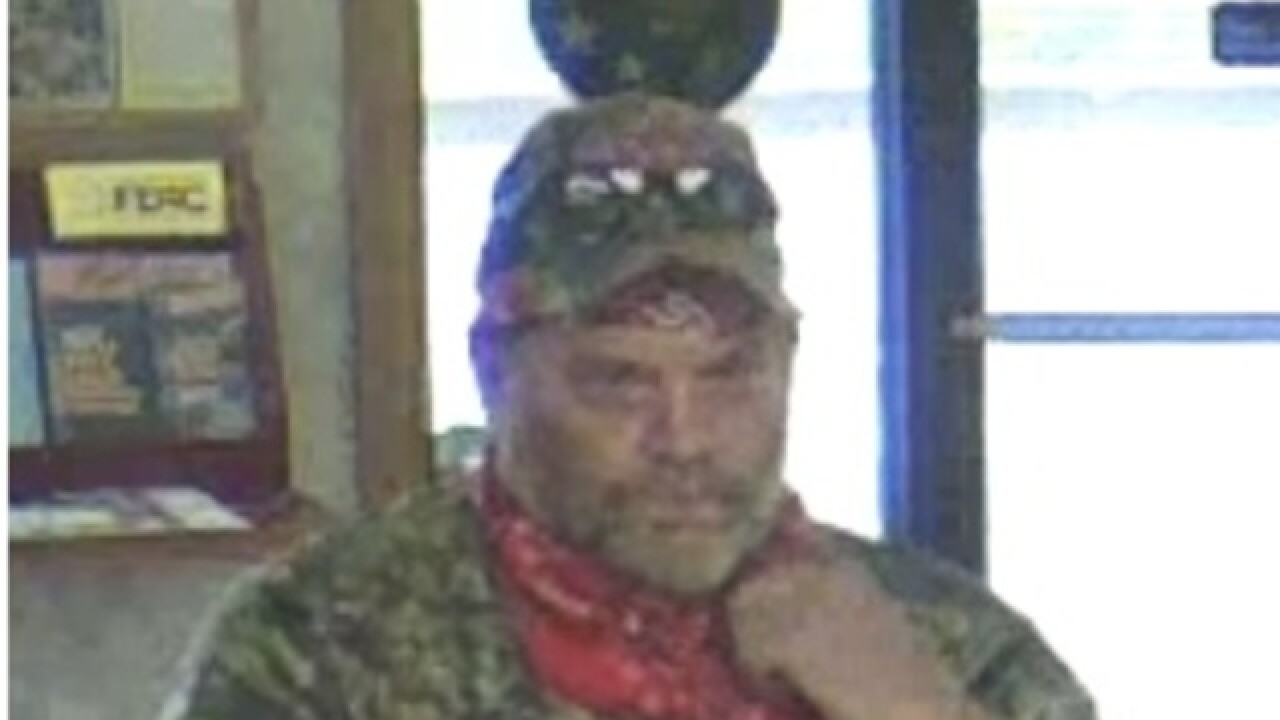 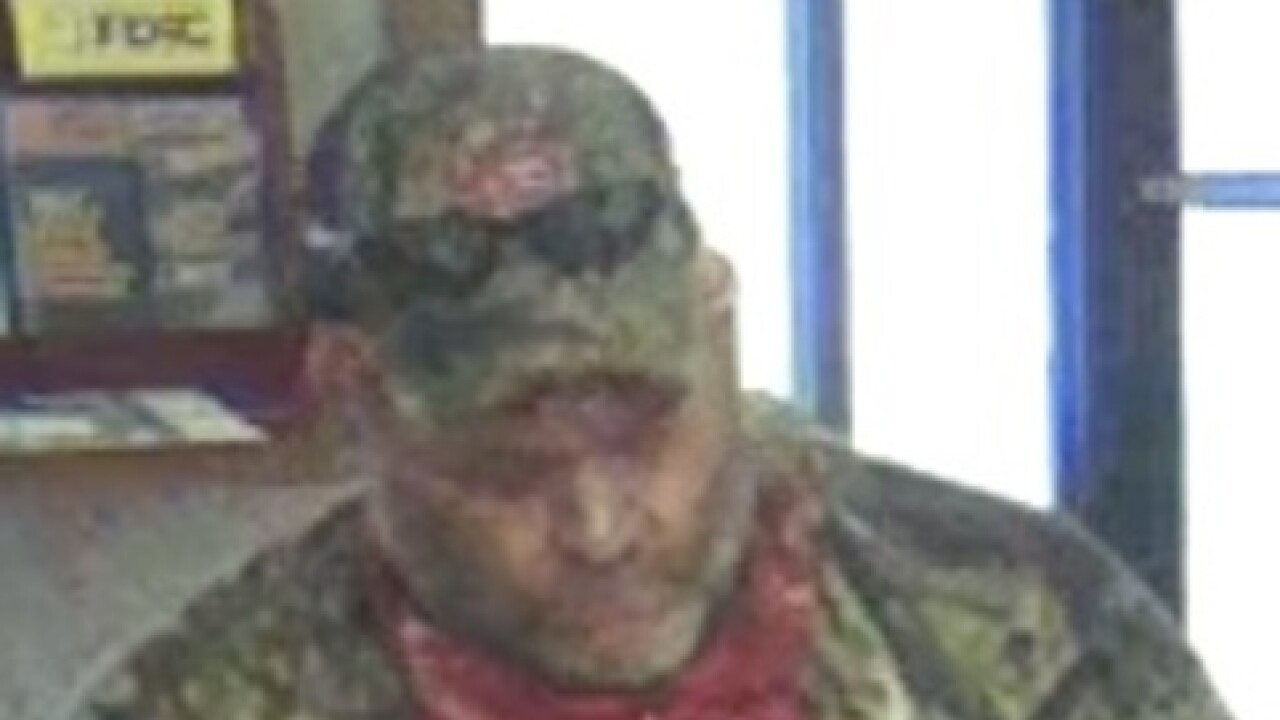 BASEHOR, Kan. - A man robbed the Basehor Citizens Savings and Loan early Saturday morning, but no injuries were reported.

The FBI says just after 10:00 Saturday morning, a white male handed the teller a demand note, but did not display a weapon.

He left a package, claiming it was an explosive device, then fled with an undisclosed amount of cash.

The suspect is described as a white male, 6' tall, heavy set, with a beard,  wearing a camo jacket, ball cap, with a red bandana around his neck.

He left in a newer white 2 door sedan with a spoiler on the back and tinted windows.