Metro March of Dimes raises over half a million for babies 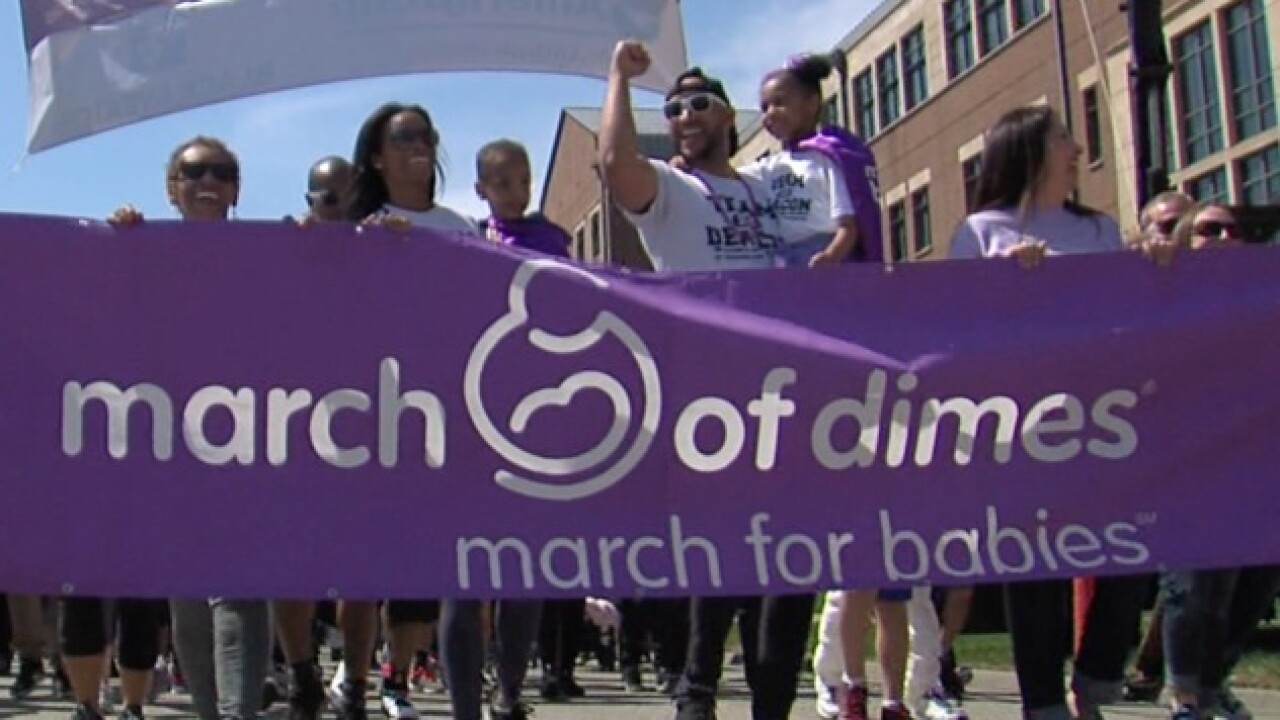 The March of Dimes organization held its annual March for Babies, a fundraiser that brought in $585,000 for research and prenatal care.

It’s an organization Marc and Cat Middleton are thankful for.

“Cat had an odd feeling. She didn’t think she had felt as many movements as many kicks, so we decided to go in,” explained Marc Middleton, who said they had been regularly going to the doctor’s office to monitor he and his wife’s pregnancy.

Cat is a registered nurse herself.

“When we made it to the operating room, it was really kind of 50/50,” explained Cat, who said many parents placed in a similar situation have tough, fast decisions to make.

Cat went into emergency surgery because baby Deacon was not getting the nutrients he needed.

He was born at just over 25 weeks and weighed about one pound.

“His arm went through my wedding ring, up to his bicep and it was still loose up there,” said Marc Middleton, who reminded 41 Action News how tiny and delicate a full-term baby is immediately after its born.

Deacon was several pounds smaller than that.

“A one-pound baby can fit in your hand,” said Middleton.

Medical research shows babies need about 39 weeks in the womb. The eyes, lungs and gastro tract are some of the final stages in development.

Today, Deacon sees a speech therapist but things are much better as he plays with big sister Sophie and even leads the March of Babies with his family, at just three years old.

Saturday, Deacon even picked out a Super Man cape to wear, which ties in with the March of Babies.

“He’s been into styling himself lately.  He picked out his pants,” laughed Cat Middleton.

March of Dimes is focused on research and finding better ways for moms and babies to reach full-term births.

It works with hospitals, health departments and like facilities to make education and prenatal care available to everyone.

It may resonate the most for the families of preemies, for simply being there in the hardest moments of their lives.

Middleton said Mother and Father’s Day were during the 90 days Deacon spent in the hospital after his birth.

“They gave encouraging cards, notes. We would sit with other families who have experienced premature birth,” said Middleton.

Her husband remembering the little things volunteers would do, to bring some normalcy during a trying time.

“They just let us know we are not alone and they are there for us,” said Marc Middleton.

The Middletons raised $3,000 of the organization’s overall total for Team Deacon on the March of Babies 2018.

Deacon will soon be celebrating his fourth birthday.