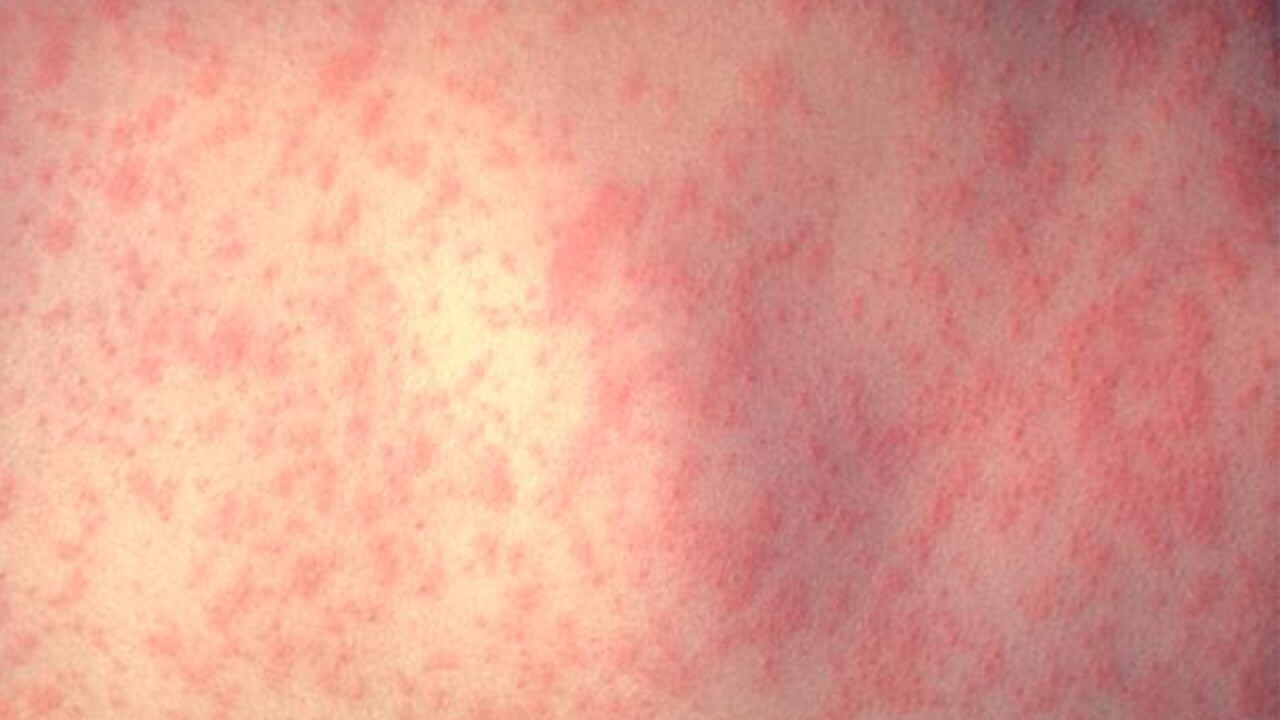 KANSAS CITY, Mo. -- A Missouri resident has caused a measles alert in three other states.

Health Departments in Iowa, Minnesota and Wisconsin have issued a warning to residents about possible exposure to measles from an out-of-state resident.

They say a Missouri resident with a confirmed case of measles traveled through the states and visited several locations.

Symptoms typically begin with a high fever, cough, runny nose, and red, watery eyes. Three to five days after symptoms begin a rash develops and usually starts on the face at the hairline and spreads down to the neck, arms, and legs, according to KDHE.

The best way to prevent measles is to get the MMR vaccine. If you have had measles or have been vaccinated, your risk of contracting the disease is extremely low.

People who are ill or exhibiting measles-like symptoms should stay home unless they are seeking medical care. The news release says before visiting a healthcare provider, call ahead so the provider can take measures to protect other patients and staff.