Moms to rally for hospitals to provide more midwife options 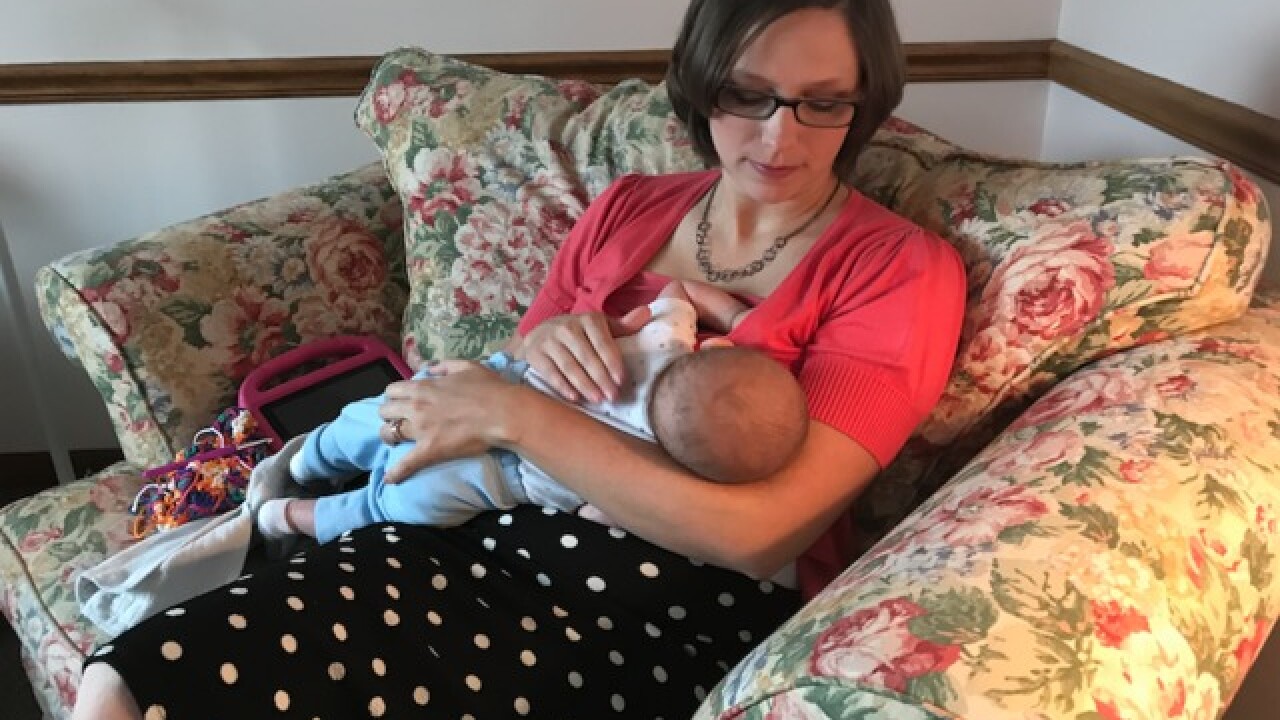 LENEXA, Kan. - More women are choosing to deliver their babies with the help of a midwife, but not many Kansas City-area hospitals offer the service.

Mothers plan to rally Sunday afternoon at 2 p.m. outside Shawnee Mission Medical Center in a "March for Midwifery." Their goal is to convince the hospital to allow and/or hire midwives.

Shawnee Mission Medical Center said it delivers the most babies of any hospital in the Kansas City metro: roughly 5,000 each year.

A midwife is a person trained to assist with childbirth. Their role has evolved from the stereotypical attendant who oversees in-home births. The majority of midwives deliver babies in hospitals. Mothers prefer to deliver in a hospital so they are close to emergency services if something goes wrong.

Midwives say they offer more personal and individualized care than doctors which allows mothers to choose how they deliver babies. Most midwives have a lower rate of C-sections.

"A lot of times, [obstetricians] view pregnant women as a problem that needs to be solved. If you are pregnant, we will get you 'unpregnant.' We will deliver your baby and you're done. [Midwives] see it as something totally natural that women choose to go through and give you the confidence to have the birth that you want," said Jessica Holmes, who delivered her last three babies with a midwife after what she described as a bad experience delivering the first with a doctor.

State laws in Kansas and Missouri require independent midwives to have a collaborating physician basically sponsor them, or give them privilege to deliver babies in a hospital. Twenty-five states do not require collaboration.

The certified nurse midwives at Lenexa-based Midwife Partners in Women's Wellness said most doctors don't understand what it means to collaborate with a doctor.

A physician at Shawnee Mission Medical Center stopped collaborating with Midwife Partners in January. Since then, the group has not found a physician to sponsor them in Kansas.

It suggested that Shawnee Mission's staff of "hospitalists" sponsor the midwives. The hospitalists are staff doctors at the medical center around the clock to help with any obstetrician-related emergencies. The hospital said those doctors don't have normal clinic hours and it is not appropriate for them to sponsor a midwife.

A spokesperson said it is up to individual doctors, or physician groups that work at the hospital to decide whether to collaborate with midwives.

The spokesperson released this statement:

Shawnee Mission Health recognizes the benefits of midwifery care for low-risk patients, and has been privileged to have midwives on our medical staff for many years. Recently, the physicians who supported these midwives have chosen not to continue those partnerships, and physician affiliation is required for midwives to provide care at the Shawnee Mission Birth Center. We have not historically employed midwives, but we look forward to additional opportunities to work with midwives who are affiliated with physicians currently on our medical staff.

Kansas City is also hosting a local version of the nationwide March for Moms. It takes place prior to the March for Midwifery from 12 p.m. to 2 p.m. Sunday, May 6 at Mill Creek Park, near the Country Club Plaza.