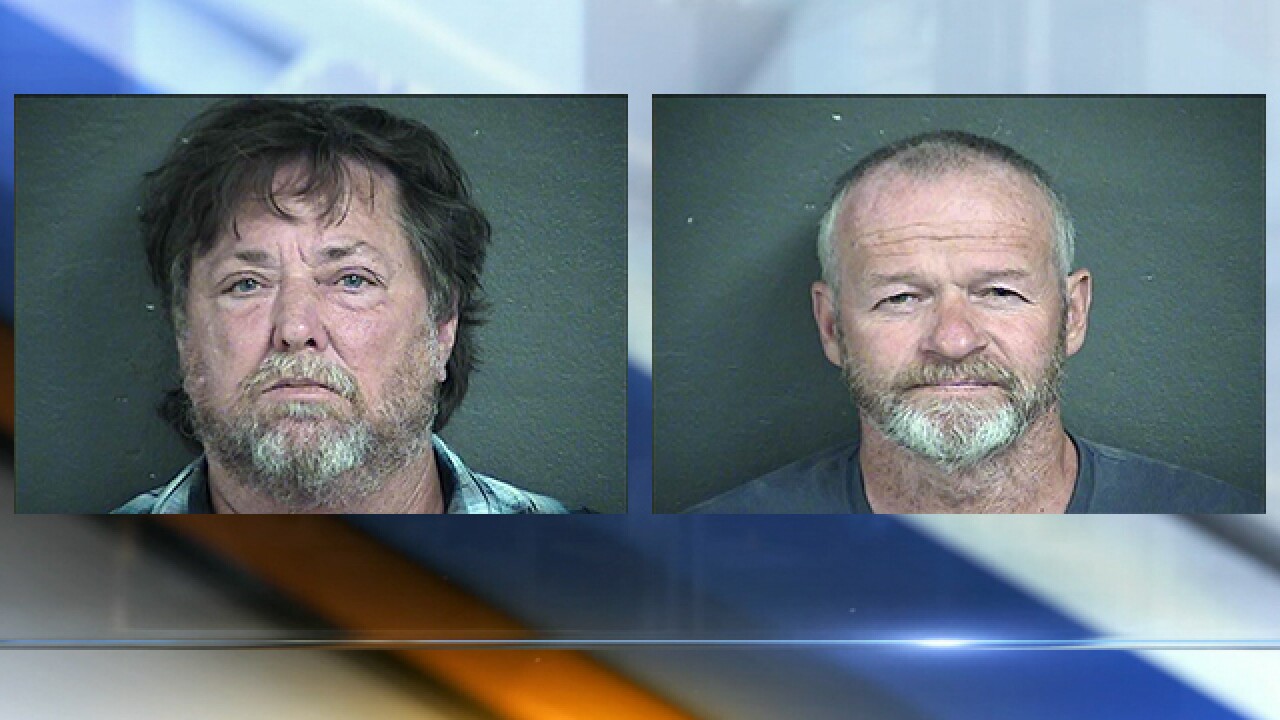 KANSAS CITY, Kan. – The second day of testimony in the case involving two maintenance workers at Schlitterbahn included continued questions about the existence of a brake pad on the Verruckt water slide.

According to testimony Wednesday at the Wyandotte County Courthouse, a maintenance log from July 2016 showed the brake pad had been repaired following a report, but a similar report less than a month before the crash that killed 9-year-old Caleb Schwab has no corresponding log that it received repair.

The two workers, David Hughes and John Zalsman, are charged with giving false information to investigators, including whether the brake bad existed on the ride.

The testimony followed questioning during the first day of arguments on Tuesday.

On Wednesday, prosecutors interviewed several water park employees who recalled seeing the brake mat on the ride at various times. When Hughes and Zalsman were interviewed by investigators, they maintained the ride never had the mat after it opened to the public.

By mid-afternoon Wednesday, prosecutors had rested their case.

Attorneys representing Hughes did not present any evidence or call any witnesses in his defense and rested.

Zalsman's attorneys called one witness, a former Schlitterbahn worker, to the stand.

Neither Hughes nor Zalsman took the stand in their defense.