KANSAS CITY, Mo. -- The green wasn't as bold along the St. Patrick’s Day parade route this year as people covered up their festive gear with coats and blankets.

"I like the fun the parade and seeing all the different floats. Kids having fun they're excited,” said Delores Daniel who was bundled up with her family.

8-year-old Mia Schorgl found a way to stay warm and show off her spirit, "I'm wearing warm clothes and I dressed up,” she said.

For some, this was the first year they had attended the Kansas City Celebration.

Others say they’ve been coming to the parade for years.

"Seven years in the same spot. I take my daughter every year so this is like a tradition for us,” said Quin Johnson who brought her daughter and her friends.

McKenzie Burch and her family arrived early to be sure they’d get a good view.

"We've been waiting for like two hours because it's like a family tradition that we always come here,” said Burch.

As people celebrated police patrolled the crowds and parade route. Officers kept an out to make sure people were obeying open-container ordinances. They also were looking for any unattended bags and backpacks.

Police will be performing DUI saturation patrols throughout the weekend to ensure everyone makes it home safely from St. Patrick’s Day celebrations. 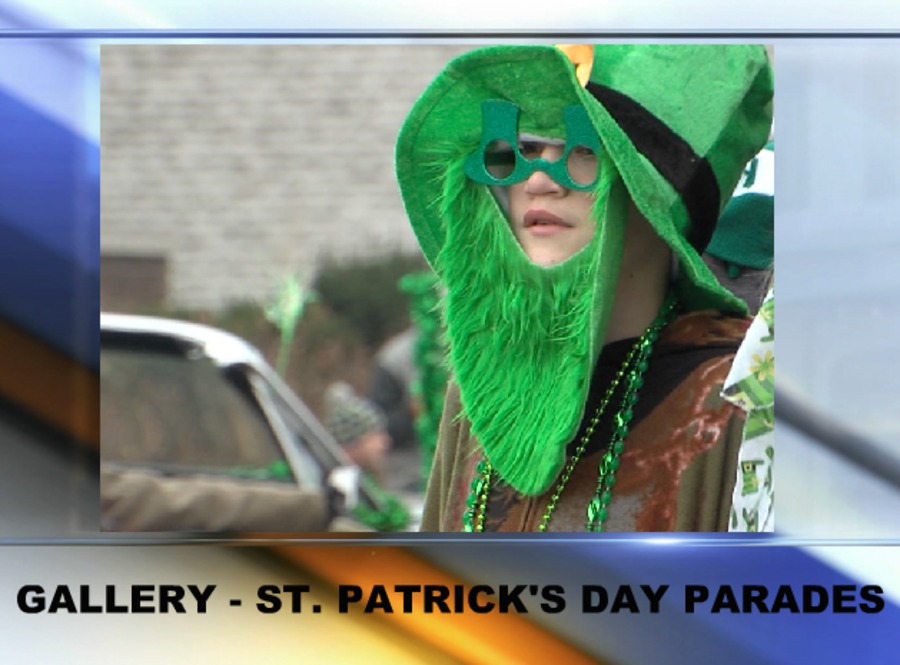