Thousands show up on cold, overcast day for Trump rally in Topeka 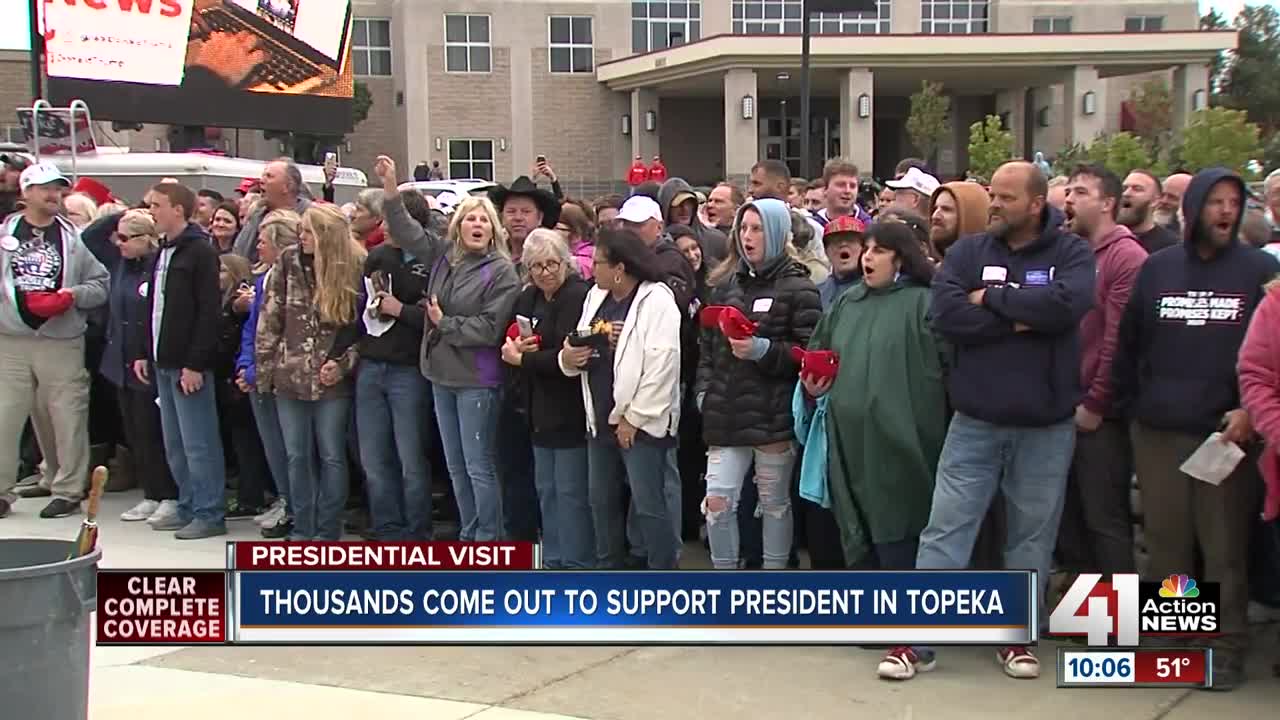 A rally featuring President Donald Trump attracted thousands of supporters Saturday at the Kansas Expocentre with long lines outside the venue hours before the event began. 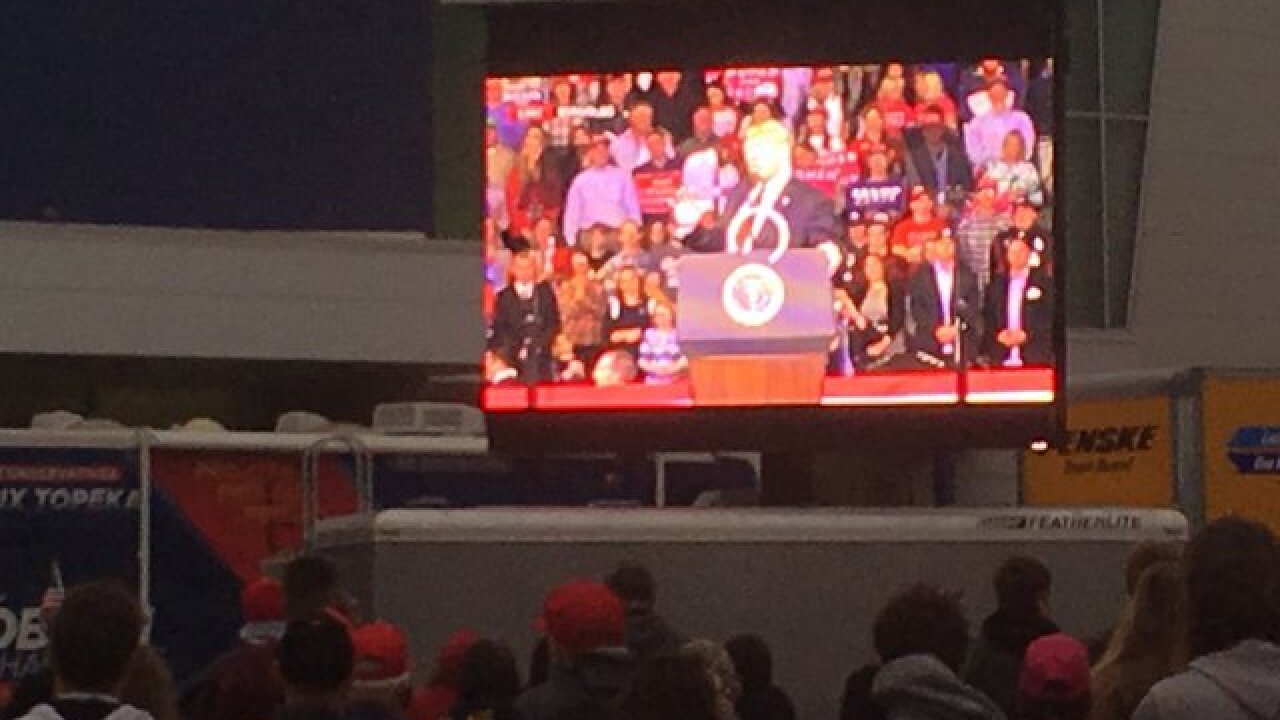 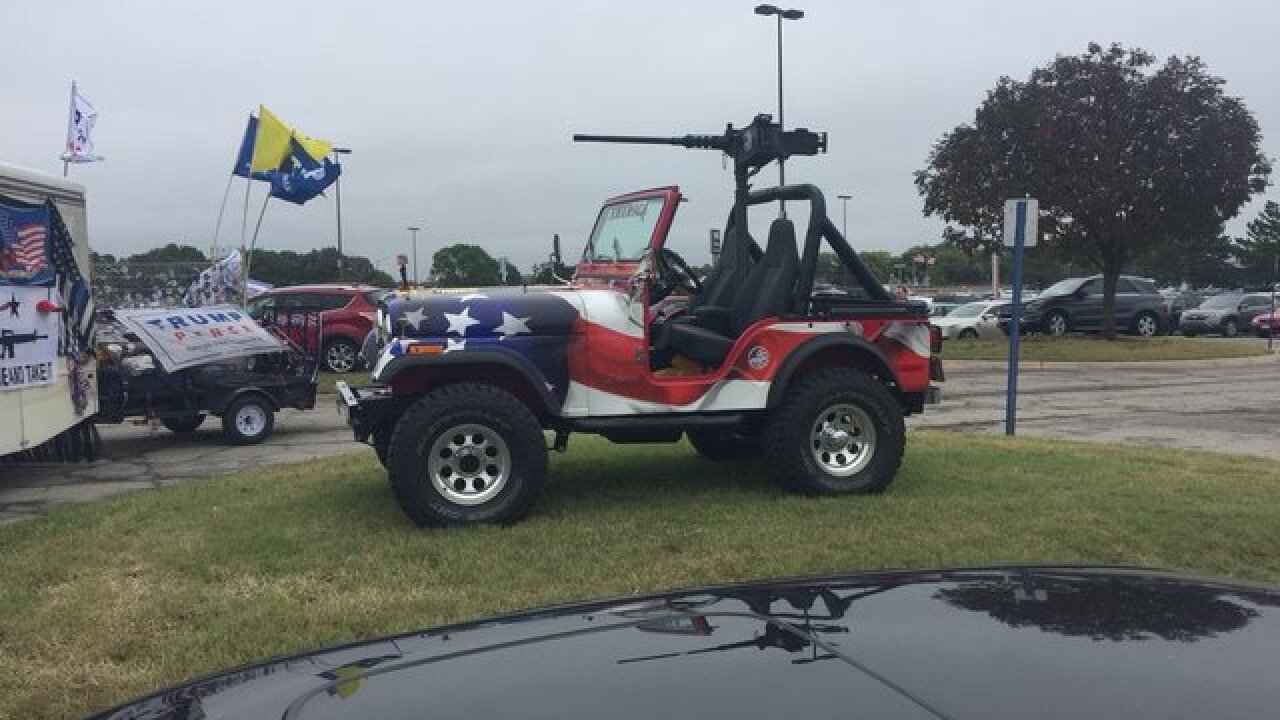 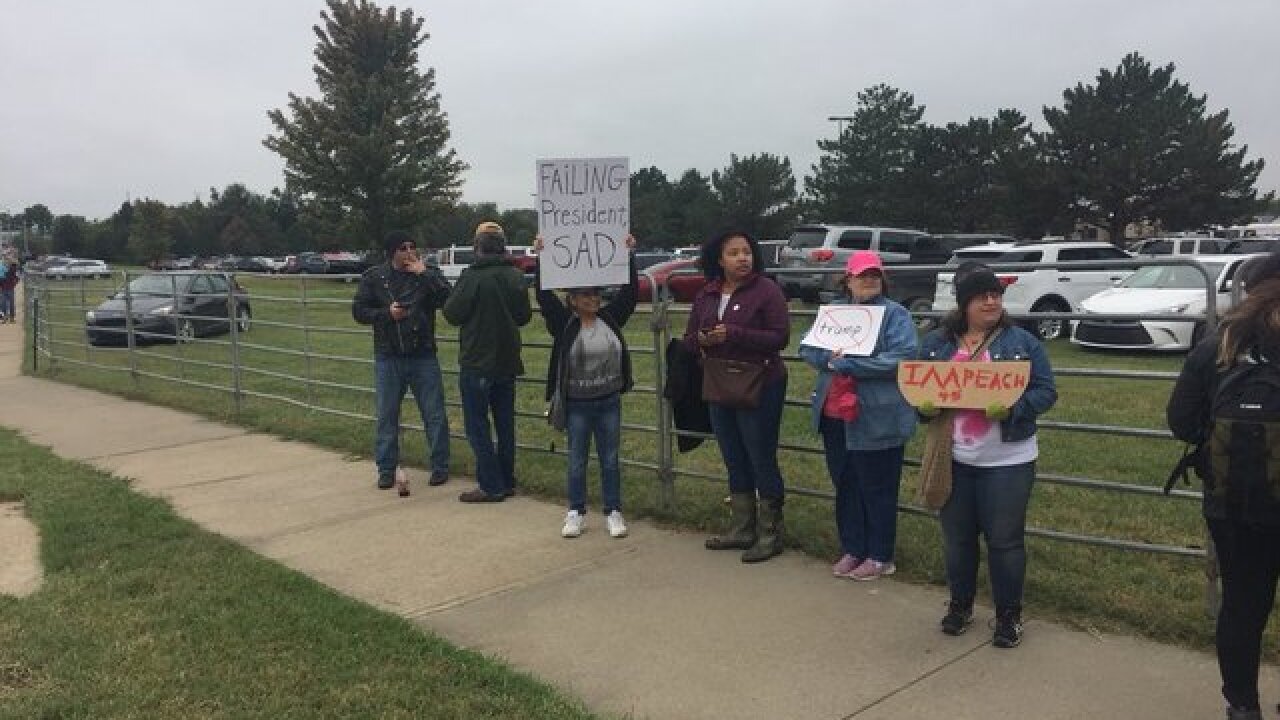 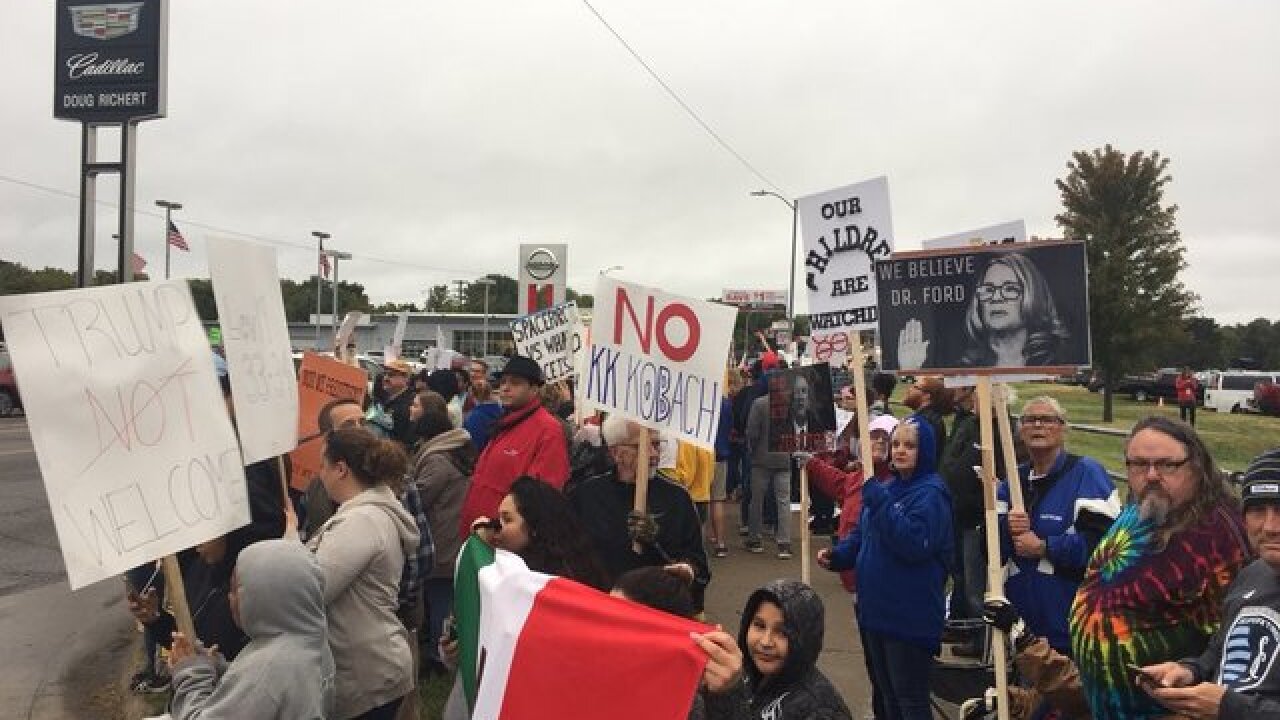 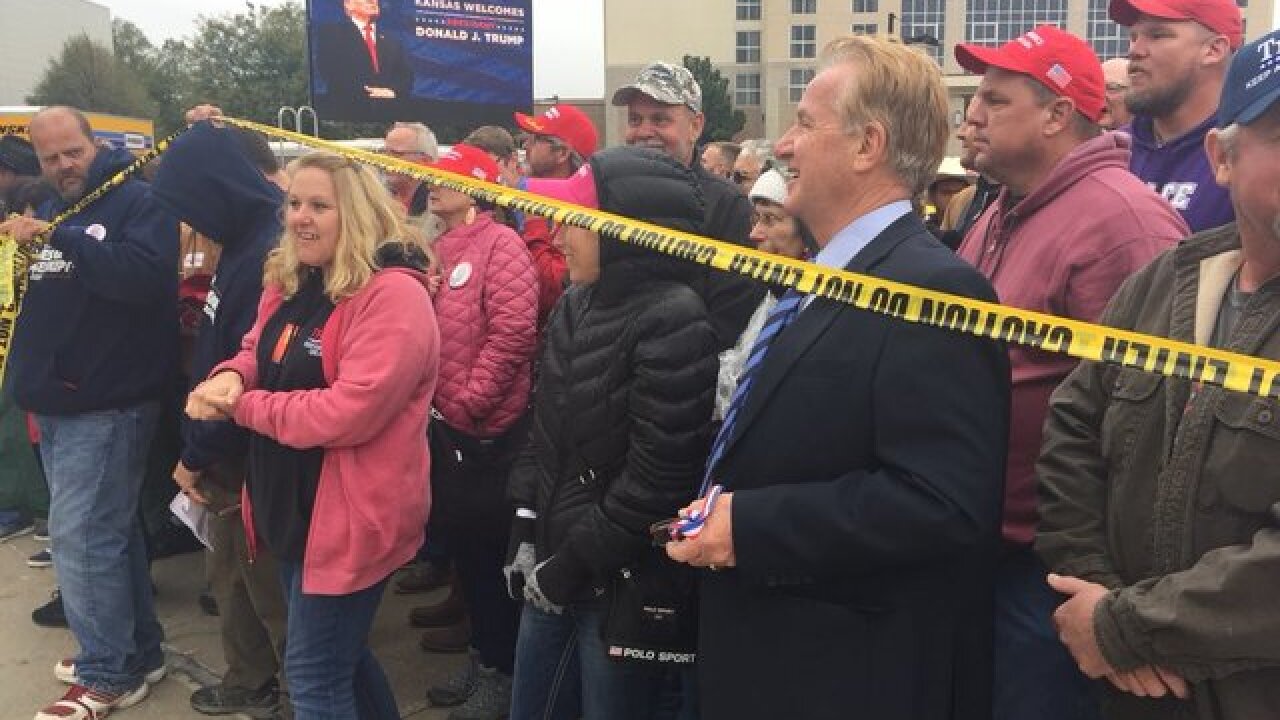 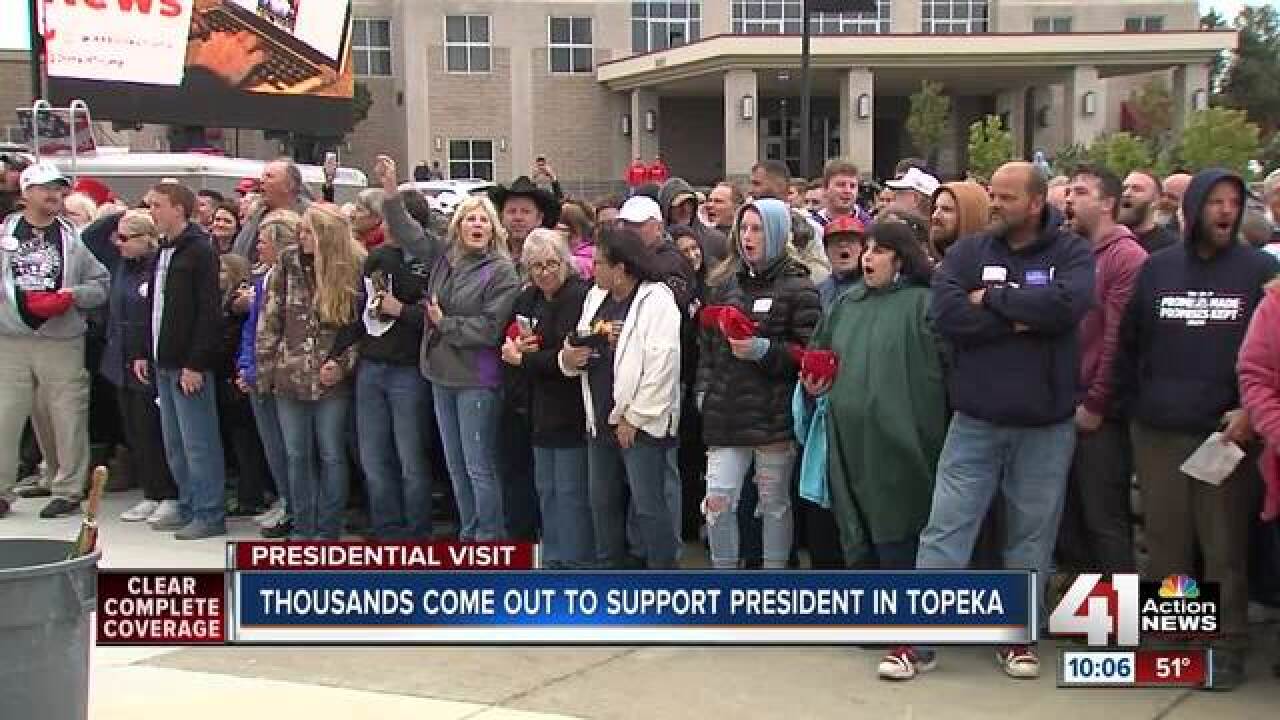 TOPEKA, Kan. — A rally featuring President Donald Trump attracted thousands of supporters Saturday at the Kansas Expocentre with long lines outside the venue hours before the event began.

Despite a cold and overcast day, those waiting for Trump wouldn’t let anything get them down.

Crowds also gathered at Topeka Regional Airport to catch a glimpse of Air Force One when it landed around 5 p.m. with Trump aboard.

But the primary attraction was a few miles away, where Trump and Kansas Attorney General Kris Kobach were among the featured speakers at a Make America Great Again rally that started at 6:30 p.m.

Supporter Richard Snowden told 41 Action News that he arrived at the Expocentre around 11:30 a.m. Friday to be at the front of the line for the event.

“This is fabulous,” he said. “I think it’s historic because it’s within two hours after (Judge Brett) Kavanaugh is voted in (to the Sureme Court) and that’s great.”

Many supporters wore hats and T-shirts in support of Trump with some waiving flags and even decorating their cars for the President's visit.

Organizers expected more than 10,000 people for the rally.

With a packed crowd inside the arena, supporters who didn't have a ticket could watch the speeches on a video monitor outside the venue.

“We’ve never seen a President live before and this is the first opportunity,” Kathleen Butel said. “It’s a mob. It’s exciting. Everybody looks happy.”

The rally also attracted protesters at the entrance to the Expocentre parking lot.

While the protest started off with only half-dozen participants, it swelled to roughly 100 people by the time Trump took the stage.

“A lot of people believe that only their side should be allowed to speak," protester Nichole Saunders said. "I’ve actually been threatened today for my viewpoints. People need to realize that other people have the right to speak as well, not just them.”

With election day a month away, Trump supporters said the rally served as a strong show of spirit.

“President Trump has given us more of an opportunity to go back to what has made us powerful,” said Michael Welton, a Trump supporter from Olathe. “Republicans are united and this is definitely going to put Kris Kobach over the top.”