KANSAS CITY, Kan. — A special assembly was held at Piper High School Thursday after a threatening and racist note was found in a bathroom.

Students said they are very upset about what was written in a stall of a boy's bathroom this week.

"Somebody wrote in the stall ‘kill all’ and racist slang terms and stuff," said Taya Jones, a freshman at Piper High School.

"Yeah, it’s messed up. Everybody is mad about it. Everybody wants to find out who it was and everything," said Brody Nick, a sophomore at the school.

The graffiti was found Wednesday and on Thursday, students said there was an all-school assembly to discuss the incident.

"I think it’s messed up someone would do that on school property and stuff just doing that," said Mekhji Turner, a sophomore at Piper.

Students also said this is not the first time something like this has happened.

"This kid wrote on a girl’s paper kind of the same thing and he got in a lot of trouble and expelled for it," said Nick.

The teens said other students spoke during the assembly, sharing how the words hurt them and saying this kind of action should not be happening.

"We should all just be getting along. It doesn’t matter what color our skin is. It really doesn’t," said Delaney Degroot, a freshman.

The school's vice principal said the incident is being investigated but would not give any other details. 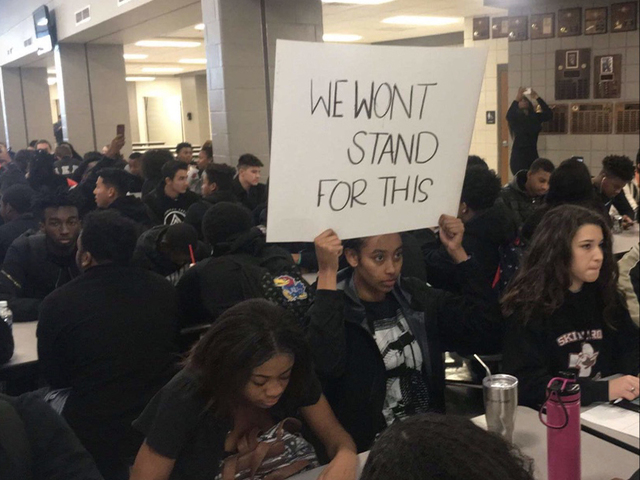