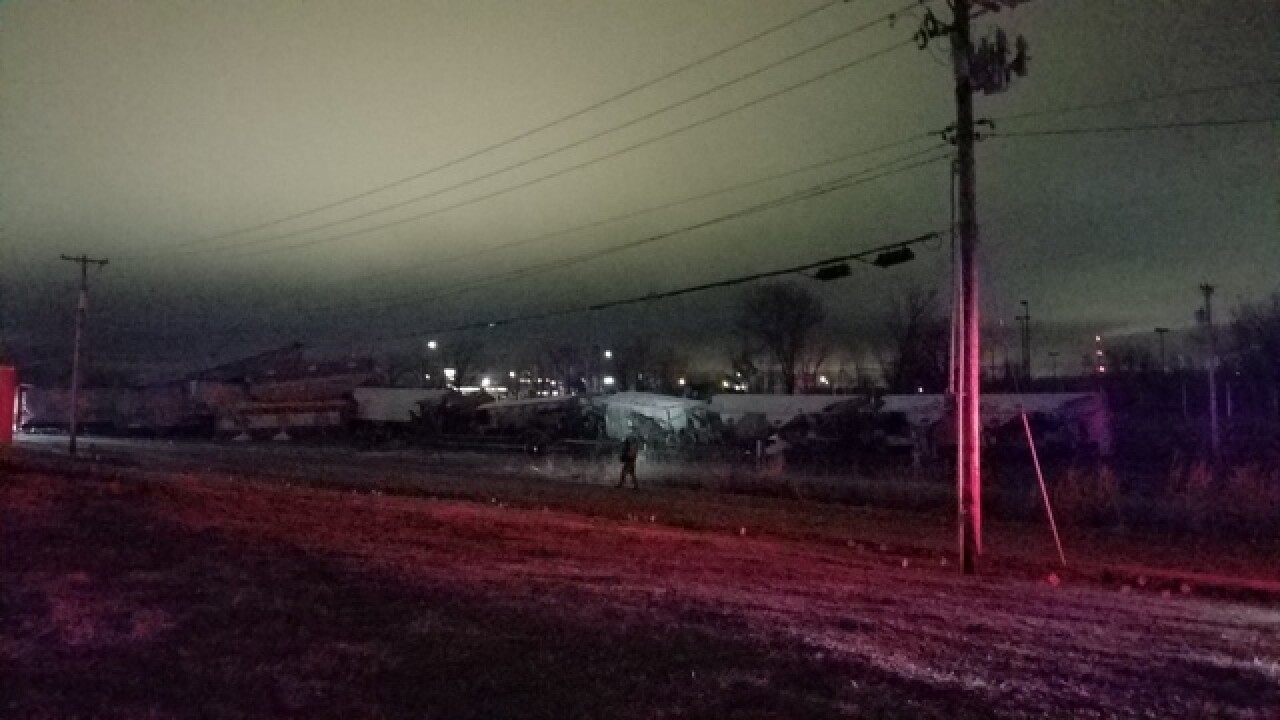 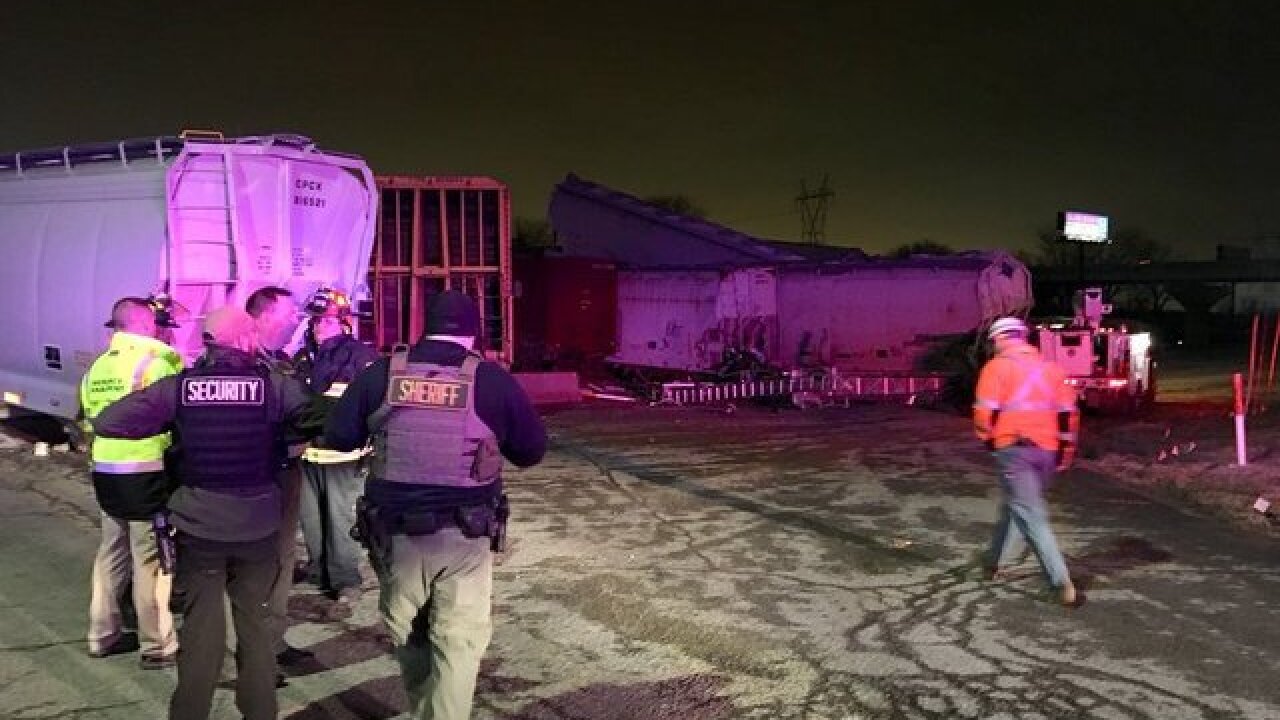 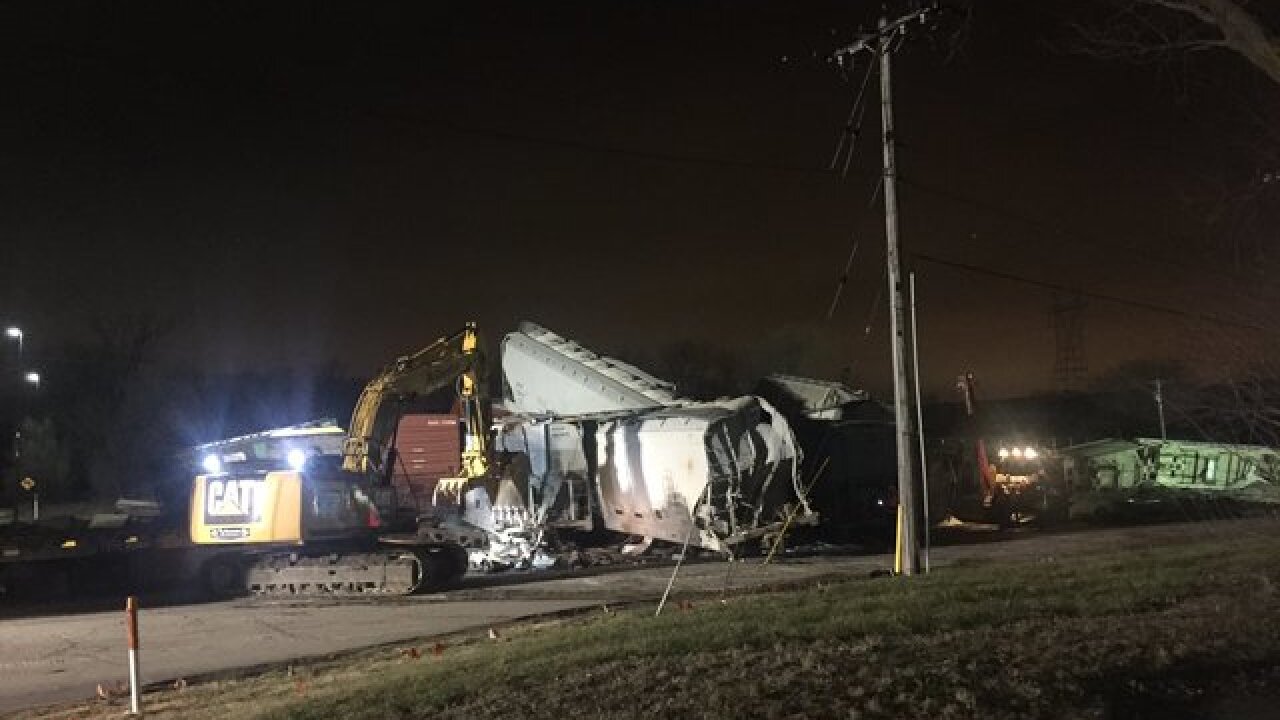 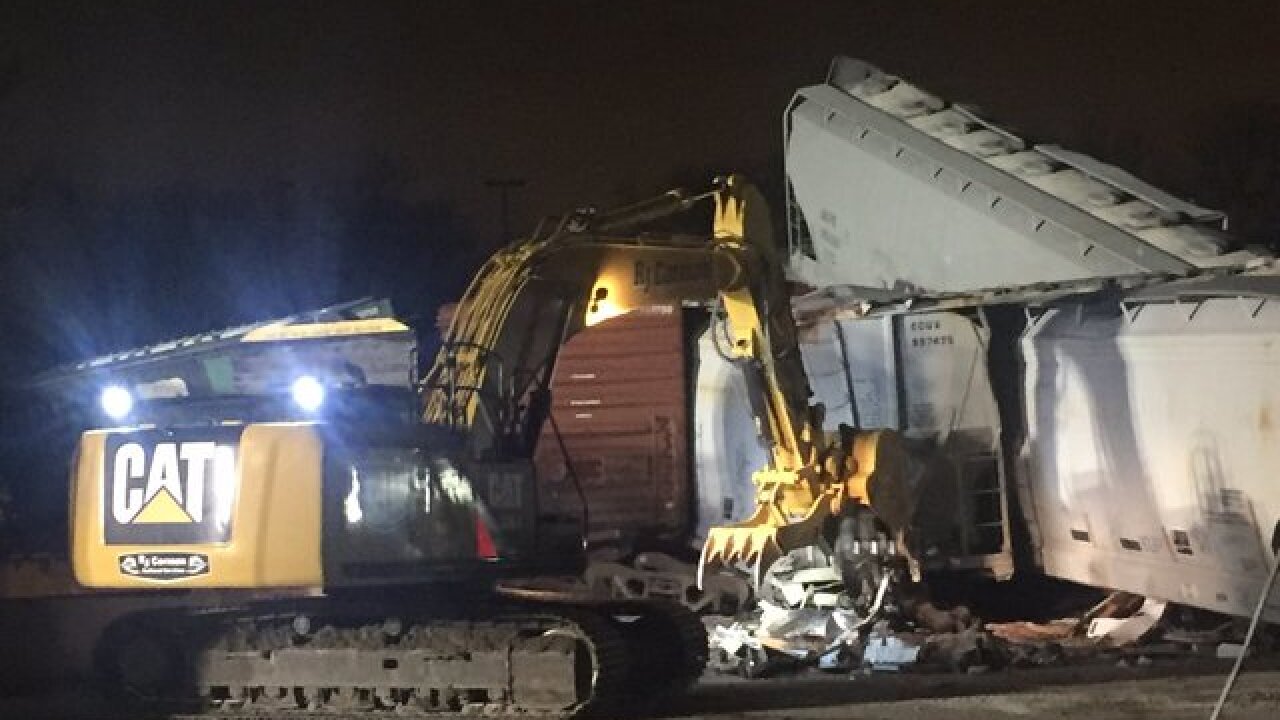 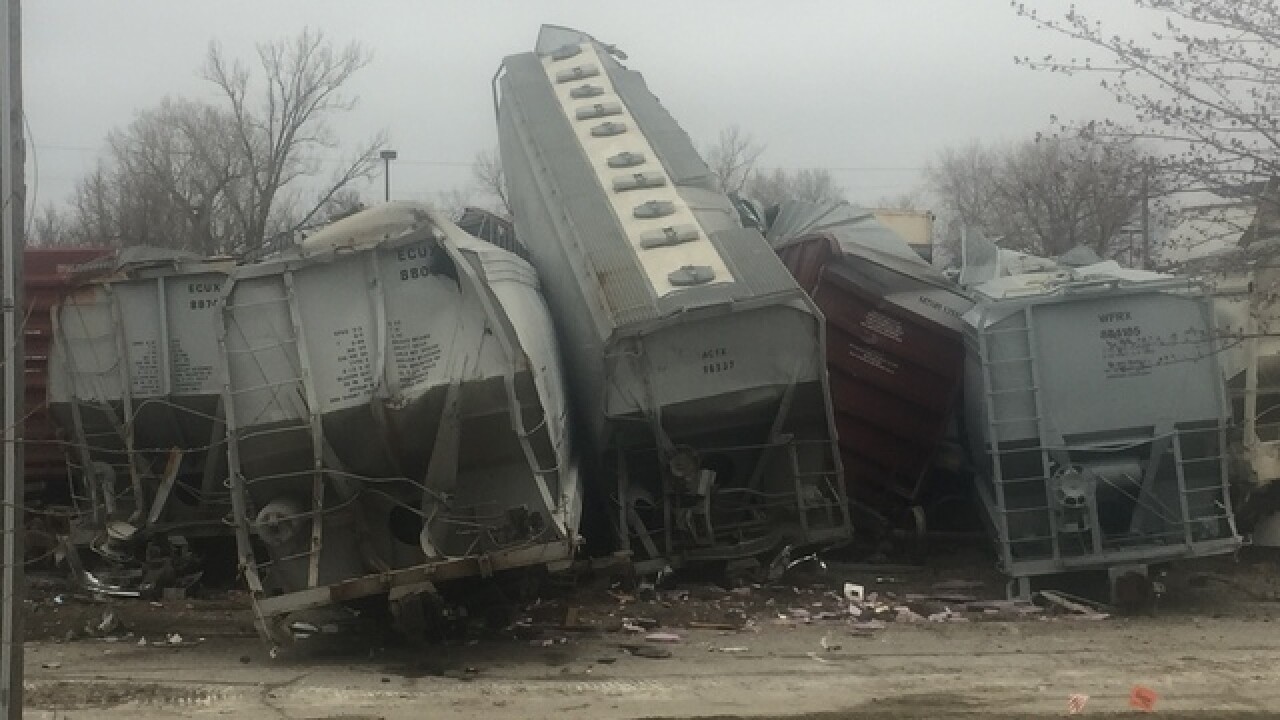 UPDATE:MARCH 25, 11:00 A.M. -  Andy Williams of Burlington Northern Sante Fe says the 84 car train was heading westbound to KCK when it derailed. 25 cars derailed, five are on their side.

The train was carrying mixed freight - a variety of items, and originated in the Chicago area.

A signal was also damaged in the crash and will be repaired.

Crews are working to clear the track and area, with hopes of restoring traffic by about 10:00 p.m.

The cause of the crash is still under investigation.

UPDATE: MARCH 25, 7:30 A.M. - The Clay County Sheriff's Department says no injuries were reported, and the contents of the cars were contained. The intersection of Randolph and Underground Roads is closed - and is expected to be closed  for the next 24-48 hours while teams work at the site.

RANDOLPH, Mo. — Kansas City, Mo. Fire Dept. and deputies with the Clay Co. Sheriff's Department are on the scene of a train derailment near the intersection of NE Underground Drive and N. Randolph Rd.

There are no reports of any injuries or hazardous materials on the train.

41 Action News has a crew headed to the scene and will update the story when more information becomes available.