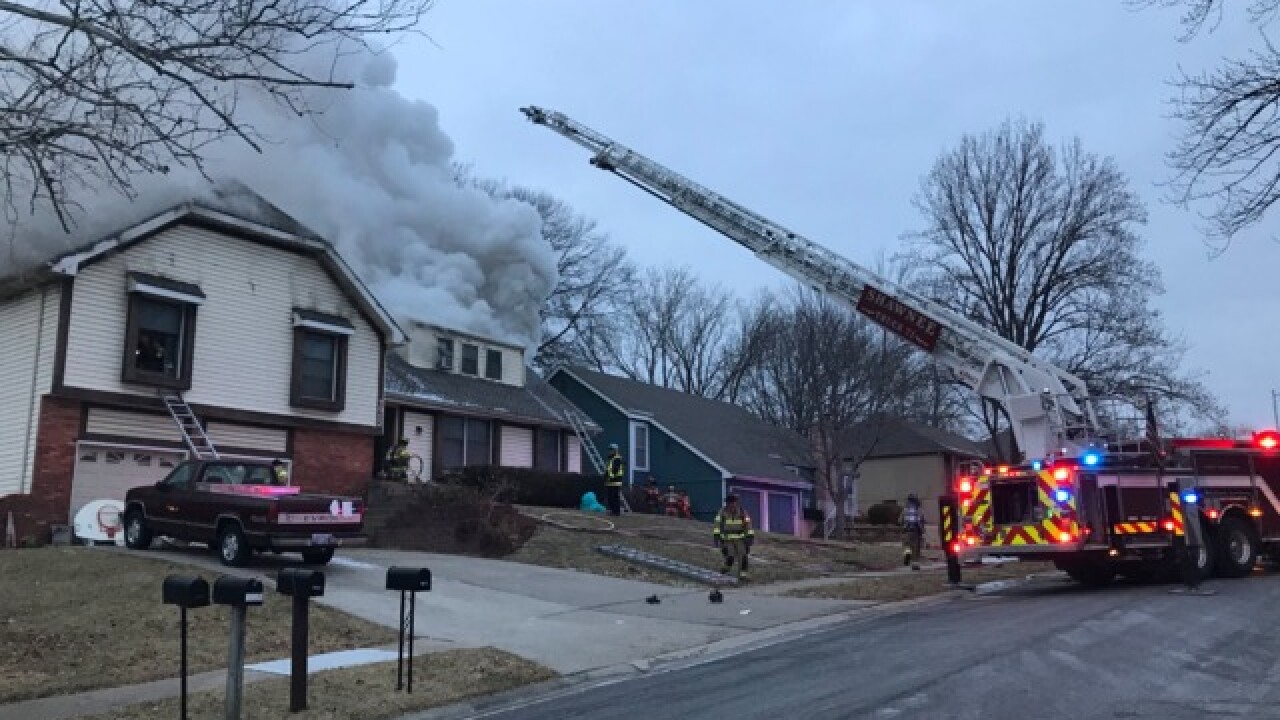 Copyright 2018 Scripps Media, Inc. All rights reserved. This material may not be published, broadcast, rewritten, or redistributed.
<p>Photo courtesy The City of Shawnee (Twitter).</p>

SHAWNEE, Kan. -- Two people are displaced after an electrical fire at a home in the 7100 block of Widmer Rd.

Firefighters were called to the home by neighbors around 5 p.m. Saturday. The residents weren't at home when the fire started.

First responders say they saw fire showing from the roof of the home when they arrived. Firefighters from Lenexa were called in to help.

Crews were able to control the fire within the hour. Damages are estimated at $125,000.

According to the fire marshal, a dog did die in the fire, but no civilians were injured.

A Shawnee firefighter was treated and released for a medical issue.